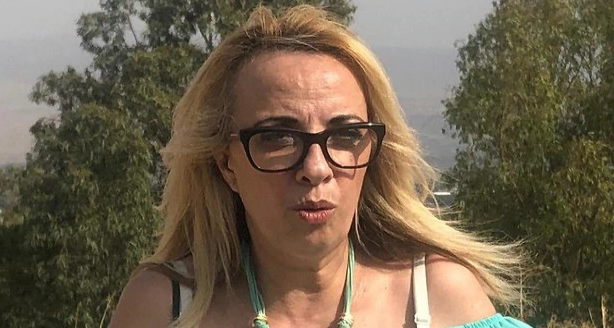 Prime Minister Benjamin Netanyahu erupts at a Likud activist who interrupted his speech during a medical center inauguration ceremony in the northern town of Kiryat Shmona on Tuesday, telling her she “bores” him and the crowd.

During his speech, Netanyahu stressed that the day on which the new medical center, which is meant to serve the residents of the periphery as well as the IDF troops who are stationed in the Golan Heights and the Galilee, is inaugurated is a “joyous day,” prompting Orna Peretz to shout “it’s a sad day,” interrupting the prime minister.

The prime minister replied, “You are just plain boring. Give us something interesting,” receiving applauds from his audience.

“I vote for you every time and this is how you answer me? You should be ashamed of yourself,” she shouted.

“We want to discuss things that are of interest to us,” he went on to say.

“I would be happy to hear your complaints and remarks, but now I have something personal to say,” Netanyahu added in reference to the passing away of his attorney Jacob Weinroth, who succumbed to cancer on Monday.

“If (the wellbeing of the periphery is so important to you-ed) why did you close our emergency room,” Peretz asked the prime minister, addressing the shutting down of the emergency room in the Ziv Medical Center in Safed in 2013.

After being silenced by the crowd that called her a provocateur, policemen escorted her outside.

The Prime Minister’s Office issued a statement in an attempt to explain the incident. 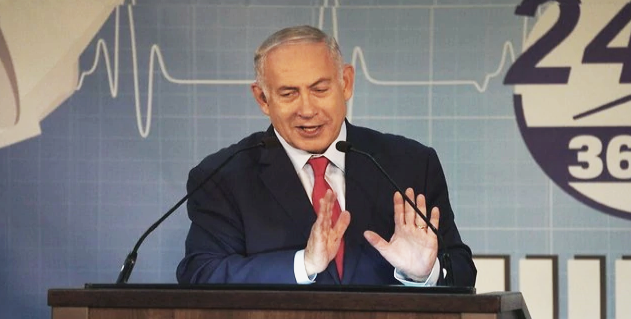 “Orna Peretz chose to interrupt the prime minister who wanted to pay his respects to his attorney and beloved friend Jacob Weinroth, who passed away on Monday after battling cancer.

“After Peretz had shouted, ‘it’s a sad day,’ the prime minister agreed with her in light of Weinroth’s death. Unfortunately, she continued interrupting him,” the statement read.

Netanyahu’s associates added that “the prime minister usually does not reply to those interrupting him during his speeches. However, Peretz violated every moral norm by choosing to burst into Netanyahu’s words while he was speaking about Weinroth, which pained the prime minister,” ignoring the fact Peretz interrupted Netanyahu after he concluded eulogizing his attorney.

Peretz explained she interrupted Netanyahu in protest against the fact that receiving treatment at the new medical center would involve payment.

Evacuation to the medical center—which a private company was hired to run—in a regular ambulance will cost NIS 800 an even more in an intensive care ambulance, due to the center’s big distance from Kiryat Shmona.

Evacuation to the emergency room in the Ziv Medical Center in Safed was free of charge since it belonged to the hospital prior to its closing.

Speaking to Ynet, Peretz said that “when Kiryat Shmona had an emergency room nearby, the residents could receive treatment and later submit a health services’ payment commitment form.

“When seeking medical treatment at the new medical center, Clalit Health Services patients would be obligated to pay a fee of NIS 89, which will not be reimbursed,” she elaborated.

“Kiryat Shmona is detached from the rest of the country as it is. We deserve to have advanced medical services,” Peretz stated.

Commenting on Netanyahu’s reaction to her protest, Peretz said, “Even if he doesn’t like what I have to say, it’s my right to say it.

“I belong to the right wing and have always stood by Netanyahu. It’s a shame he reacted in that manner, prompting Likud members to attack me.

“On Sunday he spoke at the Knesset, saying we are the only democracy in the Middle East. I guess reality shows otherwise.

“I’m done with the Likud,” she asserted.

Gabbay replied: “You don’t bore me. You have my full attention.”

Netanyahu also commented on the incident, tweeting, “This morning, a political activist interrupted me during a medical center inauguration ceremony several hours after I was said that my beloved friend, attorney Jacob Weinroth, had passed away.”

“I’m used to criticism and have no problem with heckling. But today, at the deepest moments of sorrow and grief, I felt it was inappropriate,” the premier concluded.

In this article:Benjamin Netanyahu, Finance, Likud