A new poll finds that 75 percent of American Jews disapprove of President Donald Trump, and that 74 percent plan on voting for Democratic candidates for Congress this fall. The survey was conducted by the Mellman Group on behalf of the Jewish Electoral Institute (JEI). The poll of 800 American Jewish voters confirms that American Jews remain firmly within the Democratic fold.

American Jews are particularly negative in their perception of President Trump’s handling of health care, the environment, gun safety, immigration, the Supreme Court and taxes. The poll also finds widespread disapproval with Trump’s handling of the Iranian nuclear deal, anti-Semitism, moving the U.S. Embassy in Israel, the U.S. relationship with Palestinians, and U.S. foreign policy overall. 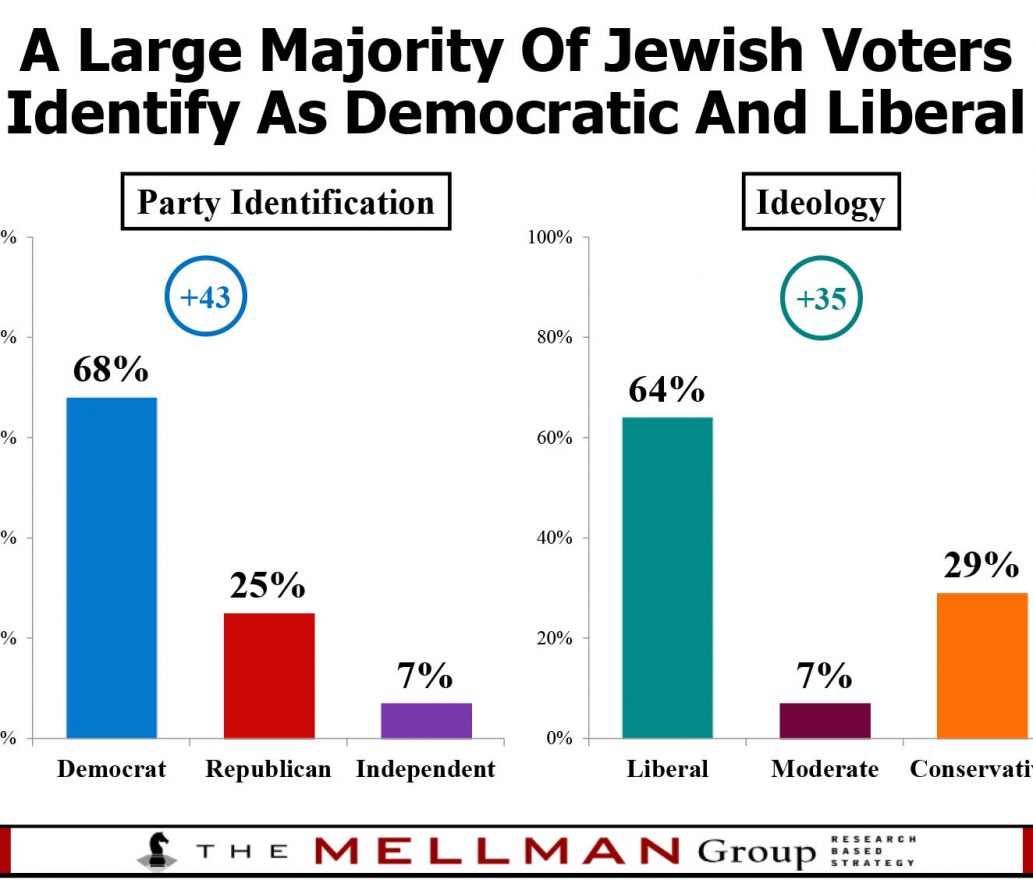 When deciding which candidates to support in the midterms, “very important” issues for American Jewish voters are as follows: “the kind of Supreme Court Justices the candidate will support” (90%), “protecting Medicare and Social Security” (84%), and “making quality affordable healthcare available to every American (83%). While a significant number of Jewish voters (52%) say that a candidate’s support for Israel is “very important,” it is one of many issues of importance weighed by American Jewish voters when deciding which candidate to support.

On the topic of Israel, the poll finds that an overwhelming majority of American Jews support Israel, but also are critical of at least some of the Israeli government’s policies. Ninety-two percent of respondents identify as “generally pro-Israel,” but 59 percent of respondents also express some disagreement with the current government’s policies.

While Jewish voters are split almost evenly on how they respond to the way President Trump is handling U.S.-Israel relations, few are willing to support him on that alone. Only 6% say Trump’s Israel policy will cause them to consider voting for him despite disagreements on other important issues. Another 20% say they support Trump’s policy on Israel, but “disagree with him on too many other important issues.” In total, 71% say they will not consider voting for Trump in 2020.

American Jews also see Democrats as a pro-Israel party. Nearly two-thirds (64%) of Jewish voters believe the Democratic Party is “pro-Israel,” including 84% of those who identify themselves as Democrats.

“This poll proves what we have known for a long time: Americans Jews have a natural home in the Democratic Party due to its progressive, pro-Israel values,” said Jewish Democratic Council of America (JDCA) Executive Director Halie Soifer. “Jewish voters overwhelmingly support Democrats, and Democrats overwhelmingly support Israel. Democrats will win back control of Congress if we successfully get out the Jewish vote in November.”

The poll was conducted online between October 2 and 11, and selected for likely American Jewish voters. 93% of those polled indicated they are “almost certain” to vote in November. The margin of error is +/- 3.5 percent. The Mellman Group has provided sophisticated opinion research and strategic advice to political leaders, public interest organizations, Fortune 500 companies and government agencies for over thirty years. Mark Mellman, the group’s founder and chief executive officer, is president of the American Association of Political Consultants