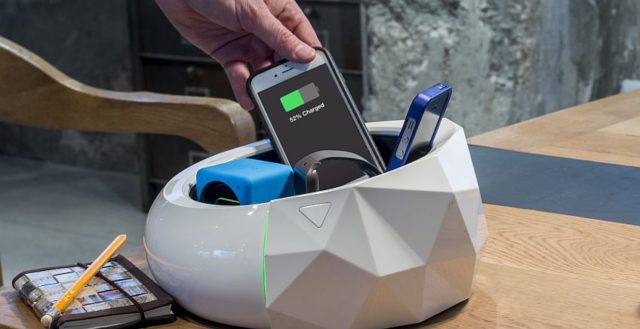 You come home with a smartphone battery close to dead, but its charging cable is nowhere to be found. And your kids want to play with that new rechargeable toy truck right now but it needs an hour or two before it’s juiced up.

Wouldn’t it be great if you didn’t have to worry about charging your devices and toys? If wherever you usually put them – in a briefcase, backpack or gym bag for the phone; in the toy box for the truck – was itself a battery charger?

“When we get into our cars, we intuitively drop our phones into the cup holder. When we return home, we put our Fitbits and wearable devices into a drawer or on a nightstand. When we head out to the gym, we put our wireless earbuds into a bag,” Lachman tells ISRAEL21c.

“We have all these storage units scattered around our lives. What Humavox does is turn everyday objects that are currently passive into active charging devices.” 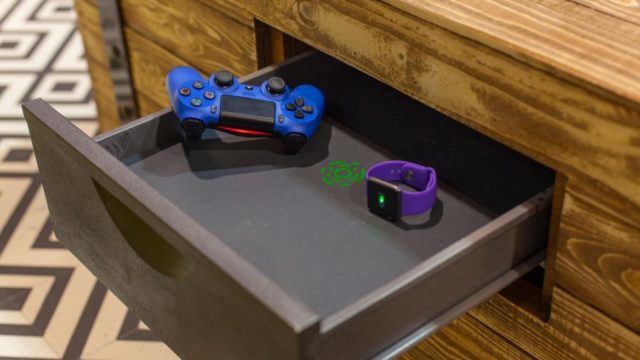 Humavox’s technology consists of a tiny transmitter that’s embedded into a bag or cup holder and a tiny receiver that’s placed in your phone or wearable. Electricity is sent wirelessly via a standard called near-field radio frequency (RF).

Because the charging takes place at short distances in an enclosed space, Lachman insists it’s not dangerous. “It’s a safe, leaner version of a microwave oven.”

A Humavox-powered bowl or bag can charge multiple devices at once, removing the guesswork of remembering which device goes with which charger. Humavox identifies which devices are in the charging space and quickly understands their specific power needs, battery material and charging curve. Devices don’t have to be perfectly aligned on a charging pad, as with most of today’s wireless charging solutions.

With the average family owning some 24 electronic devices, minimizing the ever-growing tangle of cords seems a worthy goal.

Don’t expect to be able to run out and buy a Humavox wireless home charging “kit” any time soon, though – the company is focused for now on working with manufacturers and third parties to include Humavox’s technology out-of-the-box.

Surely we’d all prefer the convenience of doing away with individual charging cables. But in a hospital setting, charging becomes much more than an inconvenience.

More and more hospital devices and sensors are wireless these days. For example, biometric wearable patches that measure patients’ heart rate, breathing patterns, temperature, stress levels, sleep cycle and more, transmitting that data via Wi-Fi or Bluetooth to a nearby recording device, must be charged up and ready at all times.

A hospital might have hundreds of patches in different departments at different stages of charge. “You could hire a maintenance guy” just to manage charging, Lachman says, “but no one’s really going to do that. So we say – keep using your patches the way you already have. If at the end of the day, you usually store them in a cabinet, we’ll turn that cabinet into a charger.”

There are also battery-powered devices inside the human body – devices like a pacemaker. The latest pacemaker batteries can last for up to 10 years, but when the battery needs to be replaced, surgery is required. Humavox’s technology will allow pacemaker-type batteries to be charged wirelessly and externally.

That was where Lachman saw Humavox heading when he started the company in 2010. He and cofounder Asaf Elssibony had a friend who was injured during his service in the IDF. To manage the pain, doctors suggested a medical implant. But the implant’s battery life was even shorter than that of a pacemaker.

“We have medical device companies, hospitals, patients and insurance companies needing to meet every three to four years [for surgery], accumulating a cost of up to $300,000. Why – because the battery is dead?” Lachman thought.

In fact, the name Humavox comes from this original concept for the company: a combination of the Latin words for “human” and “electricity.” 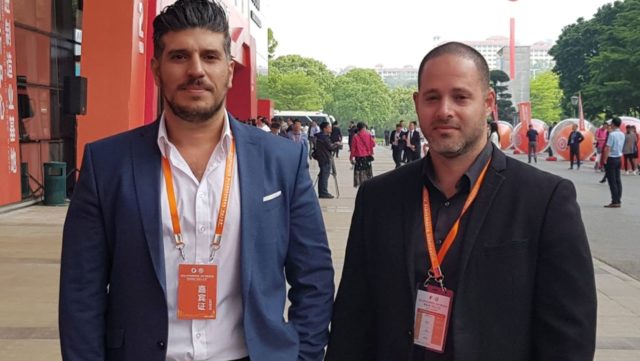 However, Lachman and Elssibony realized it could take a dozen years to commercialize the technology their friend needed. “We put the medical implant approach on ice and decided to start with other markets that are more feasible today and that don’t look so much like science fiction,” Lachman tells ISRAEL21c.

The opportunity is huge. Even in factories, hand tools are getting the IoT (Internet of Things) treatment to help management keep track of their location and monitor them for signs of needed repairs. All those thousands of IoT screwdrivers and saws need to be charged, though. Will someone remember to plug them in each night?

That’s a key reason tool giant Stanley Black & Decker invested in Humavox in June. Lachman couldn’t give us more details on the specific Stanley products that will result or the amount Stanley invested, but the 18-person Kfar Saba-based company looks certain to grow. 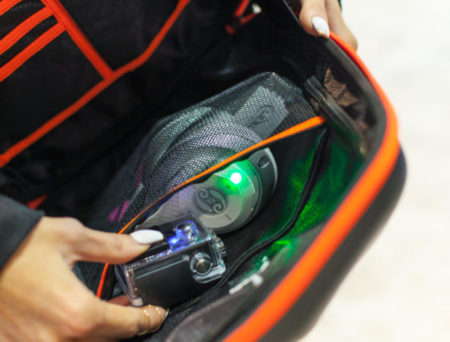 Wireless charging is not new – it first began getting engineers hot and bothered a decade ago – but has been hampered by competing standards. Two of those standards, Powermat and the Alliance for Wireless Power, have now merged into AirFuel. Humavox is heading the new group’s RF committee.

RF competes with “inductive charging,” which uses a magnetic coil to create an electromagnetic field. Inductive charging is more appropriate for larger devices, like an electric car battery, a kitchen appliance or a laptop.

“It’s unlikely you’ll use RF to charge an electric vehicle,” Lachman says,” and you won’t use inductive charging to charge a set of wireless headphones.”

Fortunately, RF and inductive charging can co-exist, which is what’s helping to power the market forward finally. Humavox has coined a new term for its solution: “intuitive charging.”

Lachman is sure Humavox eventually will be able to help his army buddy and others like him. In the meantime, there are plenty of power tools, GoPros, hearing aids and FitBits to power. Coming to a drawer near you.

In this article:smartphone, Finance, Israeli Startups