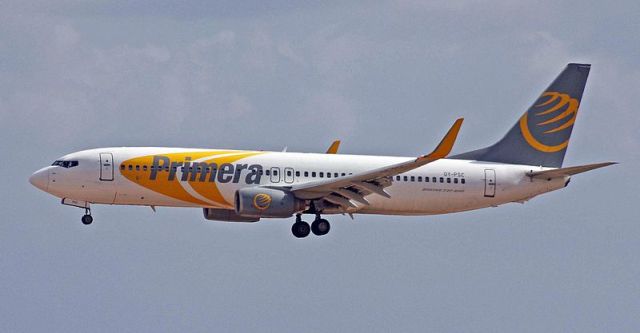 A new carrier, an eighth in number, the Danish airline Primera Air, will start operating at the end of October between Ben Gurion Airport and Paris.

The company will start operating on the new route at the end of October in five different pricing categories and will offer five weekly flights, Sunday through Thursday. Currently, the company will not fly to Israel on Fridays and Saturdays.

According to the company’s schedule, flights from Paris will depart at 06:20, and flights from Israel at 12:50 pm.

The company offers flights in five types of pricing. The lowest price for roundtrip flights is $174. On one-way flights from Tel Aviv to Paris the price starts at $69 and from Paris to Israel for $70.

The price includes only a small hand bag, but for a few dozen dollars you can add a 10 kg trolley and a suitcase weighing 23 kg and choose a seat. You can also upgrade to a card with a meal, with a preferred seat and the option to change details (free or paid).

Primera Air, based in Copenhagen and Latvia, was established in 2003 as a charter company that operates mainly for vacation destinations. It has a fleet of 9 Boeing 737s and orders for the A321 Airbus. 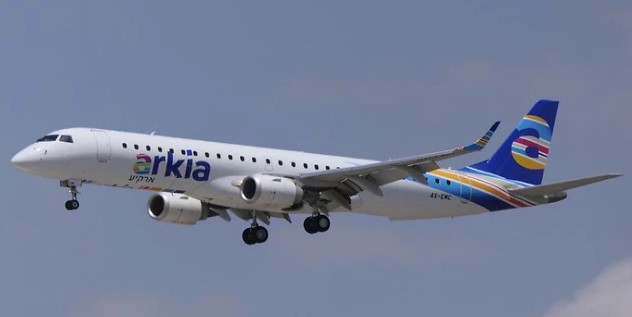 Israeli carrier Arkia will receive the new Airbus A321LR passenger plane, which is designed for long distances (up to 7,600 km), which will allow it to open new routes such as to South India and Scandinavia.

Four years ago, Arkia signed an agreement to acquire four Airbus 321 aircraft that were supposed to be in service at the company. However, when Airbus announced the development of the improved range aircraft, Arkia owners, Nakash Group, decided to convert the order to three new models.

According to the company, Arkia will be the first airline in the world to receive and operate the advanced passenger plane.

Four years ago, Arkia signed an agreement to acquire four Airbus 321 aircraft that were supposed to be in service at the company. However, when Airbus announced the development of the improved range aircraft, Arkia owners, Nakash Group, decided to convert the order to three new models.

The goal is to operate lines even longer than the current lines, so that they will cover all of Europe (as far as Ireland and Iceland) and will also reach southern India. They will also use the company on its existing routes to the Seychelles and Zanzibar in Africa.

The modern aircraft is the narrow-bodied commercial plane (with one pass) with the largest range in the world. According to Arkia chairman Avi Nakash, this aircraft will enable the company to perform long flights with maximum efficiency.

Airbus manufacturing the plane in two main configurations: a plane with only Economy Class (238 seats) and a plane with two departments (business and tourists) with 206 seats.

Arkia decided on a flexible configuration of Economy Class and Premium Economy Class with 6 to 5 lines. The premium department will not be modular, so that the whole aircraft can be converted into a tourist class only, as required. According to Arkia, the seats on the plane will be spacious, with a 30-inch leg.

With the arrival of the new aircraft, Arkia will start operating on the company’s European lines, as well as seasonal destinations in Africa. Toward the autumn of 2019, the company plans to fly to Goa and Cochin in India.

Arkia pilots are now learning how to fly the new plane, and upon its arrival and the start of its operation, the company plans to remove its Boeing 757 from service.

In the spring of 2020, the company will also receive two large-bodied Airbus A330-900 aircraft, which will be used for long-haul flights. The company currently operates a chartered plane (Boeing 767), which it uses for flights to Bangkok, and plans to operate flights to other destinations as well.