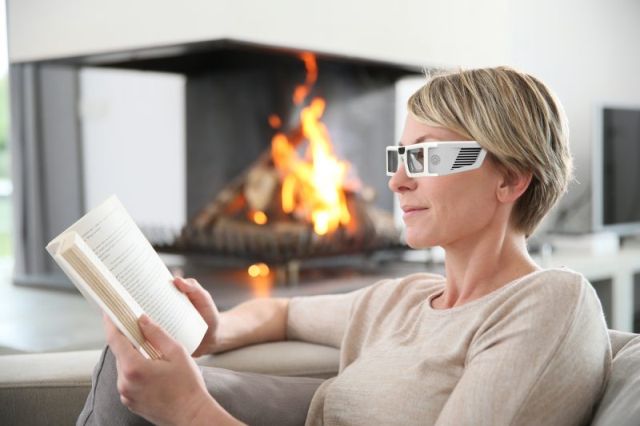 Israeli company ICI Vision has developed digital eyewear with the potential to give millions of legally blind people the ability to see.

The company’s Orama high-tech glasses are the brainchild of Haim Chayet, an Israeli optic physicist who was originally creating augmented-reality goggles for motorcyclists.

Working alongside a friend who had damaged vision due to a scar on his eye, Chayet realized the technology would have greater impact as an assistive device for many people experiencing vision impairment. Joining forces with two partners in the field and top Israeli eye doctors in an advisory capacity, he launched ICI Vision in 2014.

“We approached the technology from the perspective of helping the millions of people with vision problems enjoy a new lease on life and maintain their independence,” CEO Tal Lotan tells ISRAEL21c.

Globally, 340 million people have impaired or complete loss of vision due to macular degeneration (AMD), diabetic retinopathy and other retinal diseases, resulting in direct annual treatment costs of $157 billion in the US last year.

Recognizing faces of loved ones

Orama’s “enhanced vision engine” combines artificial intelligence, eye-tracking software, computer vision and other software and hardware, including a built-in 3D camera, to fill in the gaps from loss of vision and optimize the image in front of the user’s eyes.

The eyewear is personalized to each user through eye mapping, a procedure that establishes the location of healthy retinal cells.

“Once the extent of a patient’s retinal damage has been established, we can build a set of glasses which projects images onto the healthy part of the eye to enhance their central vision,” explains Lotan. “No one else is doing exactly what we do.”

There’s an adjustment period as Orama users learn to interpret what they’re seeing. 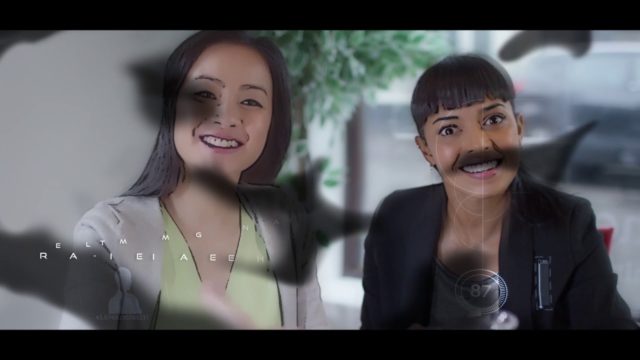 “During initial trials, patients were able to recognize faces of loved ones and see more clearly in their central vision. We have a lot of people interested in trialing the product as they have put their hope in our technology as a solution to their loss of vision,” says Lotan.

ICI’s technology is patented in the United States, China, and Australia and patent-pending in Europe and Japan. The company is gearing up for its first round of seed funding with hopes of securing $3 million toward R&D and manufacturing costs, and expects to have 30 units ready within 18 months to test in home environments.

If all goes according to plan, Orama glasses could be sold globally by mid-2020.

The working prototype has been tested on more than 60 patients in Tel Aviv, with many able to see for the first time.

“We had a patient who had only been able to identify their partner’s face through touch who was able to see their face for the first time in four years — a remarkable moment for the couple,” relates Lotan.

For home and work

In its current phase, the product is intended for in-home use so that users can engage directly with other people, read books, watch television and become familiar with their home surroundings, often for the very first time.

The glasses are also functional for those struggling in the workplace.

“We trialed the glasses on a patient who was having difficulty communicating in office meetings. Once she put on the glasses, she was able to see where voices were coming from and feel part of the conversation, rather than a passive listener,” says Lotan.

“We hope that many patients will experience the benefits of Orama in such a way that will help them excel in situations which before were not so simple.”

According to professor of ophthalmology and retina specialist Prof. Adiel Barak, a member of ICI Vision’s medical board, “Preliminary results of the observational studies, conducted by ICI Vision in Israel, are showing major improvement in standard vision tests and real-life simulation tests (viewing faces). Further trials will be held on an ongoing basis in order to provide ICI Vision’s constant feedback of the device’s efficacy and to make careful improvements.”

ICI Vision plans to target people with retinal disease across the US, Europe and Asia. “Our audience stands at over 50 million, which is substantial, but in reality reflects an aging population,” says Lotan.

But the story doesn’t end here. The company’s goal is to introduce monitoring and restorative functions into Orama at a later stage.

This will be made possible by a recent medical development using infrared light to cure or help patients with dry AMD, a cause of blurred or reduced vision.

“This technology is in early-stage development and is something we aim to patent in the future. If we succeed, it will be a real game changer,” says Lotan.

In this article:Health, technologies, Finance