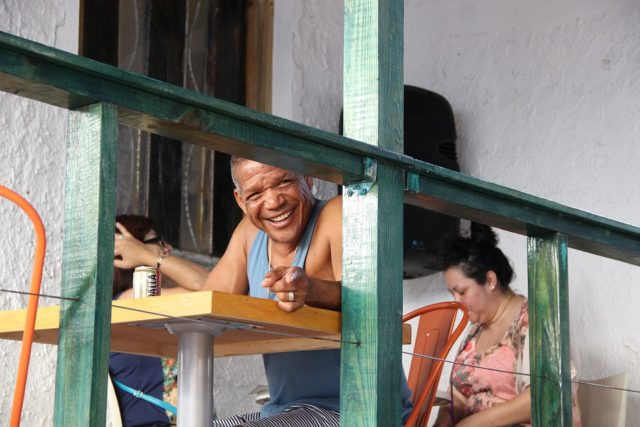 Some things remain so true about America today for Puerto Ricans.

All people in Puerto Rico can improve their education and people can learn different languages fast. But before you learn more, please take a close look at POLITICIANS. This is the truth as I see it. Please do not remain too busy to learn what I am sharing. Donald Trump is an exception since he has never held public office before and we wish him success somewhere else…somewhere else…somewhere else. He didn’t come from a community because he built a wall for himself decades ago.

The poverty of urban and rural areas has disturbed me and education is one of the keys to success. Why do you think the central theme of my campaign to help people is Ojalá Que Llueva Café y Educación en el Campo? The message is transcendental just as Juan Luis Guerra is.

I have known a lot of Puerto Ricans in my life, but there are clearly others who have known many more Puerto Ricans than I have. It all started in a New York City Housing Project and a school on the Lower East Side. I cannot say that I ever went over to a Puerto Rican home, but the mid-1950s was a time of giving as people came out of the Great Depression which shaped my parents. My grandmother and my parents reached out to help a Puerto Rican neighbor and around a decade later I taught in the school where that neighbor’s children attended. The memories of those days and the help offered and accepted were still there. That’s what friends are for?

I had one relationship that turned south, but it worked out well. A classmate got upset at me over my mentioning his mother’s name a few times (Inez) and the problem came to a head during a little league baseball game when the youth showed up with his group of friends. I was confronted right there on the field with a small crowd of people nearby. I thought fast as a wrestling match took place, one on one. I decided to throw the match and submit. Not a single person, spectator nor team manager nor anyone came over to break things up, probably because the winner was declared in five seconds. No bell rung to terminate the match and there were no incidents after that. No knives, no guns, no threats, no nothing…nada. What was its impact on me psychologically? I don’t know. The incident certainly was no West Side Story on the Lower East Side (that was before West Side Story).

Things continued the same way for many years and then I visited Puerto Rico. San Juan’s Condado section (La Concha). After that I took many trips by myself. In fact all my trips after that were alone. Back in the school cafeteria, I mentioned to a newly arrived Puerto Rican teacher that it was “too bad” that Puerto Ricans had to come here. She got agitated, but she calmed down upon hearing that I called Puerto Rico a paradise. The island had so much potential, but I learned decades later that potential is not enough. Investment (heavy investment) goes to places that have English speaking people and that was lacking in Puerto Rico.

I learned from someone in New York City that is was a psychological problem with Puerto Ricans, but it really results from studying a language that is much harder than a person’s native language (at least that is my opinion). I have taken públicos across Puerto Rico with the people and travelled to places like Aguadilla, Dorado Beach, Mayaguez, Ponce, Salinas, Guayama, Fajardo, Rio Piedras, Bayamón, and Pájaros. I have watched the cars go by from a house porch on Highway 2. I had a friend who survived the Dupont Plaza fire and I went to visit her later on.

We gringos were told that Puerto Rico is dangerous back in those days and that there were gangs of kids running through the tourist areas. What impressed me more was the first time that I entered a bus and a woman offered her seat to me. She probably sensed that I was a tourist and wanted to make me feel comfortable. Good things we never forget.

I was a guest speaker for LCLAA where I talked about GED, but I told the audience that we should be getting greater income tax deductions and we should invest that money into a nest egg. I went out to the community to speak to people around Pájaros where the famous “Massacre” had taken place. I visited the GED office in Hato Rey. I went down with New Yorkers to Somos El Futuro to wake people up, but nobody listens to me. At the New York State Assembly event there, the audience that was told that with their cooperation a new mattress company was coming to Puerto Rico and that would create jobs. Today the New York Times is telling people that a job is not enough (but we must be thankful for the jobs that were created). People need living wages so that they do not have to hold three jobs and take a job or two away from others, keeping the unemployment high. I used to forego extra teaching periods, telling the administration to seek someone else for the extra pay. Nobody listened to me. There were 1,000,000 adults in Puerto Rico that did not even have a G.E.D. and things continued to get worse for adults and their children in school.

I found out what one of the problems was in Puerto Rico and that was the requirement that everyone earning a high school diploma or G.E.D. in Spanish had to pass an English test (Education Law since 1949). Legislator Albita Rivera-Ramirez (District 3- PNP) wanted to help immigrants in Puerto Rico to overcome the problem made in 1949 and mentioned my name, my grandmother, and my advocacy in the bill. Someone was listening to me. Finally. I have been with the Dominican community, Ed Figueroa former New York Yankees pitcher, Hector “Macho” Camacho, and others to advocate for the people.

I have become a great story teller and back in the late 1960s I met a Puerto Rican family in New York. The adult children (Betsy and Ausberto) appeared in the Bacardí Commonwealth of Puerto Rico ads. Ausberto Gonzalez spoke several languages and his father Pedro told me that his son was going to take a top job at Warner Brothers in Europe. His son spoke Italian, French, Spanish (of course), and Greek. Not bad? Not even a bad example to follow today? The family was from Humacao.

In conclusion we can place the same blame on the people who supported Commonwealth status, statehood, and independence. I believed and still believe that an additional 25,000 equivalency diplomas in the hands of Puerto Ricans and residents of Puerto Rico would have been mightier than a mattress company. By now the total would have been about 300,000 diplomas or more helping families to progress. Sleep on my idea or just buy your mattress. Part of the problem during those years was keeping the GED free to all and although New York State is not bankrupt financially it too has had great loses of diplomas for keeping the test free and not increasing the funding for testing since 1993 and making lots of other errors including not requiring every testing center in the state to offer the test in Spanish.

I do not expect the governor of Puerto Rico to agree with me (and his compadres). New York Newsday published my article about universal pre-k when not combined with GED acquisition by the parents (often very young parents) will only hold the family back for a decade or more. Education is that vital.

Actually, children who are falling behind and parents who lack even a high school equivalency could study often together learning the basic skills that they do not know. The children need those skills to pass state exams (national exams in other countries like Mexico). If both the child and the parent make common mistakes such as I would have went when they should say I would have gone, this could be an example of what holds people back on tests as well as on job interviews as people decide who to employ. Companies always have ways of picking out the C, B, and A candidates for jobs (A being the highest category.

Unrelated (at least at this time) is breaking news from Washington, D.C. where Senator Lindsey Graham, although supportive of Rod Rosenstein, has this to say “He shouldn’t fire Rosenstein unless you believe Rosenstein’s lying. He says he did not do the things alleged,” on Fox News Sunday. First of all this kind of statement on Fox News can be dangerous unless the senator appears on other news programs such as MSNBC. Let’s look at the way this statement is put together for hundreds of millions of people to listen to or read. Unless you believe Rosenstein’s lying, it says. Where is the proof to believe such a thing? In Trump’s hands this is a dangerous way of presenting things.

Can you see Trump nodding and thinking to himself hmmmm yes I believe Rosenstein is lying? How can things get better for Puerto Rico with this government? The Irish went through this with the English in the period of the Great Famine. Ireland is an island and it did present logistical problems for relief, but the administration in Washington, D.C. keeps making the same kinds of statements about the help given. The logistical problems should have been worked out long ago so that Puerto Rico could be in a better place today. That is what civil defense is for. So what people are now calling a “coup” was expected by people watching Trump as a candidate (even on television). It was obvious that there were problems.