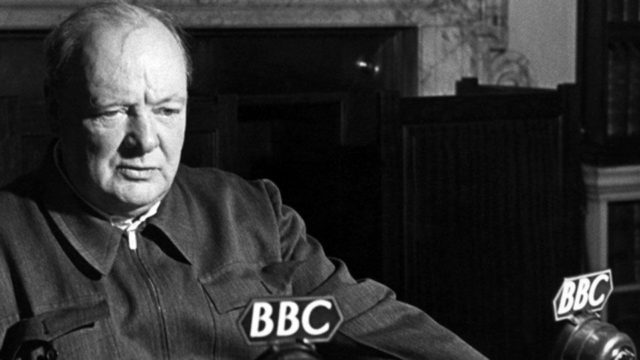 Long before the Holocaust took place and Jews were singled out for discrimination and violence (and death) for centuries, there was the slave trade and its impact on the lives of Black people in North and South America.  Actually we would have to include the crossing of the Atlantic by ship where huge numbers lost their lives. Whether it was by ship or by cattle car crossing Europe, Jews and Blacks share so much in common.  We have been through tsunamis of hostility in our history and we share much more now.  Our current role is that we should work together to help the oppressed which today includes undocumented immigrants in our neighborhoods.

In my article about the Occupation of Paris and Occupation of the United States, I learned that only 2 percent of French were actively involved in the resistance.  What percent of people are actively involved in resisting the American Occupation by Trump?  I also learned that youth participated in the resistance by putting graffiti everywhere they could. Graffiti now where have heard about that?  Do you think that our nation’s youth who put up graffiti on subways, on industrial buildings, and just about every place they could knew about this rich history of graffiti?

And there were jokes coming out of the resistance and the Holocaust that we should know.   Look at the key word in this joke.
“A Parisian reports to his friend a rumor that at 9:20 the previous night, a Jew attacked and killed a German in the Métro (French for subway).  He even ate part of his entrails, including his heart.  The friend says with a laugh, “You’ll believe anything you hear, Pierre.”

“First, Jews don’t eat pigs; second, Germans have no heart; and, third, at 9:20 everyone is listening to the BBC.”
The BBC was the radio network to listen to since the Nazis banned everything else.  Everything else was the “fake news” of its time.
Between the Holocaust and Black Lives Matter, the keyword is “pig.”  We have heard that word in protests for decades and perhaps without knowing what the joke reveals to us. Oppressors are pigs!

The Occupation of Paris

During the Occupation of Paris, Pablo Picasso continued his work.  Even a retired police officer that I hit golf balls with told me the other day that Picasso was a “collaborator.”  Picasso has been falsely accused, but it could be that it was someone else and my friend was confused.  My friend also thought that Picasso supported Francisco Franco, the dictator. The creator of Guernica supported Franco?

Artists make their contribution to society and humanity and I know one in Florida.  Mark L. Cohen has Holocaust and Black Lives Matter paintings and he and I talk almost every day. I don’t know how he tolerates my calls, but he reads all my articles and fills me in on the latest news related to the Mueller Investigations.  The Mueller Investigations may sound German, but Mark and I consider those investigations pro-American and therefore anti-fascist (don’t forget the fascist pig joke).

Here you may enter the Museum Exhibit of the Holocaust paintings of Mark Cohen.

Here you may enter the Museum Exhibit of the Black Lives Matter paintings of Mark Cohen.

Mark Cohen teaches art in Florida and he is one of those human beings who transcends race and religion to help his fellow man.
Then there is Colin Kaepernick and the perception that I detest.  A well-known person who has a Jewish organization told me that Kaepernick is a “piece of shit” and that being a millionaire how could he relate to the African-Americans that he is fighting for.  Hitler must have called us a “piece of shit” at some time and his prejudice did not prevent him from doing what he did to rich and poor (and there were lots of poor Jews).

I can understand to a certain point the objections that some Jews have about labor and labor unions and his complaints about unions (particularly the teachers’ union in his state), but if I had my way every state would have unions.  Right to work states would be a thing of the past.  But what my strongest objection about the dialogue around Kaepernick is that police immediately said that they would not protect Kaepernick in the football stadium where he plays. All Americans have the right to be protected everywhere and not just in the stadium where they play.  Jews were taken into a stadium in Paris and their lives were soon taken away from them.  People have to be protected!

I would like to know what happened to that police group and what was done after making the comments.  And then the correction officers association in Rikers in New York objected to the speaking engagement where Kaepernick would speak to inmates there.  To my knowledge, nothing negative happened and no apology was issued by the association.  Trump and Trump’s people apologize for nothing.  Plus there are poorly thought out moves and statements made.

The new Ambassador of the United States to the Dominican Republic Robin Bernstein just thanked the family of Trujillo publicly for the role Trujillo played in saving Jews.  I was quite impressed, but there is more.  The ambassador would pursue the rights of Haitians in the Dominican Republic as well.  Is she still the ambassador?  Rafael Trujillo and his Trujillo troops (Trump-like in their time) massacred up to 35,000 Haitians in October 1937.  I have been to the Dajabón River where the massacre took place.

This massacre predated Kristallnacht by over a year.  On my very first trip alone to the Dominican Republic around 2004, Haitians that I met told me that Dominicans were killing their people.  I think that a complete policy statement from the Trump Administration is in order, especially since Trump himself rescinded the Haitian TPS or Temporary Protection Status and he has called countries with people of color (not Norway) “shithole” countries.

Mark L. Cohen can be contacted by FACEBOOK. He is currently working out the final details for exhibits in Florida and in Civil Rights’ Museums.


In this article:Holocaust, Finance, WWII