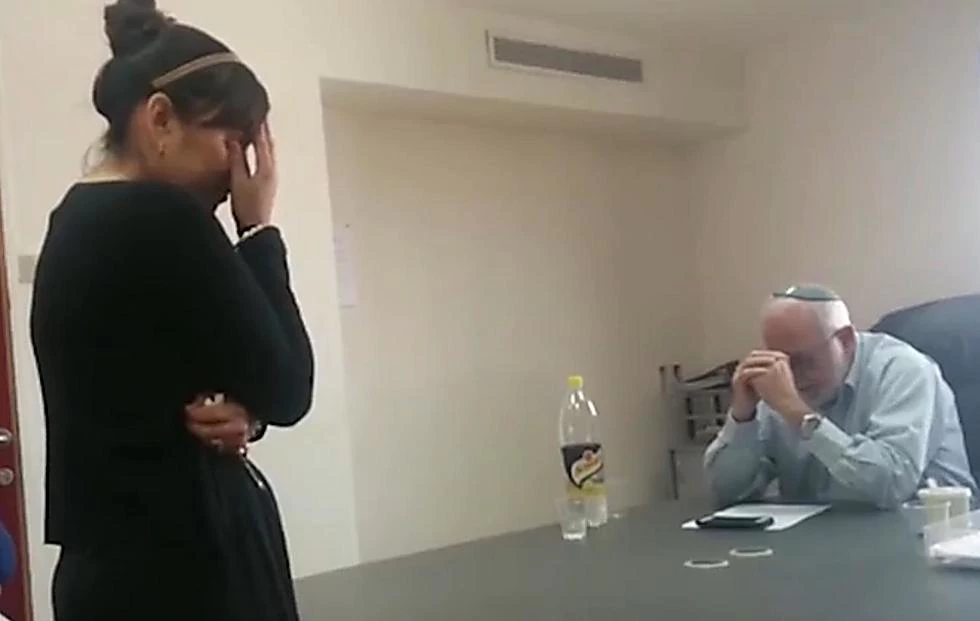 For the first time ever, an Israeli court has determined that a conversion in Orthodox private conversion Court (“Giyur K’Halacha”) must be recognized as Jewish by the Interior Ministry in Israel’s population registry.

Giyur K’Halakha (Conversion according to Jewish law), is a private initiative founded by prominent rabbis of religious Zionist movement three years ago. The Orthodox rabbis blame these rabbis to be too liberal and their conversion requirements are not stringent.

In a decision being publicized Thursday, Judge Aaron Farkash in the Jerusalem Municipal Court wrote that “having considered the arguments of the request (…) I am responding positively and declaring that given the individual went through a conversion, she should be registered as Jewish in the population registry. “

The clear decision came after more than a year of Israel’s government attempting to derail a petition submitted by the woman the Interior Ministry refused to register her as Jewish because her conversion had been undertaken by a rabbinical court that operates outside the framework of the state-sanctioned system, controlled by the Chief Rabbinate.

In May 2017, the Israeli cabinet proposed a bit that would derail private conversions and in November 2017, Prime Minister Netanyahu appointed former Justice Minister Moshe Nissim to lead a committee that would make recommendations regarding the future of conversion in Israel.

Following months of delays, the Nissim commission was frozen, and in late August, the State attorney’s office acknowledged that “given the midpoint we have reached regarding the Nissim report,” it no longer objects to the court rendering a decision regarding the Giyur K’Halacha convert.

Rabbi Seth Farber, Director of ITIM who filed the lawsuit on behalf of the Giyur K’Halacha convert was enthusiastic about the result. “The court’s decision not only gives legitimacy and standing to the Giyur K’Halacha courts but also open the door to thousands of young families who wish to fully join the Jewish people and have rights in Israel like other Jews”.

The conversion took place in the largest private orthodox conversion court in the world, Giyur K’Halacha, which was founded three years ago and has now grown to more than 55 rabbis. The president of Giyur K’Halacha one of the senior rabbis of the religious Zionist movement, Rabbi Nahum Rabinovich, and the individual convert was converted in a court under the auspices of Rabbi Yehuda Gilad of the Ma’aleh Gilboa Yeshiva, in the summer of 2016.

The first filing for recognition in the court was in March 2017 by ITIM lawyers Elad Caplan, Reut Kleinberger, and Ester Biswar. Since its founding Giyur K’Halacha has converted more than 600 individuals, almost all children, and tens more are scheduled for conversion in the coming weeks. Giyur K’Halacha has received 7500 calls since its founding majority of which were passed on to the national conversion system.

“The court’s decision paves the way for thousands who seek State recognition to turn to Giyur K’Halacha. Since the State refuses to convert children without their mother’s converting, Giyur K’Halacha has an enormous responsibility to help unify the Jewish people,” said Rabbi Farber. “It is the only Orthodox court that converts children in Israel without insisting the families be 100% observant.”

In March 2016, the Israeli Supreme Court ruled – in a nine-judge bench – that private orthodox conversions could be recognized under the law of Return. Soon after that, Minister of Interior Aryeh Deri floated a conversion law that would have given the Israeli rabbinate an absolute monopoly on conversion in Israel – a move that caused a major uproar in the religious Zionist camp and the Jewish world. Subsequently, the Nissim commission was appointed.

Rabbi Farber summarized the decision by saying: “This is a Rosh Hashanah victory for immigrants, the State of Israel, and the Jewish people.”