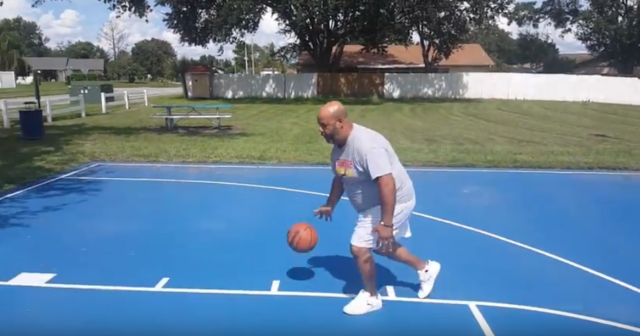 Selfie videos can be made to emphasize learning basketball skills and sportsmanship.  A great dunk and kindness.  No bullying.
A married Jewish couple were called Wilt’s “second mom and dad.” The Kutshers!

Eddie Gottlieb who owned the Philadelphia Warriors got the ball from Wilt after Wilt scored 20,000 points.

I just got off the phone with Wali Jones, discussing African-American Jewish relations back in the day and he told me that the players attended lots of bar mitzvahs and had great friendships.  Len Barry has been his friend since high school when Overbrook High School was half Jewish, according to Jones.  Len Barry not Rick Barry.  Leonard Borisoff AKA Len Barry who wrote and sang 1-2-3.

Wilt Chamberlain was introduced to me by Scholastic Magazine when I was attending Junior High School on the Lower East Side in the 1950s.  I learned that he played college ball at Kansas State and he had attended Overbrook High School in Philadelphia. But I had no idea where Overbrook High School was and what its population was like. 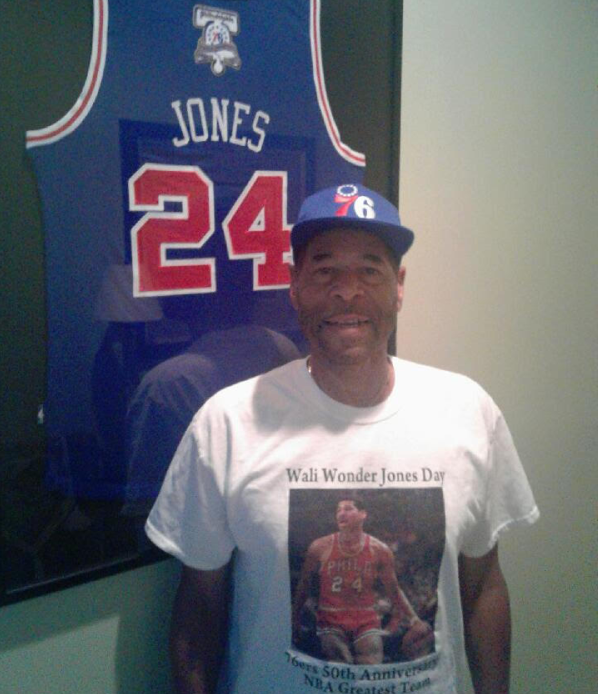 I saw Wilt Chamberlain but did not meet him when he was working in Kutscher’s Country Club (nor after that) which should not be confused with Kushner who you often read about in the news today.  There were two Belts that we knew about in those days, one was the Bible Belt and the other one was the Borscht Belt.  I was not really into borscht in those days and joined a group of friends in the Catskills where I was looking forward to seeing Wilt and playing golf.  I hit a two iron for the first time and it landed on the green 200 yards away. I four putted, but I learned fast that if you have more strokes you get your money’s worth.  Mickey Mantle played golf there.

The Borscht Belt is gone.  Kutsher’s Hotel developed a great relationship with famous athletes and Muhammad Ali and Floyd Patterson trained there.  The famous Maurice Stokes N.B.A. game took place there and that game attracted the all-stars of the N.B.A. I think that Wilt was totally comfortable among the Jewish people.

Wali and I got to know each other on the radio blog Sports Inside and Out, at a basketball game in Liberty in Florida, and at the Champion 4 Kids Golf Tournament of former heavy-weight champion James “Bonecrusher” Smith in Myrtle Beach, South Carolina.  Wali knows that Sonny Hill has taught African-American youth that basketball used to be a Jewish game, even though it was invented by a Christian named James Naismith.  The rules evolved quickly because there was tackling and kicking and punching in the clinches (peach basket hockey?).  Dribbling was introduced much later in a game that only had passing and shooting.

Jews and African-Americans were close and there are great stories to share.  Jews were victims of ani-Semitism in the United States.  On Yom Kippur in the year 5726, a Jewish immortal was born.  It was 1955 when Sandy Koufax showed up to play for the Brooklyn Dodgers.  I watched him pitch in Ebbets Field, if you could call it pitching.  But the teenage Koufax was a target for much anti-Semitism among the players and others.  See Sandy Koufax: A Lefty’s Legacy by Jane Leavy.  Blacks rooted for Hank Greenberg to break Babe Ruth’s record and Jews rooted for Jackie Robinson to make it in the big leagues.

The New York Times featured a headline “Hank Greenberg a Hero to Dodger’s Negro Star.” Today our White House would say that is “fake news.”  As white players used the “kike” word and more about Koufax, Koufax in segregated Florida during spring training and only a teenager went to spend time with his African-American teammates.  They all protected one another.    Then on Yom Kippur in 1965, Sandy Koufax refused to pitch on the Jewish High Holy Day.  At that moment, Koufax affected Jews everywhere just as Jackie Robinson was the great hero of African-Americans and Joe DiMaggio was the hero of Italian-Americans.

Getting back to Wilt, he gave the game ball that he had earned for winning the 1967 N.B.A. Championship to the wife of the team co-owner (Ike Richman who was Wilt’s lawyer who had died in 1965 suffering a heart attack in Boston Garden).

THE NAISMITH INTERNATIONAL FOUNDATION FACEBOOK September 8, 2018 post of Wali Jones and the 1967 N.B.A. Champions can be seen by all.

Hector Perdomo is the president of the Naismith International Basketball Foundation and here is his brand-new selfie video.  Start getting your own selfie-ready.  See that VIDEO right here.

You have heard of Dr. J, Wilt the Stilt, Melo. Tiny, Magic, The Iceman, The Kangaroo Kid, King James, MJ, Earl the Pearl, The Iceman, The Mailman, Clyde, Pistol Pete.  The greatest park nickname back in the day was The Goat.  Pick your own nickname and join in.
Wali Jones, known as Wali Wonder, was not one of the Jones Boys who helped carve out a basketball dynasty (Boston Celtics), but he has made his own mark in the world.  Wali played on the NBA Championship Team of 1966-67 and here we give you the opportunity to see basketball and life in 1967.  See how different it was and marvel at the team that is considered to be the best Philadelphia team in the last 50 years.

We thank Wali Jones for his cooperation.  Wali has transcended professional sports to become an integral part of communities everywhere and his Shoot for the Stars program is very well known.

You will see to a short video of Wali Jones that you can learn from.  Take another look at his contribution.  Did you know about that?  Keeping his teammates happy in the N.B.A. and then keeping families happy working with communities.

Watch Wali follow through on his shots and follow up with us.  Produce your own short basketball video and share it with the FACEBOOK of the James Naismith Foundation.  Watch this and join us in the name of Naismith and sportsmanship that he insisted on.
Remember that 76ers Championship?  Look at the great sportsmanship of Wilt Chamberlain, considered the greatest center who ever played the game.  Play his way.  Life is no game.
T
ell your friends and schoolmates to check in with us.  Speak to your parents and grandparents about the list of names.  What do you say to a man who has given so much to basketball, youth, and sportsmanship?