In global politics, the personal and the political have always overlapped. Today, we may also understand that the geopolitical whole can sometimes be greater than the simple sum of its apparent parts. A result of various more-or-less evident “synergies,” this bewildering “whole” represents a constantly shifting series of planet-wide political/military intersections. Yet, always, the overall shape of global politics (the pertinent macrocosm) is unerringly contingent upon the particular flesh and blood individuals (the microcosm) who give it some calculable form. In the end, all global geopolitics must be recognized as reflective of the specific wants and behaviors of myriad human beings, either singly, or as fully indistinguishable parts of their collective expressions. In the latter case, coordinated analytic attention must be focused primarily upon certain state and/or sub-state “components.”

The “real world” of global geopolitics is inherently multifaceted and markedly ambiguous. Accordingly, there is no point to underestimating or overlooking such staggering complexity, or to pretending that it need not impact foreign policies. Beneath this perpetual ambiguity and just below an always searing global chaos lie individual human hopes and needs that reveal, inter alia, an utterly unwavering human desire to belong and to live forever.

There are vital connections still to be identified here. Reassuring feelings of belonging are generally apt to bolster related expectations of immortality, especially where the linkages are clarified and reinforced by religious faith. In the end, of course, the major driving force behind virtually all religious commitments to world politics remains a reasonably explicit and codified “promise” not to die. In some easily recognizable geopolitical settings, this ultimate pledge is linked to various stipulated obligations, including the witting killing of “unbelievers.”

Today such required homicides are most plainly encouraged in the writings and ideologies of assorted terrorist groups. At least implicitly, similar forms of encouragement can also emanate from very “ordinary” forms of nationalism. In the nineteenth century, for example, in his posthumously published lecture on Politics (1896), German historian Heinrich von Treitschke observed: “Individual man sees in his own country the realization of his earthly immortality.”

Accordingly, Swiss sculptor Alberto Giacometti’s Man Pointing offers a potentially illuminating representation of isolation and alienation, a troubling image that could nonetheless help to lead us toward a deeper human understanding of war, terrorism, and genocide. Giacometti’s art hints obliquely that each individual person can feel empty and pervasively insignificant apart from membership in some sort of reassuring crowd. Sometimes, this sustaining crowd is the state. Sometimes, it is the tribe. Sometimes, as with ISIS, or Hezbollah, or Muslim Brotherhood, it is, at least residually, the faith (always, of course, the “one true faith”). Sometimes, it is the self-proclaimed “resistance movement,” as in the aptly similar examples of Hamas, Fatah, Islamic Jihad, or still-other terror groups.

Whatever one’s particular aggrandizing group of the moment, it is largely a craving to belong that threatens fatal subversions of individual responsibility, and, correspondingly, the commission of monumental crime. Cumulatively, the lethal consequence of such near-ubiquitous cravings is a convulsive and sometimes orgasmic “triumph” of collective will. The most easily recognized twentieth-century case of such a grotesque triumph is still Nazi Germany.

“Deconstructing” Giacometti’s emaciated figure, the outlines of a distinctly pragmatic conclusion may usefully appear. It prods as follows: Unless we humans can finally learn how to temper our overwhelming and nearly-universal desire to belong at all costs, our recurrent military and political schemes to remedy war, terrorism, and genocide will surely fail. Without substantial augmentation by more basic sorts of human transformation—namely, changes that could produce more expressly individualistic human beings—the time-dishonored schemes for national security, collective security (United Nations), or collective defense (alliances) will continue to be ineffectual.

It’s time for candor. “In the market place,” reminds Nietzsche’s Zarathustra, “nobody believes in higher men” and it is important in this regard to note that US President Trump came to the White House by way of the market place. For him, the self-demeaning world of bargaining and bullying is plainly the only world he has ever known. For his numerous and conspicuously rancorous supporters, the benefits associated with personal belonging clearly outweigh the hard-to-measure costs to America’s collective national security. While any such cost-benefit calculation could be judged “irrational,” we human beings are not usually known for consistently rational or systematic thought.

Nietzsche had longed openly for a world “beyond good and evil.” Freud, who preferred the term “primal horde” to Nietzsche’s “herd,” sought steadfastly to identify a habitat in which this longed-for transcendence might actually have been applied. Ultimately, his discovery turned out to be his own “lived-in” world, one where Eros was still not allowed to play any unifying role and that reinforced baneful or “narcissistic” identifications with a dangerously terrorizing mass.

“The crowd,” observed the 19th century Danish philosopher, Soren Kierkegaard, “is untruth.” Nowhere is this seminal observation more correct than in reference to global politics. To be sure, not every human crowd or herd or mass need be insidious or destructive. Still, grievously ongoing crimes of war, crimes against peace, and crimes against humanity could never take place in the absence of such “favored” collectivities. 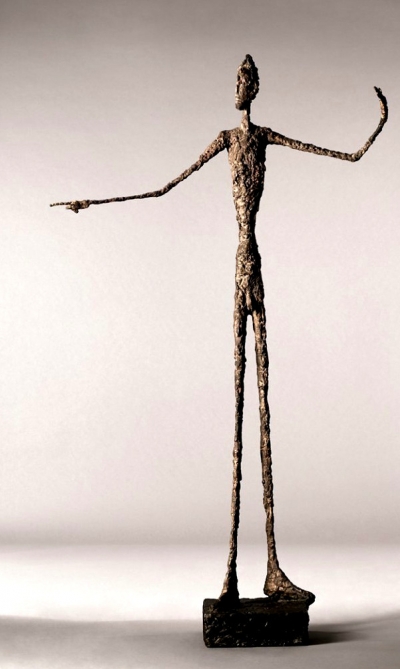 Whenever individuals join together and form a crowd or herd or mass, certain latently destructive dynamics of mob psychology are made available for some kind of explosive release. Significantly, this fateful combining of membership with destructiveness lowers each affected person’s ethical and intellectual level to a point where even monstrous crimes may become acceptable. In the case of insistently barbarous groups such as ISIS, murderous behavior is not merely agreeable to the entire membership, it is deeply welcome and satisfying, a visceral, continuous source of collective celebrations and private ecstasies.

On the surface, ongoing brutalities plaguing world order represent ever-fragmenting struggles between warring herds. These herds, in turn, are the “natural” product of various critically underlying individual needs to belong. And these needs are themselves derived from the most primary human want of all. This, our leaders must finally learn to understand, is the generally unquenchable human yearning for immortality.

It is this vastly more generalized sentiment—not only the jihadist threat in particular—that is most potentially catastrophic. A reasonable analogy here might be the distinction between human evil that is associated with darkly sadistic motives, and evil that is “just” the product of a genuine thoughtlessness (i.e., the literal absence of thought). This references the oft-cited distinction offered by 20th century political philosopher Hannah Arendt as the casual but still-consequential evil of ordinary persons, or what she had termed the “banality of evil.”

The core dangers of Nazism were not only the result of expressly “bad” people—e.g., Hitler, Himmler, Streicher, etc.—but of such “banal” figures as Eichmann, anxious only to fit into the dominant “mass” (Jung), “crowd” (Kierkegaard), or Nietzschean “herd.”

Understood as “pathology,” the growing global chaos remains only a symptom. But, as an appropriately aesthetic start to more promising and enduring policy solutions, Giacometti’s Man Pointing may be taken as an imaginative signpost of what is typically most determinative in spawning war, terrorism, and genocide. Sooner or later, what is happening here and elsewhere will need to be “fixed” at the “molecular” level of conflict—that is, at the level of the ever-needful individual human being.

Yet in the end there can be no reassuring guarantees that the requisite, more deeply thoughtful analyses of global politics could be made “operational.” From time immemorial, human beings have sought an optimal “formula” for personal immortality in some sort of belonging—usually discoverable in religion and/or in various secular “tribes” such as nation-states. But this search has been in vain. Regularly, it has instead produced war, terrorism, and genocide.

If, somehow, going forward, religions and states could become less starkly competitive, less hideously zero-sum in their core inclinations, the way will at last have been cleared to a new global politics, a more secure pattern of expanding cooperation and authentic coexistence.

The only true task, therefore, must be to make the entire world more tolerable for all of its interdependent inhabitants, generally, for the very first time. In a philosophical sense, a Herculean task like this can best be accomplished after we acknowledge that Giacometti’s emaciated figure points unhesitatingly and accusingly at millennia of human misunderstanding, and consequent misadventure.

This article was first published in e-Global (University of California, Santa Barbara)

References
Hannah Arendt. Eichmann in Jerusalem: A Report on the Banality of Evil. New York: Viking, 1963.