“The war totally convinced me there’s a Palestinian people, and that peace must be forged first and foremost with them. To achieve that goal, a Palestinian nation-state had to be established.” Uri Avnery

He was hospitalized immediately after in Ichilov Hospital at the Tel Aviv Sourasky Medical Center where he passed away.

Avnery was the editor in chief for 40 years of the weekly magazine HaOlam HaZeh (This World) which ceased publication in 1993.

Born in Germany in 1923, Avnery and his wealthy family immigrated to Israel following the rise of Adolf Hitler in the country in 1933.

In Israel, the family lost its wealth and the young Avnery was forced to work instead of going to school. In 1938 when he was 15 years old, Avnery joined the Zionist paramilitary organization that operated in Mandate Palestine between 1931 and 1948, also known as the Irgun or Etzel.

He was a member of the organization for the next four years and during the War of Independence in 1948, Avnery was drafted into the Givati Brigade.

During the war, in which he was seriously wounded, he sent articles from the battlefield to the newspaper Haaretz. 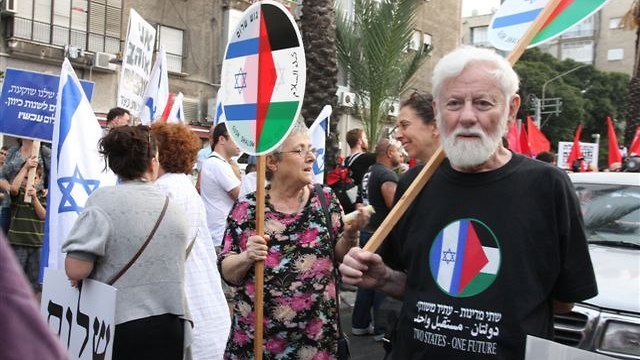 In 1950 he left Haaretz and acquired, together with other friends, the HaOlam HaZeh publication, with each weekly edition carrying the slogan: ‘without fear, without bias.’

In the first decades of its publication the magazine followed a leftist political line, publishing a mix of sensationalist articles and gossip columns, alongside revelations of seminal moments in Israel’s history that influenced public life and politics in the country.

Avnery used the paper to call for the abolition of the military government to which Israeli Arabs were subjected and to separate religion and state.

The articles appearing in HaOlam HaZeh soon whipped up public and institutional opposition, while Israel’s first prime minister David Ben Gurion refused to even mention the paper by name, referring to it instead as “the particular weekly.”

After the Law of Defamation in Israel was passed in 1965, which Avnery decried as being designed to silence HaOlam HaZeh, he embarked on a ten-year career in politics, entering the Knesset an MK for the HaOlam HaZeh-Koah Hadash party and later for the Left Camp of Israel.

Avnery’s political stance made him the target of political violence beginning in 1953 when he was attacked with his co-editor Shalom Cohen, by four men near his magazine’s printing premises on Glickman Street in Tel Aviv.

Cohen sustained serious wounds to the head and Avnery was injured on both hands, with two of his fingers broken.

In December 1975, he was attacked again by a man who was sectioned in a hospital due to mental illness. During the assault, Avnery sustained injuries to his entire body and was hospitalized in moderate condition.

His attacker claimed that Avnery planted microphones in his brain, but the left-wing activist posited that the man had been sent by others in the context of the incitement leveled against him in connection with his membership in the Council for Israeli-Palestinian Relations. 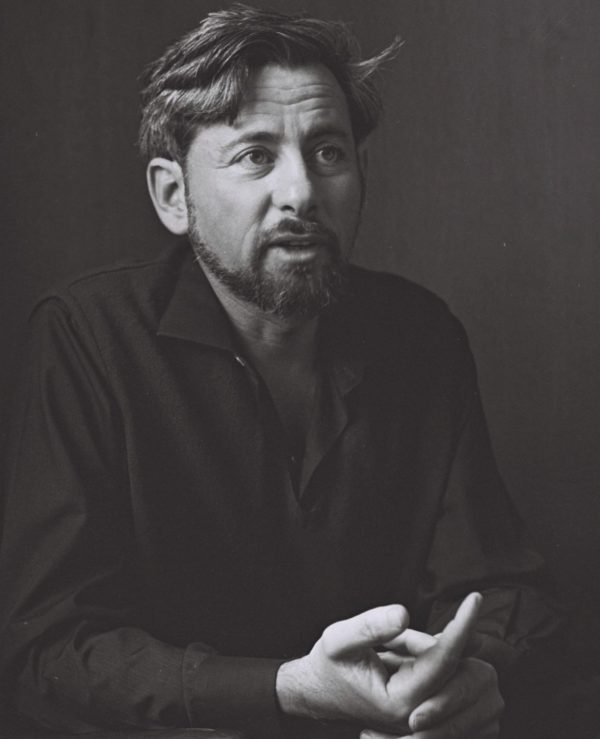 After the 1967 Six-Day War, Avnery was one of the leading advocates calling on Israel to withdraw from the territory it gained and enable within them the establishment of a Palestinian state.

Uri Avnery was the first Israeli to meet Palestinian leader, Chairman of the Palestine Liberation Organization (PLO) Yasser Arafat in Beirut, July 1982 at the height of the First Lebanon War.

At that meeting, Avnery said: “The fact that we are sitting here together in the middle of this terrible war is a sign that in the future our two peoples will find a solution to coexist. Palestinians and Israelis. I believe there will be a Palestinian state alongside Israel and both sides will live together in peace in two countries that, little by little, will develop good neighborly relations, and even better.”

Over the years, Avnery maintained contact with Arafat, and he was among a handful of Israelis who attended the Palestinian leader’s funeral in Ramallah.

Speaking in an interview with Ynet, Avnery explained the charm of Arafat, who had been responsible for launching the 2000-2005 Second Intifada which, through dozens of suicide bombings, claimed the lives of over 1,100 Israelis. 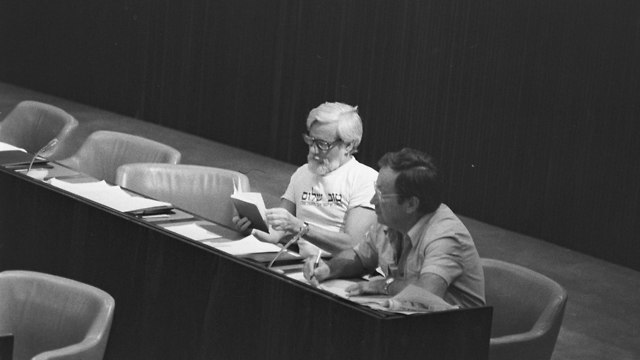 “On television he looks like a fanatic, aggressive, whereas in real life he is a man with a warm heart. Every person who met him, after a few minutes felt that he knew him forever,” Avnery said.

“There is no aura of authority around him like there is among us. Moreover, he projects leadership. He is a strong man who is confident in himself, a man who is able to make decision extremely quickly,” he continued as he furnished praise on the man many Israelis consider to be a mass murderer.

Avnery was a member of several organizations calling for Israeli-Palestinian cooperation and was one of the founders of the Gush Shalom peace group established in 1993. Throughout his career, he remained a staunch supporter of the creation of a Palestinian state next to Israel and was the recipient of numerous international awards for his efforts toward that goal.

Over the course of the last two decades, Avnery remained at the forefront of the political scene, and continued to polish his reputation as a symbol of the far Left in Israel.

In 1999, he led a group of around 100 Gush Shalom activists in a march to Orient House in eastern Jerusalem that served as the headquarters of the PLO in the 80s and 90s where he submitted a declaration to the prominent Palestinian politician, Faisal Husseini “recognizing the right of the Palestinian people to the entire West Bank, the Gaza Strip and East Jerusalem.”

Avnery also opposed the construction of Israel’s security barrier and participated in protests against it, arguing that it was a precursor to annexing Palestinian territory.

He also took part in demonstrations against IDF activities during the intifada in the territories conquered during the Six-Day War. 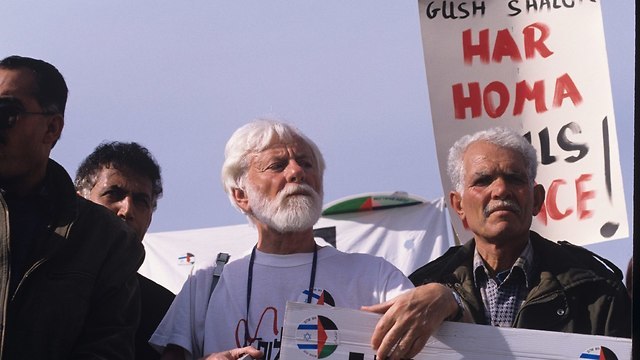 In 2004, Avnery became a laureate of the Israeli journalism Sokolov Award and continued to conduct interviews and express opinions largely at odds with the mainstream Israeli public.

Avnery also took his political battles to the High Court of Justice (HCJ) submitting in 2011 a Gush Shalom-sponsored petition against Boycott Law.

The petition’s authors argued that the law harmed the basic principles of democracy and that boycotting Israel is a legitimate tool in a democratic society, the use of which cannot be curtailed.

“The Boycott Law is a black stain on the law book of the State of Israel,” Avnery said at the time. “I sincerely hope that the HCJ will rule against it and salvage that which remains of Israeli democracy.”

An uncompromising critic until the end, Avnery continued to voice his opposition to Israeli policies. In January 2017, he published in Yedioth Ahronoth an article stating that he had signed a letter calling on members of the Irish Senate to support a bill proposal that imposes high financial penalties and a prison sentence of five years on people trading with companies located in Israeli settlements. 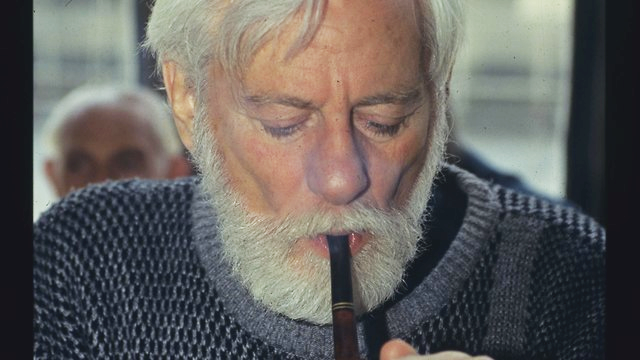 “Avnery was an advocate of Jabotinsky’s idea that ‘silence is filthy,’ and his campaign for state recognition of Irgun fighters and a war he waged for freedom of expression paved the Israel’s way as a young state,” Rivling said.

“We had strong disagreements, but they were dwarfed by our desire to build a free and strong society here. May he rest in peace,” he concluded.

Gush Shalom also issued a statement mourning the passing of what it described as the organization’s founding father.

“Until the last moment he continued on the way he had traveled all his life. On Saturday, two weeks ago, he collapsed in his home when he was about to leave for the Rabin Square and attend a demonstration against the ‘Nation State Law’, a few hours after he wrote a sharp article against that law,” the statement said.

“Avnery devoted himself entirely to the struggle to achieve peace between the state of Israel and the Palestinian people in their independent state, as well as between Israel and the Arab and Muslim World.

“He did not get to the end of the road, did not live to see peace come about. We—the members of Gush Shalom as well as very many other people who were directly and indirectly influenced by him—will continue his mission and honor his memory,” the statement continued, before slamming the current government for entering into indirect negotiations with the Hamas terror group.

“On the day of the passing of Uri Avnery, the most right wing government in the history of Israel is engaged in negotiations with Hamas. Ironically, the same kind of demagogic accusations which were hurled at Uri Avnery throughout his life are now made against Defense Minister Avigdor Lieberman,” the statement said.

In the history of the State of Israel, the Gush Shalom statement said, “Avnery will be inscribed as a far-seeing visionary who pointed to a way which others failed to see. It is the fate and future of the State of Israel to reach peace with its neighbors and to integrate into the geographical and political region in which it is located. Avnery’s greatest opponents will ultimately have to follow in his footsteps—because the State of Israel has no other real choice.”

In this article:Finance, Uri Avnery