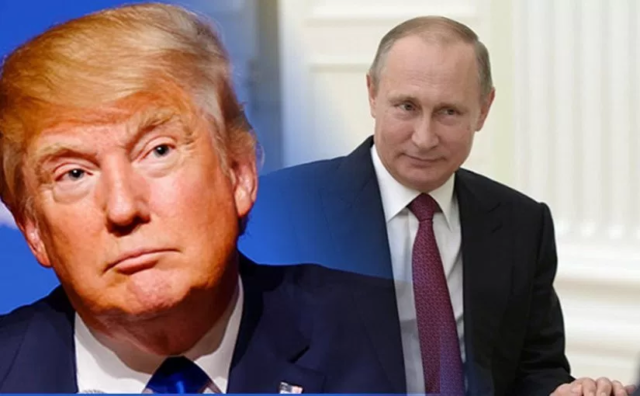 US President Donald Trump and Russian President Vladimir Putin “agreed in principle” during their latest meeting in Helsinki Summit last month that Iranian forces should leave Syria, according to a report in Bloomberg.

An official in the US administration who spoke on condition of anonymity divulged the information on the two leaders’ encounter, adding that Moscow had made it clear that removing Iranian forces from Syrian territory would prove a difficult task.

The White House published few details about the meeting, but according to an official familiar with the details, a significant part of the discussions were dedicated to the ongoing civil war in Syria and the functions being carried out there by Iran.

In addition, the two leaders spoke about the campaign against ISIS, disputes over the Golan Heights, and the humanitarian situation in Syria, the official said.

According to Bloomberg, the summit yielded few results when it came to extensions of arms control treaties, one of which expires in 2021.

The official in the article says that the first subject raised by President Trump was the claims of Russian interference in the 2016 US elections, an issue which has haunted the president since he took office. Trump apparently told his Russian counterpart that he expected the meddling to stop in the midterm elections scheduled for November.

The official cited in the article also said that the two leaders discussed Iran and North Korea’s nuclear programs.

National Security Adviser John Bolton is expected to meet with Russian officials in Geneva next week as a follow-up to the Helsinki summit. Arms control and Syria are expected to be main talking points.