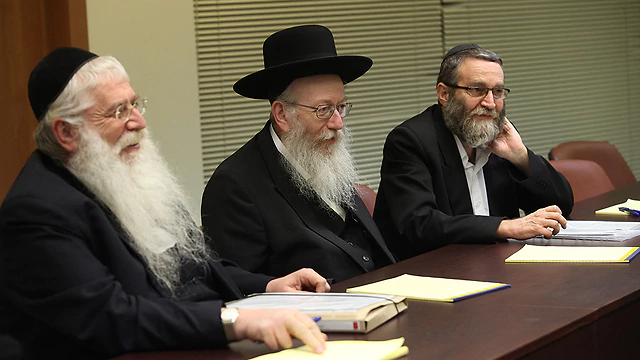 The High Court of Justice examined arguments Tuesday against the charter of Agudat Yisrael, a faction within the United Torah Judaism Party, which bans women from joining its ranks, after Haredi women petitioned the court.

The expanded five-justice panel proposed the faction to expunge the article banning women from the charter.

In practice, this would not change the party’s policies, which are directed by its Council of Torah Sages, who do not agree to women being elected to the Knesset, but at least it would not be inscribed officially.

Arguing against the proposed amendment to the chater, attorney Eyal Nun, representing the Agudat Yisrael faction, said that “The plaintiff does not wish to join the club, but wants to coerce us to accept members according to her world view.”

“This petition does not violate the right to be elected, I think that is clear. There is no right in Israel to be a member of a particular party, and certainly not a right to be a member of an ultra-Orthodox party. Degel Hatorah (the other faction that makes up UTJ) has no provision in their charter,” he added.

Supreme Court Chief Justice Esther Hayut argued that “the women are exposing the problem of the exclusion of women in the party’s charter, and their goal is to open a door to ultra-Orthodox women who would like to be members of the party.” She asked a representative of the ultra-Orthodox party to explain, “Why can’t women be party members in Agudat Yisrael? Why can’t we interfere, and what is the cultural concept? Why can’t women engage in politics?”

According to Agudat Yisrael, women’s engagement in politics is improper according to their worldview. “I try to explain this to those who are not members of the Haredi world and it is not easy,” said a party representative. “Haredim view the woman as more important than the man, but her public and private actions do not need to be expressed on the political level because it is improper. It is a matter of faith.”

When asked by Chief Justice Hayut “What is it that is improper?” the attorney responded: “It is a matter of worldview regarding the proper way to live our lives. Freedom of speech is becoming freedom to disrespect. The political arena is improper for women. This does not mean that a Haredi woman who believes otherwise cannot run for Knesset.” 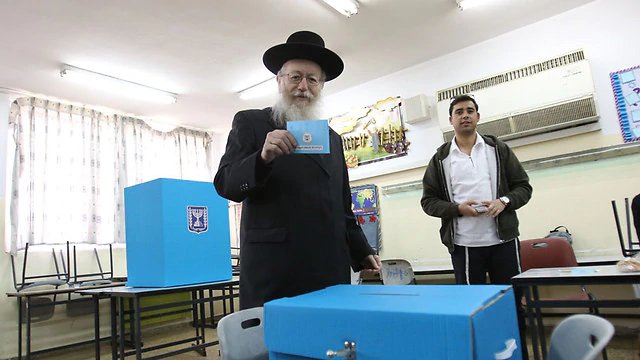 Attorney Tamar Ben Porat, who represents the plaintiffs, lamented the fact that “For three years we have been petitioning the court and they have yet to explain what the proper place is for a woman and what they mean by political.

“A political position means to express an opinion on education, on wages for women, on Agunot” (a Halachic term for a woman who is “chained” to her marriage due to her husband’s disappearance or refusal to grant her a Get, a Jewish divorce document).

At the end of the court session, the judges gave Agudat Yisrael a month to explain why they won’t remove the article from their charter.

Attorney Nun argued that while “there is no commandment prohibiting a woman from being a member of Knesset, there is the spirit of the law and tradition in the Haredi community, and there are other communities where it is different.

“This is not a Halachic issue in the narrow sense. The very same article my colleagues wish to invalidate stipulates that one who wishes to be a member must subject himself to the instructions of the Council of Torah Sages. This is why ultra-Orthodox women, apparently few, who do not support the party, cannot and will not (join the party) because they would be unwilling to subject themselves to the Council of Torah Sages, which does not approve of women’s activism.”

Justice Hanan Melcer stated that if the women must anyways subject themselves to the Council of Torah Sages, the factio should “agree to article the article and leave it at that.”

“As a petitioner, I object to allowing the party to agree—at this stage, after so many proceedings—to simply annul the articles in the charter without a ruling,” Ben-Porat said during the discussion. “I think that at the root of the petition are much more significant principles and the cancellation of the article—despite being the technical act we seek—without a more significant position by the Council of Torah Sages on this issue is not a worthy solution.”