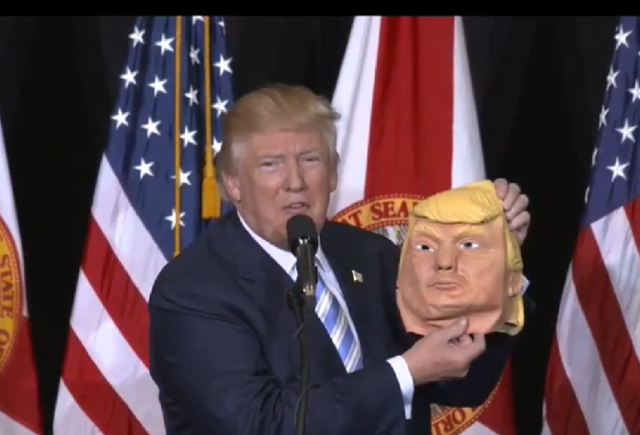 Let’s see what Adolf Hitler offered Germany as told to us by Peter Hayes in Why? Explaining the Holocaust. Trump is serving up a platter of things that clearly remind me and should remind the reader of developments in Germany. Hayes asks why Germany became the source of the Holocaust and his answer is clear. Hitler! We can begin with Jewish immigration and immigration from Central America and Mexico. Mein Kampf expressed the need to roll back rights and attacked the citizenship of Jews. Mein Trumpf (using the original spelling of the family name here) is looking at taking away the citizenship of naturalized Americans. Resident aliens and recent arrivals were under attack by Hitler and now by Trump.

In all my readings of the Holocaust and particularly in the last fifteen or more years, I did not know that there were undocumented Jewish immigrants in Germany (about 100,000 concentrated in places like Berlin). Those Jews moved out of Poland and they were in Germany with family and friends, just as in the United States there are people from all over the world in the same status, but the greatest opposition is along our southern border. Hitler called for deportation, of course, and tighter security to obtain unity. The same platform that Trump ran on. But I knew about undocumented Jewish immigrants in the United States in the 1940s.

Hitler pointed to the weak border enforcement as those Jews crossed into Germany from Poland. There was paranoia and a strong reaction to the “overforeignization” of Germany, increasing Hitler’s appeal and allowing him to gain more momentum through his very dangerous road map (no GPS at that time). Those Jews who entered the country arrived after World War I and were in Germany more or less the same amount of time as our own immigrants (Hitler is to Jews as Trumpf is to MS-13 and those dangerous people that Mexico is sending US). Both groups of immigrants were asked to pay up. Mexicans for the wall that Trump wishes to build and the undocumented immigrants in Germany (and all Jews lost their wealth). And Trump has on various occasions exacted a chorus from his supporters, a chorus that says that Mexico will pay for the wall.

The disaster that was facing Germans in the 1930s was done to them by their enemies, the Nazis claimed. The Jews, the people were told, were an important part of that.

The Nazis believed in pay back what is done to you. Trump believes in “An Eye For An Eye.”
Expunge defeat through self-esteem.

Hitler diverted attention by talking about Jews. leftists, and communists. Trump attacks the press and uses patriotism to divert attention.
German Protestants were attracted to the Nazi party and a lesser amount of Catholics too (but significant numbers). Hitler posed as an “evangelist of the people.”

Women would be emancipated by Nazism in the workforce. Recall how Trump touted that he was pro-women during the campaign?
Hitler in 1932 lost two million votes and lacked a majority. Trump lacked a majority, but won the electoral votes. Hitler got similar help in that a group of powerful people persuaded President von Hindenburg to offer the Prime Minister position to Hitler.

Most German people found their pathway to anti-Semitism through its attraction to Nazism, which was not emphasizing anti-Semitism that much in the beginning as many Germans had friends who were Jewish.

There was great indifference and lack of sympathy and the menace was understated, just as people say “Let Trump Be Trump” in their own way. There are many who obey because Trump is commander-in-chief.

Hitler would purge Germany of different races (defective races). Trump make comments about Mexicans and others, denying TPS protection to Haiti, El Salvador, and other countries, setting up the elimination of people of different races from the United States and calling many nations “shithole countries.” He brought up the subject of having more Scandinavians, for example, here instead.

Success comes from fertility, military strength, and racial purity. And morality, according to the Nazis took into consideration all three. Principles and the commandments took a back seat to that. Evangelicals actually talk about how they object to much of who Trump is, but they back him and back him and back him.

Nazi theory was self-centered. Germany First and today we have America First in power.

The Nazis gave Germany (through Hitler) no morality, no humanity, and no justice. Hannah Arendt, a famous historian and German refugee defined Adolf Eichmann who was executed for his crimes against Jews, by his “thoughtlessness” or never putting yourself in the position of seeing what others think and feel. Other historians wrote that the Nazi concentration camp commanders had an “inner identification with evil.”
International law and human rights to Hitler also were attacked by Hitler ”and crown thy good with brotherhood from sea to shining sea” was not created by a Jew.

The Jew was an enemy to the Nazis and all Jews had to pay for what one or more Jews did to Germans.

Hitler’s ideology was a “witches’ brew” that included “self-pity, entitlement, and aggression.” The witch hunt constantly used by Trump and his supporters is another falsehood.

The Hitler and Trump bases did not feel as strongly about all this stuff as both Hitler did and Trump does.

Hitler and Trump used whatever crisis available and opportunity, emphasizing the energy factor (Hillary Clinton fainted so she is weak).
The town of Northeim in Germany quickly gave Hitler two-thirds of its votes. Towns such as Northeim had a lack of entertainment back in the 1930s. It was a different world, but was it that different? Trump is mostly entertainment and his campaign rallies are part of it, but that heavy dose of Trump Tweets has been dangerous.

We cannot ascribe to the Nazis and the Republicans the same things, but….but…but. But before the but, the Nazi Party went from 2.6 percent of the national vote to 18 percent of the vote in two years and then went as high as 37.4 percent in two more years. That was at the time of the world depression (33 percent unemployment, 38 percent decline in farm prices, 41 percent fall in national income, and 15 decline in real wages). The Republicans in 2017 inherited a fairly strong economy that can be shown by the plans to create projects and changes to the way retail businesses operate (before 2017 adding lots of new jobs). Then the tax cuts went into effect and there has been a major stock market advance.

Jews under Nazism were not allowed to own newspapers from the time that the laws changed to reflect that, but Donald Trump has largely succeeded in eliminating that important, democratic power for our nation’s newspapers by concocting the “fake news” theme.

The shooting of a German Diplomat, Ernst vom Rath in the German embassy in Paris on November 7, 1938 by Herschel Grynszpan, an illegal immigrant living in Paris, sparked Kristallnacht two days later (Hitler was unfit for his position in life). Grynszpan’s parents were deported from Germany. And recently the Russian ambassador to Turkey was shot and killed in a museum by a Turkish police officer and that was in revenge for Aleppo. Following that was all the recent trouble between the Palestinians and Israelis over the announcement of the moving of the American Embassy to Jerusalem (including the death of a Jewish soldier). Trump’s unfitness for the United States presidency has been revealed often and even recently at the Helsinki Conference. I have written that the embassy move will be Trump’s Benghazi (if he lasts that long).

But today there are anti-Semites, Holocaust deniers, and neo-Nazis running for office for the Republican Party. Roy Moore was just interviewed by Baron Sasha Cohen and the Republican who lost the United States senate race said on camera that Alabama has always believed in racial equality. And Moore was endorsed by Donald Trump. Alabama does have a history of support for Jews that goes back to 1943, but I found nothing about support given to Congress or influencing presidential decisions by Alabama until the 1990s. There was a time when Israel was getting its military hardware from Czechoslovakia and France (and not the United States) and President Eisenhower sided often with Arab nations because of their oil. President Kennedy sold arms to Israel and maintained good relationships with the Arab nations.

Almost all the information in this article except for my own comments and opinions were derived from Peter Hayes’ book. The information about Eisenhower and Kennedy and Israel are from Dennis Ross’ book Doomed to Succeed. Haas’ book is truly amazing and I have learned so much. But the problem is the forty percent that continue to support Trump. I’m sure some of them think that I am the problem. We shall see how all of that plays out.

READ MORE ABOUT THIS SUBJECT:

Just How Similar Is Donald Trump to Adolf Hitler?

What makes the comparison between Hitler and Trump so poignant is not just the rhetorical marginalization of groups, lifestyles or beliefs, …

https://www.cnn.com/2016/03/08/politics/donald-trump–adolf-hitler…
Mar 08, 2016 · Donald Trump on Tuesday addressed criticism of a new practice at his rallies that has been compared to the “Heil” salute from Nazi Germany, dismissing the controversy as “ridiculous” before saying he would look into ending it.

https://www.thewrap.com/are-hitler–trump–comparisons-fair-a...
Are Hitler–Trump Comparisons Fair? A Holocaust Survivor … I wanted to know if my dad also believed there were similarities between Trump and the man who …

www.independent.co.uk › News › World › Americas
A leading expert on the Nazi party has said there are similarities between Donald Trump and Adolf Hitler. Both men “bluffed” their way into power, confounding an establishment that did not know what to do but normalise them, according to author Ron Rosenbaum. The Adolf Hitler biographer said he had …

This Is Why Donald Trump Sounds and Acts Like Adolf Hitler

https://www.politicususa.com/2015/12/13/donald-trump-sounds-acts…
According to a recent profile of Hitler in the scholarly journal, Psychiatric Quarterly, all of Trump‘s tactics are modeled in Hitler speech book the Donald kept close by his bed.