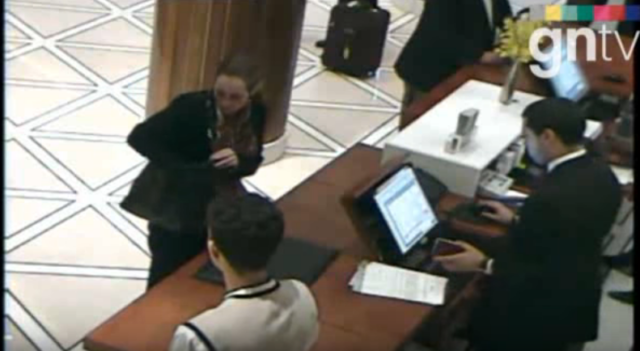 On January 19, 2010, at 17:30, Mossad agents sat in a hotel room. The improvised combat room they built there was equipped with computer screens and a coded phone. The goal: To employ a team of agents overseas to carry out the complex operation to assassinate chief of logistics and weapons procurement for Hamas’s military wing, Mahmoud al-Mabhouh in Dubai.

However, this was not a hotel room in Israel, but in the Parisian quarter of Paris, a short distance from the French treasury and French government institutions.

This version of Al-Mabhouh’s assassination has not yet been revealed – nor has it received official approval from Israeli officials – was published this week in the French newspaper Le Monde.

The article entitled “The shadow of the Mossad hangs over Paris,” relies on senior officials in the French intelligence organization, who claim that not only was the assassination carried out from a Paris hotel room but the city, in general, became the center of international activity of the Israeli Mossad.

According to the newspaper, the Mossad feels so comfortable working in the French capital, “the city is the playground of the Mossad. The Chinese and the Russians are our enemies but let us not forget that the Israelis and the Americans are also very aggressive,” the source said.

He further complained that “our ability to react is limited because they are quick to use the ‘diplomatic card’ and complain to the offices of the prime minister and president of France. France’s hands are tied,” he said since it depends on Israel “on many sensitive issues, and that the French “are also limited in the ability to prevent certain elements of the French Jewish community from assisting them in planning and logistics.”

Although it was previously reported that two of the 11 foreign agents allegedly involved in the murder of Al-Mabhouh, ‘Kevin’ and ‘Gale’, arrived in Dubai on an Air France flight from Paris, for a long time, the media in the foreign media was informed that the Mossad room had been run from Austria or from another European destination. But according to Le Monde, the Israelis control the operation from the heart of Paris.

Following the assassination, which sparked an international outcry and caused a diplomatic crisis with Britain over the use of European passports, France also complained to then Mossad chief Meir Dagan about the use of fake passports of its citizens. “This is a way to convey the message that we are dealing with an intolerable border, said the head of the Investigations Department of the French police.

According to Le Monde, the main concern of the French was that Hamas would suspect that France took part in the operation.  That is why France sent two senior agents to Jerusalem to meet with Dagan. “We will remain friends,” they told him, “but there will be a price.”

The assessment is that they threatened to freeze the exchange of information between the organizations as a response.

In a conversation with the Israeli Yedioth Ahronoth, the author of the article, journalist Jacques Floro, said last night that French intelligence officials were furious that they saw the alleged use of their passports as a “provocation”.

The assassination of Mabhouh was only a tip of an iceberg. The article reviews many operations, which Le Monde claims were run by the Mossad from French soil, including a joint Israeli-French attempt to recruit a Syrian agent who tried to buy chemical weapons, an attempt by an Israeli company to conduct wiretapping at the European Council in Brussels, as well as activities of Black Cube, an Israeli spy company, which operated offices in the prestigious Place Vendome in Paris.

In this article:Finance, Hamas, Israeli Mossad