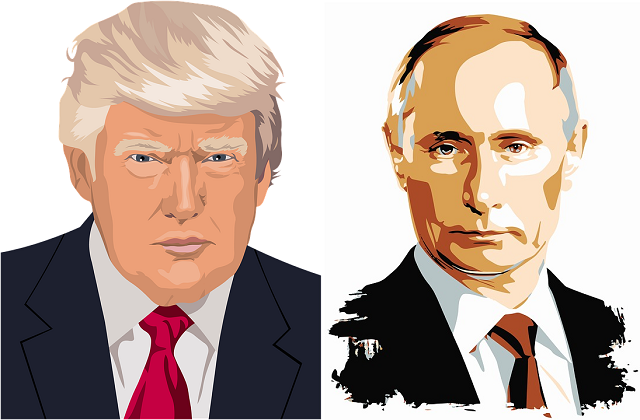 President Trump drew sharp bipartisan criticism after he failed to denounce Russian interference in the 2016 election during an extraordinary summit with Vladimir Putin in Helsinki. House speaker Paul Ryan who has usually been supportive of Trump was among those condemning Trump, saying that “there is no moral equivalence between the United States and Russia, which remains hostile to our most basic values and ideals”. Ryan added that there was “no question” the Kremlin had interfered with the 2016 election. Condemnation also came from Republican senators John McCain and Lindsey Graham as well as senate Democratic leader Chuck Schumer.

Americans view of Russia have steadily deteoriated in recent years. Back in 1999 when Boris Yeltsin was still president and close to the end of his time in office, 46 percent of Americans considered Russia a friend or ally according to Gallup. Even in the early Putin years, the share of the U.S. public considering Russia a friend or ally hit an all-time high of 73 percent by 2006. Perceptions started to go downhill in 2008, the year Russia and Georgia went to war and they have not recovered.

The downward trend sped up after Russia’s annexation of Crimea, Moscow’s alleged shootdown of a Malaysian airliner over Easter Ukraine and the election interference. By July of this year, 66 percent of Americans said Russia is an enemy or unfriendly while 31 percent considered the country a friend or ally. The share of Republicans who consider Russia a friend or ally has risen sharply since 2014, going from 22 percent ot 40 percent. That figure has also risen among Democrats, though very slighly.