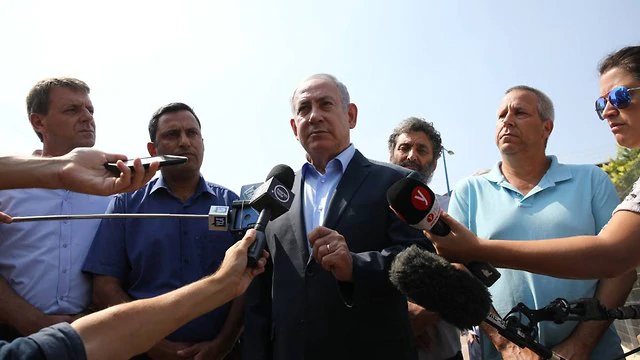 Prime Minister Benjamin Netanyahu arrived in the southern city of Sderot on Monday for the first time since the incendiary kite and balloon terrorism began wreaking havoc on Gaza border communities almost three months ago.

“We are determined to win. It entails an exchange of blows, it’s not over yet,” Netanyahu said after meeting with Sderot Mayor Alon

In addition to the fires caused by the incendiary kites and balloons, which are flown into their territories from the Gaza Strip and scorch vast swaths of farmland and wooded areas, the local authority leaders had to contend with some 200 rockets and mortar shells fired from Gaza over the weekend as the IDF attacked terror targets in the strip.

“I told them we’re in an ongoing fight,” Netanyahu told reporters. “Just as we’re now completing the thwarting of the (terror) tunnels, and just as we acted against and succeeded in stopping the mass charge on the (Gaza border) fence, we’ve also instructed the IDF to eradicate and stop the incendiary kite and balloon terrorism.”

He stressed that “We’re in the midst of a process,” adding that “It’s important Hamas understands it is facing a steel wall, and that this wall is primarily made up of a determined government, steadfast local leadership, Zionist communities we will of course continue strengthening, and of course the IDF.” 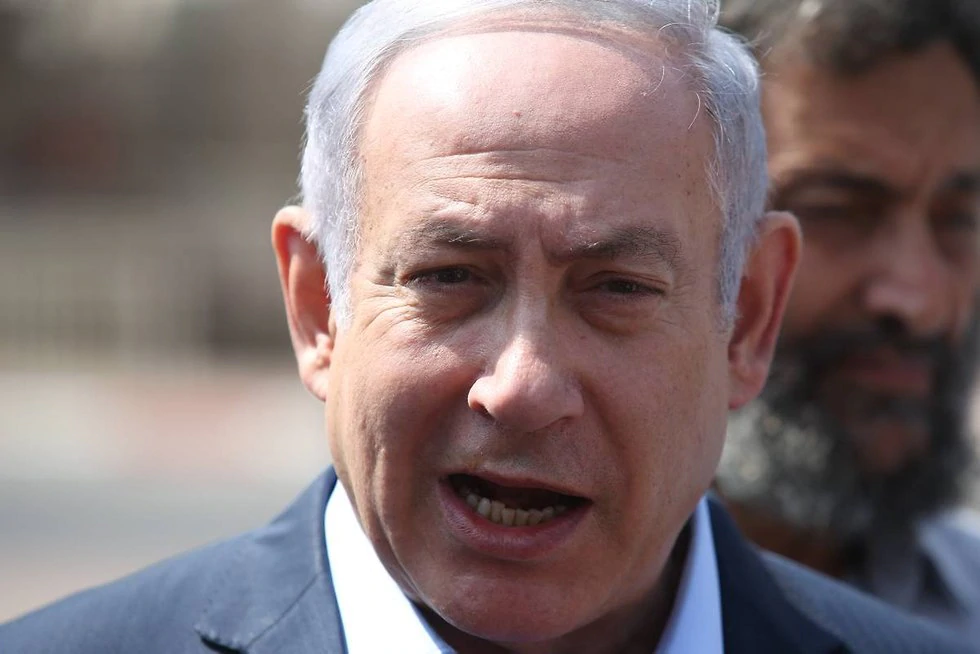 “We’re proud of them, and I’m proud of the wonderful residents of the border area, who are facing difficult days, but I’m convinced that with our shared strength to thwart and deter, we will eventually be able to defeat this terrorism from Gaza,” he added.

When asked what message he had to parents in the border area, whose children have been sleeping in shelters for over 100 days now since the beginning of the “March of Return” campaign and the rioting on the Gaza border, the prime minister stressed that “We don’t ignore anything. I just visited a kindergarten, I saw the small children. We’ve got an obligation towards these cuties as well, and it’s an ongoing move.”

Over the weekend, he said, “We delivered the most serious blow Hamas has suffered since Protective Edge,” but insisted, “You need to be prepared for the continuation of the fight.”

“We’re in the ongoing fight of Zionism. We’ve been fighting terrorism for 100 years, fighting it with great strength, and this place, at the moment, is the friction point between Islamist terrorism and the Jewish state, and we’re determined to win,” he went on to say.

Netanyahu reiterated his comments from Sunday, saying once more that “To us, there is no such thing as a ceasefire that excludes the incendiary kites and balloons. No such thing. I’ll say this for the seventh time and I hope it gets through, but if it’s not understood by my words, it will be understood by the IDF’s actions.”