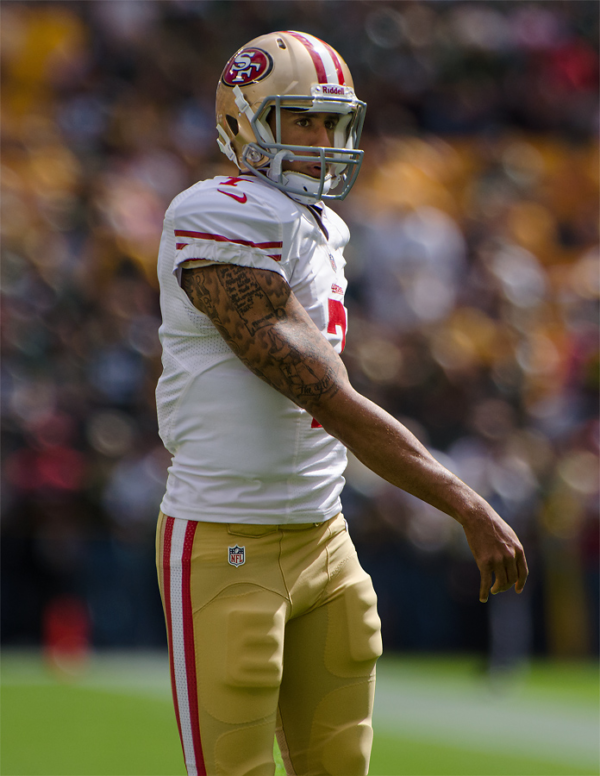 Chris Mancini, a former federal prosecutor, says that Broward County, Florida went from lynching African-Americans about a hundred years ago to legally “lynching” African-Americans in court and executing them within twenty days with no appeal.

It was my dream to help tens of millions of Americans earn a high school equivalency in the United States and to greatly improve parent participation in Title One programs. After seeing more than fifteen years of failure to help people and knowing that the number of people who need help was increasing, I asked a friend in the Senate of New York State to make it law that men and women coming out of jail or prison without a high school equivalency diploma should not be asked by employers to have a diploma. The job interview should focus on other things.

Florida continues to be a leading state for hate groups in the United States.

Congresswoman Maxine Waters has received death threats, even a threat or threats by lynching. The White House staff, in my opinion, has been setting this up since White House Chief of Staff John Kelly did not apologize to Congresswoman Frederica Wilson for making up a story about her. The White House, among other things, has “zero tolerance” for apologizing.

There will be no wall built by Mexicans or by anyone in Florida, unless Trump decides to build a wall around Miami and Orlando to protect people. There will no wall built to protect the families of the journalists that Trump says he pledges “eternal support” to. There must be another wall coming to protect against future attacks because he did not commit any budget monies to use police to protect our nation’s newspapers. Nothing! Nothing but words from our nation’s Chief Executive. Horrible! Horrible! Horrible! And Horrific. And this man wants about $20 million to build a wall and did not plan to use the money to protect us all. Make him use the money to protect us!

Donald Trump has kept his distance from addressing the NAACP, even as he favors other groups in our nation. Trump is the same man who took out a one- page ad in New York City to convict and kill the youth (The Central Park Five which included four African-Americans and one Hispanic) in the Central Park rape case, people who were later found innocent after serving time in jail.

I can still remember the late 1960s in Manhattan just south of Harlem where I had a part-time job. There were men bringing around fresh fish and Muhammad Speaks for people to read. We had heard about Malcolm X, but he was gone by 1968 when I walked the streets next to Central Park. There were drugs all over the area and large amounts of arrests, and people were dying.

On May 21, 1971 Marvin Gaye released What’s Going On. I had already seen enough of bad conditions in New York City at that point. Even though I grew up on New York’s Lower East Side, which was the drug capital of New York City, I had seen very little there and never gravitated toward drugs and people who used them. I think that friends of mine who used drugs respected me for being clean. Thank goodness! I had seen a lot, but I needed more knowledge and I now know that two of the main reasons why the War on Poverty failed was that we were not educating enough adults and their children.

If people across our nation would take the time to use FACEBOOK for each school and take this suggestion seriously, we can have an immense improvement in September. Take this lesson into consideration. As a GED teacher, I noticed that a large percentage of students were getting practice questions wrong. Back in 1999 they were getting geometry and algebra wrong. Many, perhaps twenty percent, would get reading questions wrong about things like the 13th, 14th, and 15th Amendments and their logical order. So that had to be taught for the test after the students dropped out of school. Why not have every school in our country provide easy to understand material to those students long before they drop out of school (those who are not passing their state exams)? Place that lesson and other important lessons each day on the newly formed FACEBOOK page for your school and give the children and their parents a much better opportunity in life.

The N.A.A.C.P. must know that its members have accomplished a lot and one of the great accomplishments happened last year in Alabama. There a Democrat defeated Roy Moore in his effort to replace Senator Jeff Beauregard Sessions. Doug Jones won the election and 98 percent of African-American women voted for him. It is often hard to prove who did what to win an election for candidates, but 98 percent of the vote was off the charts and it was something to be proud of.

And that is and should be a lesson for all elections from now on. Great increases in voter registration and providing a clear, critical message to all are what is needed now. And everyone must know this. Instead of giving members of the N.A.A.C.P. a meeting with Senator Sessions, what those members got was being arrested. Bernard Simelton of the N.A.A.C.P. put that message out during the campaign and people voted for Doug Jones for Senate, but I can assure you that huge numbers of people across our nation did not read about or watch news broadcasts about it. Do the same thing for each subject area and we have an educational revolution in the making.

Now that you know, just spread the word. This is not fake news. Truth stands upright in any language except

. Turn the page upside down if you have time.

Our schools are under attack and Donald Trump wants the schools to use federal money intended for education to purchase metal detectors and armed guards. Everyone should tell him no. Congress granted him more money than that to build part of his wall, which really is not our wall. We should demand that the money that Trump intends to build a wall with should go to keeping our children and neighbors safe by reducing crime instead of reading about those crimes in the news. Enough is enough! Say Never Again and Amen!

Our system, not “loopholes,” is giving asylum to people that Trump, Sessions, and Mike Pence are telling our nation that people do not deserve to be here, people who did not arrive here with a visa or green card. What those men and others have done is dangerous to democracy. Trump used to talk about “extreme vetting” and what we see is that he really wanted to keep everyone out. Due process is the law of the land.

Let’s unite for justice for all people, including those who are being blocked under the term “zero tolerance.” There should be zero tolerance for any injustice and we can unite with all the forces that are demonstrating and fighting for it in our country. 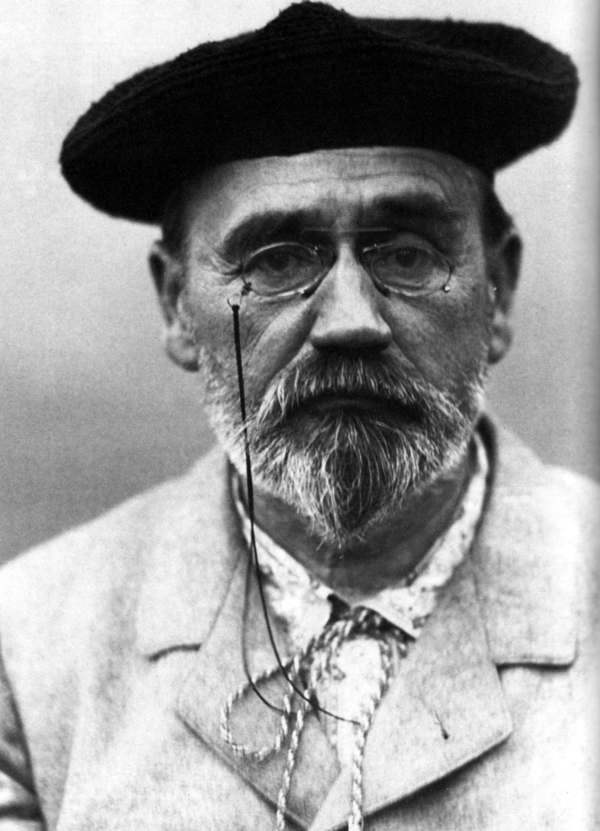 Looking closely at Donald Trump, we can set up a computer model based on historical facts. And we can derive an outcome. Let us go back into this history of Emile Zolá and Captain Alfred Dreyfus for a new and different look. Zolá helped save a Jew from a great injustice. Let us go back to the time and put Trump into it. But I am referring to a Trump without Jared and Ivanka Trump and their grandchildren (his Jewish family). Without Benjamin Netanyahu who hugs and kisses Trump, lavishing undeserved praises. We are back in time without Israel and the Balfour Declaration of 1917. This is a moment where Jews were in danger throughout France and its colonies. There were riots and demonstrations and loss of life.

Emile Zolá went to the President of France. France had already found Dreyfus guilty and Zolá was soon found guilty of libel. The French military was considered by a large percentage of Frenchman as superior to the people for serving. This is the mentality of Trump as he spends more time with the military and paramilitary organizations than with oppressed people. Even Senator Tim Scott, a Republican from South Carolina, went to Trump and came away with nothing. This could be the end for Tim Scott in South Carolina.

The military personnel that perpetrated the framing of Captain Dreyfus went to judges with secret information that happened to be false information and Dreyfus was found guilty. It was unbelievable. Most Jews had no idea that Dreyfus was innocent. The nation was divided over the Dreyfus Affair much the way our nation is divided over children being separated from their parents, suicides that should never have happened, due process being denied, and a ton of other Trumpian issues.

Captain Alfred Dreyfus was brought back to France. He was pardoned and later served in World War I. He was also promoted to the rank of colonel. In the twenty first century, a request to honor Dreyfus was turned down by President Jacques Chirac and Dreyfus was not given the military honor of heroes who are laid to rest in the Pantheon in Paris where Emile Zolá is buried. Chirac was concerned about the problem of anti-Semitism that could result from carrying out the request. And we have seen more, disturbing anti-Semitism in France.

Donald Trump jumped into the Colin Kaepernick matter and the N.F.L. protests. Instead of honoring all those men (both Black and White) who are fighting for justice, Trump hides behind the military and the flag. No flag and military should ever be more important than its people.

Trump’s job actually is to protect our nation’s men and women in war zones and to keep them safe. Did you know that our soldiers must take a ride on a helicopter in Afghanistan to the airport to be safe over a two-mile stretch? This was recently on 60 Minutes (CBS) by Lara Logan on January 14, 2018.

Please share all this information with people in your state. We must not fail this year.