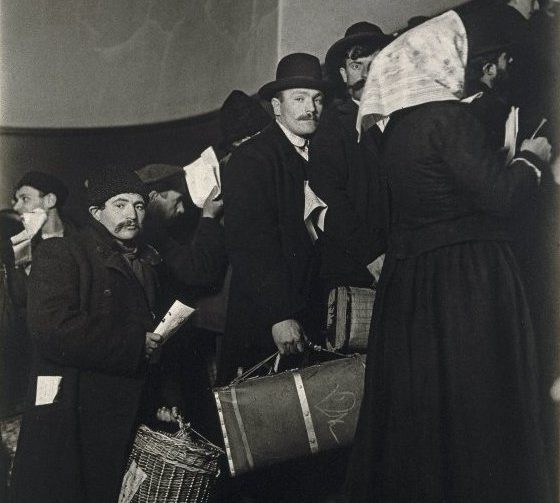 While reading For Whom the Bell Tolls I noticed that Ernest Hemmingway wrote “George Custer was not an intelligent leader of cavalry, Robert (Robert Jordan the main character),” his grandfather had said. “He was not even an intelligent man.” General Custer who lost the famous battle of The Little Bighorn made so many mistakes that President Ulysses S. Grant repeated that the loss of those troops was “wholly unnecessary-wholly unnecessary.” Just as Trump brings horrible things on himself that is what Custer did at his last stand. Custer’s hair was thinning at the time of the battle, but more important were the facts that he was not well educated and he sought publicity more than anything else.

Donald Trump, you will see, has a lot in common with some famous Americans.

I recently read a book that the Wall Street Journal wrote that the author “leaves no hero untouched, no American value unsullied.”

We have just learned that small farmers in the United States are committing suicide at an alarming rate over five times greater than any other occupation.

“He has little interpretation of the meaning of virtue, truth, honor, manhood, integrity.” Give this some thought.

He possesses “instability of character incident to lack of self-control, especially in relation to the sexual relation.” Give this some thought as well.

Imagine a people so poor who were “morally weak and in their weakness they succumbed to indolence, irresponsibility, promiscuity (and more).” Also there would be “marches, protests, riots, and God knows how many inflammatory speeches….” And give this one thought also.

John Paul Jones known for battles at sea during the Revolutionary War and for a quote about fighting which he apparently did not make, went to work after the war in the pay of the despotic Catherine the Great of Russia. Here in America right now we are worried about Trump being compromised by Putin of Russia, no longer the Soviet Union.

Then we come to Ethan Allen of the Green Mountain Boys who according to famous historians was a great scoundrel. His family claimed about 250,000 acres of land in Vermont and Allen opened secret negotiations with the enemy. Just communicating with the British was a crime.

Robert Morris, the great financier of the American Revolution, used his position to enrich his company and was accused of war profiteering.

The Minutemen did not always hold their ground in battle and often scattered. They were not really good shots and were often paid to fight and were not just volunteers. The average American at that time was middle class, but not the minutemen who needed money or poor, landless, out of work, and out of hope.” Farmers stayed home and others fought in their place.

In colonial times in Concord, Massachusetts, a third of all babies conceived twenty years before the Revolutionary War were conceived out of wedlock. There were similar results in other places and colonies. The Puritans gave out mild punishments for adultery. Back in those days rape was “pardonable.”

The Loyalists of the American Revolution were kicked out and most (80,000) went to Canada where they suffered a life of poverty. The war was no tea party. The Loyalists lost their land which was worth millions of dollars. The Democrats were sometimes asking Republicans for a tax reform that would provide more for the middle class instead of amazing large tax reductions to the top one -percent. The American Revolution can easily remind us of the Russian or French Revolutions.

The United States of the 1800s had heroes. A defender of the Alamo, William Travis, who has been debunked in many ways. Even Davy Crockett and there is evidence did not fight to the end and he was executed with others after the battle ended. Travis killed a man who made advances to his wife. He left his pregnant wife in Alabama and moved to Texas. He swore under oath at that time that he was a widower and a bachelor.

Then there was Abraham Lincoln who was not really thought of as poor. His so-called log cabin was promoted by a businessman whose partner was an evangelical who knew there was no truth that the log cabin they promoted was Lincoln’s. Lincoln’s father was in the top fifteen percent of tax payers in his community. The famous Dr. Norman Vincent Peale brought attention to the log cabin in America’s history and the greatness of people who were born in log cabins. John Wilkes Booth, the assassin of President Lincoln, the author explains was born in a log cabin. End of that myth!

In the 1800s were students committing violence in schools, including Princeton, Harvard, and the University of Virginia. At Harvard buildings were partially blown up. In Virginia a professor was killed who angered his students and there were also students armed with illegal weapons causing mob violence, and Princeton had at least 6 student insurrections.

In the 1900s there was a book that was critical of immigrants where the author, Thomas Bailey Aldrich wrote “O Liberty, white Goddess! is it well To leave the gates unguarded?” Later in a book by Madison Grant, he argued that there was a moral obligation to put certain immigrants to death. That book was endorsed by President Theodore Roosevelt. Less than twenty years later the federal government was fed up with Chinese, Jewish, and Italian immigrants. England and Germany would be allowed ten times more immigrants than some countries and Palestine was allowed only a hundred immigrants at that time.

We have repeatedly heard Trump talk about Chicago and its crime. Chicago had 700 paid assassinations from the 1930’s to the 1950’s and fewer than ten convictions. The Chicago Crime Commission reported that 97 percent of burglaries and 91 percent of robberies did not even result in an indictment in 1951. Things were worse than people knew.

Poverty has been declining over the decades, but small farmers are oppressed as today’s news tells us. Just before the Stock Market Crash of 1929, sixty percent of Americans lived in poverty. In the farm states things were worse as farm communities could have poverty rates of 70 to 88 percent, communities such as Muncie, Indiana and Zanesville, Ohio. Even John D. Rockefeller was worried during recessions and had his sleep broken up often. An estimate of business in general shows business failures as high as ninety-five percent. And we have even learned from the recent economic stimulus that was passed after the bubble burst all over the United States that it takes time for the economy to pick up after a huge recession and Republicans did not want the stimulus and many of us criticized President Obama because the progress was slow for a couple of years. The economy right now is strong, but nobody knows just how the huge sums of money gained in the tax reform of 2018 will be used or if they will be invested.

Most of the information from this article was extracted from LEGENDS, LIES and Cherished Myths of American History by Richard Shenkman. The book was published in the last century in 1989. The first two quotes in this article were not about Donald Trump at all. They were about the American negro. The third quote was taken from THE GRAVES ARE WALKING: The GREAT FAMINE and the SAGA of the IRISH PEOPLE by John Kelly.