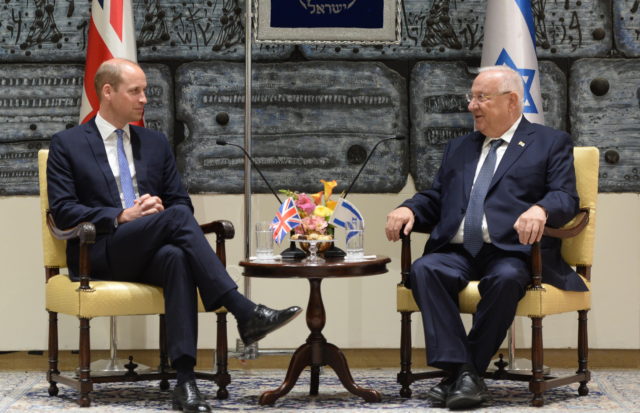 Prince William began his first day of touring Israel on Tuesday morning, kicking off his three-day visit with a trip to Yad Vashem Holocaust Memorial Museum in Jerusalem, where he expressed his horror at the “terrifying” Nazi extermination of six million Jews.

The Duke of Cambridge arrived in Israel for the first-ever official visit by a member of the British royal family on Monday evening, touching down in Ben Gurion Airport where he was greeted by Tourism Minister Yariv Levin and Likud MK Amir Ohana.

His visit to Yad Vashem began at 10:15am, where he met with Holocaust survivors and, donning a Kippah, laid a memorial wreath honoring the Jews murdered in the Nazi Final Solution.

The Duke met two survivors who escaped Nazi Germany for the safety of Britain. The memorial has recognized Prince William’s great-grandmother, Princess Alice, as part of the Righteous Among the Nations for her role in rescuing Jews during the Holocaust. 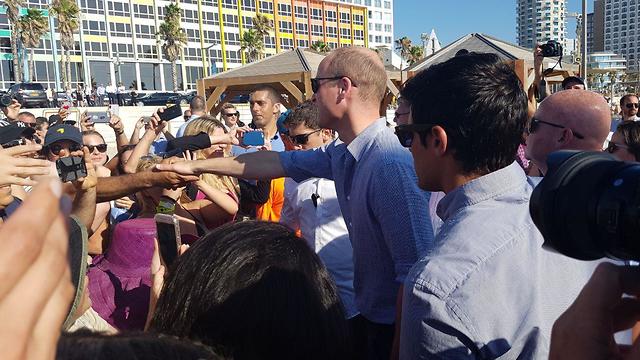 He voiced his horror at the sight of shoes left behind by Jews killed in a Nazi extermination camp.

“Terrifying. (I’m) trying to comprehend the scale,” he said, viewing the display.

Yad Vashem said Princess Alice “hid the three members of the Cohen family—Rachel, Tilda and Michelle—in her palace in Athens during the Nazi occupation of Greece.”

It said: “Princess Alice personally saw to it that the members of the persecuted Jewish family had everything they needed, and even visited them in their hiding place, spending many hours in their company.”

Thanks to her, the Cohen family survived and today lives in France, it said.

The princess died in 1969 and in 1988 her remains were brought to Jerusalem.

In a private 1994 visit to Yad Vashem, Prince Philip, the Duke of Edinburgh, planted a tree there in his mother’s honor.

Prince William was escorted during his tour of the museum by British Chief Rabbi Ephraim Mirvis and guided by Yad Vashem Chairman Avner Shalev.

Shortly after, the prince met with Prime Minister Benjamin Netanyahu and his wife, Sara. No public statements were made.

He then met with President Reuven Rivlin, who opened the conversation before journalists, welcoming the prince to Israel.

“You are writing a new page in history … You are the first one to come not only as a prince but also as a pilgrim to the Holy Land, Jerusalem,” Rivlin continued, before praising Britain as the country that gave birth to many of Israel’s laws and traditions during the pre-1948 mandatory period.

While the Royal visit is supposed to be apolitical, Rivlin raised the issue of the peace process between Israel and the Palestinians, asking the prince to convey a message of peace to Palestinian Authority President Mahmoud Abbas when he visits Ramallah in the coming days.

“I know that you are going to meet with President Abbas. I would like you to send him a message of peace and tell him that it is about time, that we have to find a way together to build confidence,” Rivlin said before sending his regards to the Royal Family.

Speaking after the president, Prince William opened his remarks by expressing his gratitude for the reception he had received. 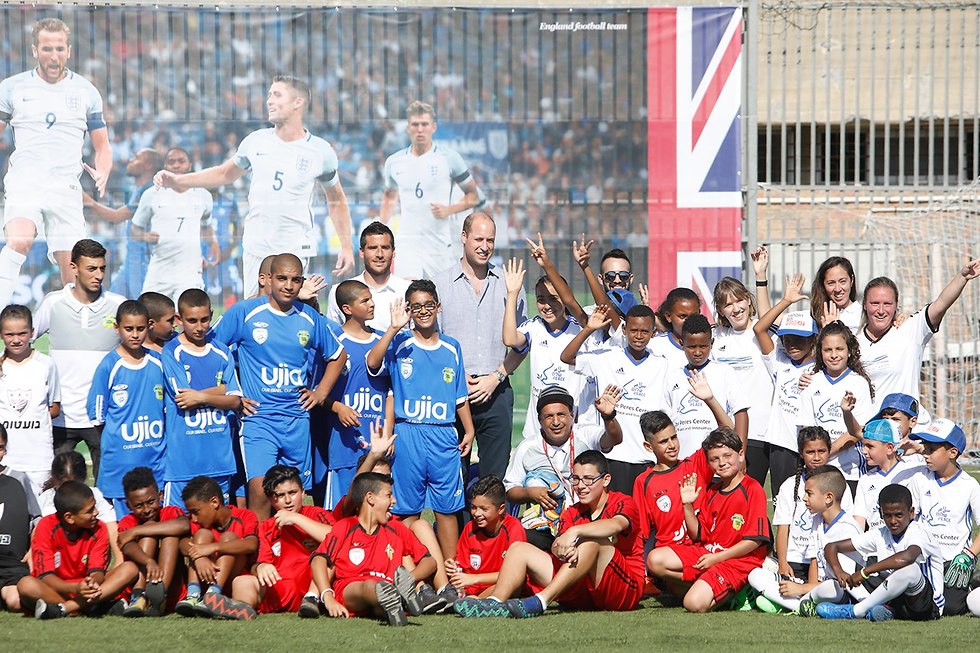 He also said that he is “very much looking forward” to seeing the Old City in Jerusalem.

“I had a very moving tour around Yad Vashem this morning which really taught me quite a lot more than I thought I already knew about the true horrors to the Jews in the war,” he said in a humble confession.

“I, like you, look forward to understanding lots about the region and about hoping that peace in the area can be achieved,” the prince added.

On Tuesday afternoon Prince William travelled to Jaffa to “meet with young people involved in the work of two organisations focused on co-existence between the young people of different religious and ethnic communities—the Equaliser and the Peres Centre for Peace,” an official statement says.

He arrived at a soccer event hosted by the two charities and will spend time with children and teenagers involved in several of their projects, including one focused on empowering young women.

His next stop will be a visit to central Tel Aviv together with Mayor Ron Huldai. He will also attend a reception at the British Embassy in Ramat Gan together with 350 guests. The event will be broadcast live on the BBC. 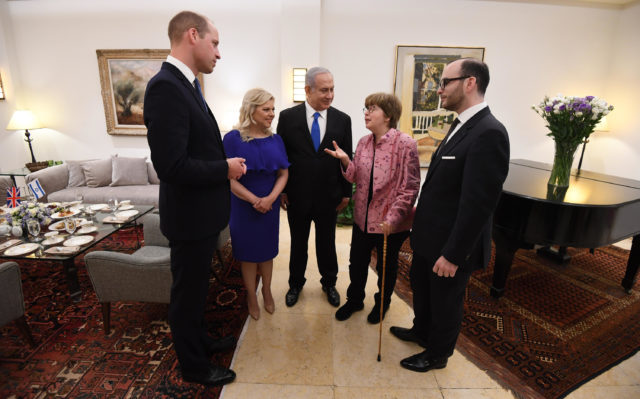 On Wednesday, William will visit the Beit Ha’ir Museum and meet with representatives of leading Israeli start-up companies and watch a presentation on Israeli innovation. He will also meet with young activists, both Jewish and Arab, who are involved with youth, education and social programs. He is also expected to attend a cultural event, which has yet to be announced, in the city as well and not leave before paying the beach a visit.

There, he will attend an event focusing on Palestinian refugees and “celebrate Palestinian culture, music and food; and a chance to meet a number of young Palestinians. Full details will be announced during the visit,” the statement said.

At night he will deliver a speech at a reception at the home of the American Consul in Jerusalem.

Thursday’s schedule could cause controversy, with Kensington Palace announcing that the “programme in the Occupied Palestinian Territories will begin with a short briefing on the history and geography of Jerusalem’s Old City from a viewing point at the Mount of Olives. From here His Royal Highness will travel a short distance to the Church of St Mary Magdalene where he will pay his respects at the tomb of his great-grandmother, Princess Alice.”