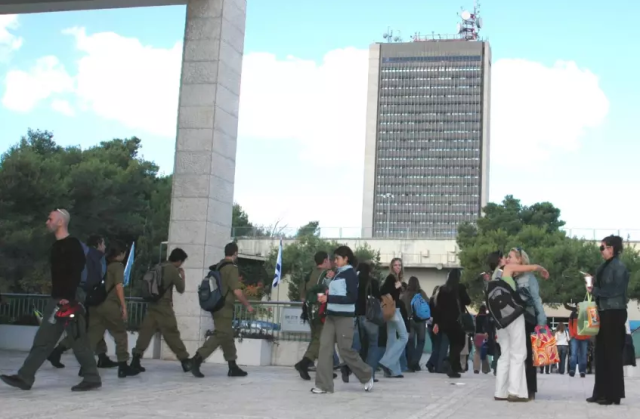 The University of Haifa has been awarded the first-ever Israel Ministry of Defense Tender for Military Colleges on Monday. The University allowing to grant academic degrees to officers in all three of their military colleges – the Tactical Command College, the Command and Staff College, and the National Defense College.

The studies, which are set to begin in July 2018, will bring hundreds of officers, commanders and senior figures in the public sector to the University of Haifa in the coming years.

The “Colleges Tender” was created as the result of an initiative by the commanders of the military colleges in the “Glilot” Base to combine all academic studies provided by military colleges under the academic responsibility of a single university. This will enable consistency in the long-term academic qualifications of IDF commanders and improve the academic education that they acquire in parallel with military courses.

The Tactical Command College is intended for company commanders. At the end of their studies, they will receive a bachelor’s degree from the Department of Interdepartmental Studies and an additional elective from the following list: Economics (Business Administration track), Political Science, Communications, Computer Sciences, Psychology, and Education.

The Command and Staff College – which, in recent years, did not grant a master’s degree – trains battalion commanders and Israel Air Force squadron commanders, and provides an MA in Political Science with a major in Armed Forces and Security.

In preparation for the July opening, the University is preparing to establish a special administrative unit in charge of the programs, associated with the Office of the Rector. This multidisciplinary academic system will include dozens of lecturers from the University and external content experts, in order to provide optimal training to IDF commanders for future generations.

“We are proud to open our doors to the members of the Israel Defense Forces and to be the academic home of Israel’s defense and security forces. These men and women, who are dear to our hearts, operate day and night for the sake of the defense and security of the State of Israel, and we will provide them the educational content of the highest standard.”