Prince William has arrived in Israel for the first-ever official visit by a member of the British royal family since the British Mandate ended in 1948 and the State of Israel was founded.

The Prince, second in line to the throne, landed in Ben Gurion Airport where he was welcomed by Tourism Minister Yariv Levin and Likud MK Amir Ohana.

The arrival Monday of Duke of Cambridge for three-day stay is likely to be full of historical symbolism. It ends the monarchy’s seven-decade unofficial boycott of the Jewish state for holding “Occupied Palestinian Territories.”

Although the visit is being billed as non-political, Prince William will be meeting with Israeli and Palestinian leaders and visiting landmark Jerusalem sites at the heart of the century-old conflict.

The trip to one of the world’s most sensitive regions could brandish international credentials the 36-year-old Prince.

William and his entourage arrived from Jordan, where he kicked off his five-day Middle East tour. He will spend the night at Jerusalem’s King David Hotel. During the British Mandate era, the hotel hosted the central offices of the British Mandatory authorities of Palestine.

Kensington Palace published a tweet in Hebrew and English saying “Prince William arrives in Israel, on the first official visit by a senior member of the Royal Family.”

On Tuesday, Prince William will visit Yad Vashem Holocaust Museum, participate in a memorial ceremony in the Hall of Remembrance and visit the Children’s Memorial.

He is also scheduled to meet with Paul Alexander and Henry Foner, two survivors of the Kindertransport, which before the outbreak of World War II helped bring thousands of Jewish children from across Europe to Britain.

In the afternoon he will meet with Prime Minister Benjamin Netanyahu at his official residence.

In the afternoon Prince William will visit Jaffa “where he will meet with young people involved in the work of two organizations focused on co-existence between the young people of different religious and ethnic communities – the Equaliser and the Peres Centre for Peace,” an official statement says.

Prince William arrives in Israel, on the first official visit by a senior member of the Royal Family

He will view soccer match with a joint team of Jewish and Arab players hosted by the two charities and will spend time with children and teenagers involved in several of their projects, including one focused on empowering young women.

On his way to the reception at the British Embassy in Ramat Gan together with 350 guests (the event will be broadcast live on the BBC), the Prince will visit central Tel Aviv together with Mayor Ron Huldai.

On Wednesday, William will visit the Beit Ha’ir Museum and meet with representatives of four leading Israeli startup companies and watch a presentation on Israeli innovation.

He will also meet with young activists, both Jewish and Arab, who are involved with youth, education and social programs. He is also expected to attend a cultural event, which has yet to be announced, in the city as well and not leave before paying the beach a visit. 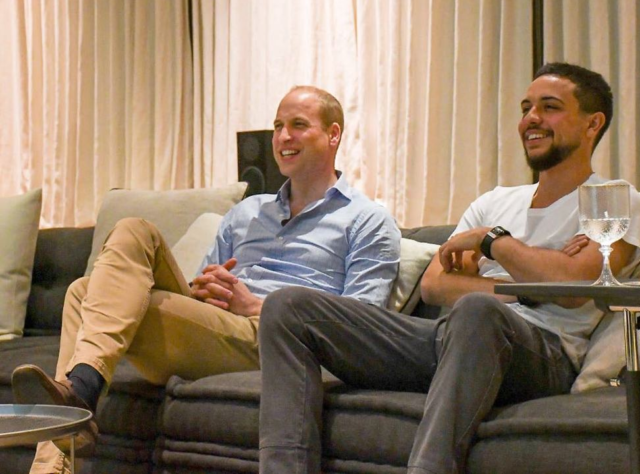 The statement said that Prince William will attend an event focusing on Palestinian refugees and “celebrate Palestinian culture, music and food; and a chance to meet a number of young Palestinians. Full details will be announced during the visit,”

At night he will deliver a speech at a reception at the home of the American Consul in Jerusalem.

Kensington Palace announced for Thursday’s schedule the “programme in the Occupied Palestinian Territories will begin with a short briefing on the history and geography of Jerusalem’s Old City from a viewing point at the Mount of Olives. From here His Royal Highness will travel a short distance to the Church of St Mary Magdalene where he will pay his respects at the tomb of his great-grandmother, Princess Alice.”

On Thursday, in the early afternoon, the Duke will depart from Ben Gurion International Airport en route to London on a special flight.