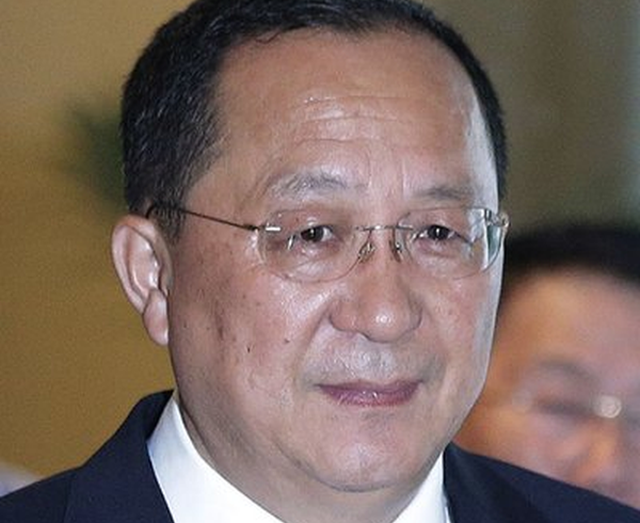 North Korea’s top leadership is preparing for the historic summit between Kim Jong-un and US President Donald Trump, but North Korean Foreign Minister Ri Yong-Ho on Monday found time to lash out at Prime Minister Benjamin Netanyahu. “The stinking Zionist is offering Iran water, he is a criminal and a liar, so the proposal is irrelevant,” he said, adding that he is not bothering to offer water to the residents of Gaza, but instead killing them.

Israeli Foreign Ministry spokesman Emanuel Nachshon replied on Twitter: “On the bright side- you follow us on Twitter and react. On the negative side- you insult us with no reason. Israel is a peace seeking nation, defending itself against a brutal and hate filled Iranian regime seeking our destruction.”.

“Israel is working overtime to make the summit in Singapore fail, and it hates North Korea,” Ri said earlier this morning. Ri wrote these things while sharing a video of Netanyahu summarizing his diplomatic visit to Europe. He added: “We are preparing for the summit of Trump and Kim, but we can not ignore the fact that the stinking Zionists are trying to isolate Iran in Europe.”

North Korean Foreign Minister Ri said in a later press release that Israel launched a Persian-language website yesterday, which includes information on Israeli technology in the field of recycling and desalination. The goal of the move is to bypass the ayatollahs’ regime and offer the Iranian people blue and white technology that will help them cope with the severe water shortage in the country.

The Ministry of Foreign Affairs, which operates the site, recruited Israeli stars who participated in Water Authority campaigns, including the model and the host, Bar Refaeli.

“Today I am going to make an unprecedented offer to the Iranian people, you are the victim of a cruel regime that deprives you of something essential and water bases,” Prime Minister Benjamin Netanyahu said in a video posted on his Twitter and Facebook accounts.

The children-killer PM of Zionist regime–the Shimr of the time– visits Europe to play the victim, claiming, ‘#Iran wants to eliminate our population of a few millions.’ European audience listens, nods& refuses to say, ‘you [Zionist regime] are committing crimes in Gaza & Quds.’

Iran’s supreme leader Ali Khamenei also addressed Netanyahu on Twitter, but not surprisingly, he did not thank him for the proposal to help water desalination. Last Wednesday, Khamenei referred to Netanyahu’s political visit to Europe and wrote: “The murderer of children, the prime minister of the Zionist regime, visits Europe and makes himself a victim.”

Khamenei added: “He claims that Iran wants to destroy its population, the European audience is listening, nodding and refusing to say to him, ‘You are committing crimes in Gaza and in Jerusalem.’”

In this article:Finance, Israel-Iran Nuclear War