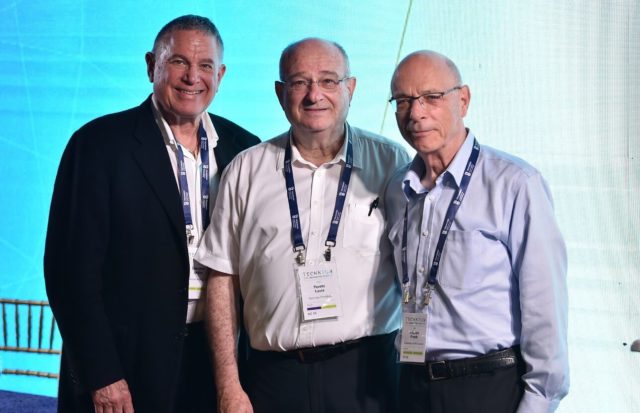 The Israeli Technion, Institute of Technology has launched a global $1.8 billion fundraising campaign to be concluded in 2024. This is the largest and most ambitious initiative of its kind ever launched by an Israeli university.

However more than 40% out of a total goal of $1.8 billion having been raised in last four years after the Technion launched a quiet phase of the campaign in October 2014.

Technion said that the money will support for world-changing, life-saving innovation, and better prepare for the challenges and opportunities the digital revolution brings with it, and which are expected to be at the focus of global attention.

Through the campaign, Technion will fund crucial areas of need such as environment, sustainability, alternative energy and water conservation; health and medicine; artificial intelligence, information, and communication; quantum science, matter, and engineering; and advancing Israel security, leadership, and diversity.

“This campaign is truly global in nature,” said Prof. Peretz Lavie, President of the Technion. “Not only does it involve our societies around the world—including the UK, Canada, Switzerland, Australia, France, Israel, and the U.S.—but it will result in global benefits, such as better quality in soil, water, and air, easy-to-use sources for clean and renewable energy, engineering aid to developing countries, advancing breakthroughs in fighting cancer, and much, much more.”

“We live in the era of social entrepreneurship when top philanthropists seek to maximize the return on investment for every single gift,” said Jeffrey Richard, CEO of the American Technion Society, whose donors have provided more than $2.5 billion for the Technion since 1940. “It is important that potential donors understand just how far their money goes at the Technion.”

Ronald Lauder to serve as an honorary chair of the Technion Global Campaign.

In October, Ronald and Jo Carole Lauder will host a special event at their home in New York to launch the Technion campaign in the United States.

In this article:Technion – Israel Institute of Technology, Finance, Fundraising