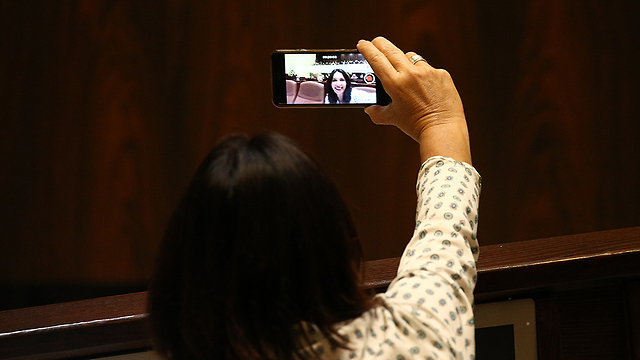 After the cancellation of the soccer match between Israel and Argentina, the eyes are now looking forward to an even bigger event that is expected to take place next spring in Jerusalem.

The cancellation of the game on Saturday disappointed many Israelis, but it also marks a red line for politicians towards the Eurovision Song Contest and proof that intervention on their part could lead to the cancellation of competition in Israel.

In the last few days, there has been an increase in voices calling for the boycott of the Eurovision Song Contest in 2019.

The cancellation of the Eurovision will cost the Israeli taxpayer 12 million euros (NIS 50 million).

According to the minimum requirements for the European music competition, Israel must deposit a guarantee of NIS 50 million, which constitutes a sort of “seriousness fee.” If, for any reason, competition is canceled, the European Broadcasting Union (EBU) will be able to forfeit the guarantees.

Senior officials, who are involved in the details, said that “if the politicians insist on intervening, there is a real danger to the Eurovision Song Contest in Israel.”

The goal is for countries not to boycott Israel

At the first working meeting on the Eurovision Song Contest of next year the European Broadcasting Union made it clear to senior officials of the Israel Broadcasting Corporation, which is supposed to produce the competition, that they would not tolerate political interference of any kind.

“They gave us Ukraine as an example,” senior officials said. “They almost kicked them out because of that. We have to be careful.”

During that meeting, a demand was made to mark at least two cities that would be submitted as part of a tender for the Eurovision Song Contest in Israel.

They demand “non-party venue,” and in effect sent a heavy hint toward Jerusalem. “Our goal is for countries not to boycott the venue,” the European representatives told their Israeli counterparts.

As of now, despite the discourse surrounding the existence of the Eurovision in Jerusalem – no other city has applied formally after the competition in its field.

The window of opportunity is closing, the final deadline for the submission of city names is in August, but there is a possibility of extension until September.

The main requirement is a closed hall with at least ten thousand seats, but in this matter, there may be a compromise that will allow us to deviate from this number and hold the event in a smaller hall.

Culture and Sports Minister Miri Regev was asked Wednesday evening whether there would be political intervention ahead of the Eurovision Song Contest in Israel.

Minister Regev said this during a press conference in which she referred to the Argentina team’s decision to cancel their arrival in Jerusalem.

Regev said that the decision to transfer the game from Haifa to the capital which led to the Argentinian move: “There is no greater lie than that,” she said. “It was decided to cancel the game only for one reason – the threats to the life of Messi and his family.”

Next month there will be another meeting with the members of the European Broadcasting Union in order to obtain additional details and close the edges regarding the holding of competition in Israel.