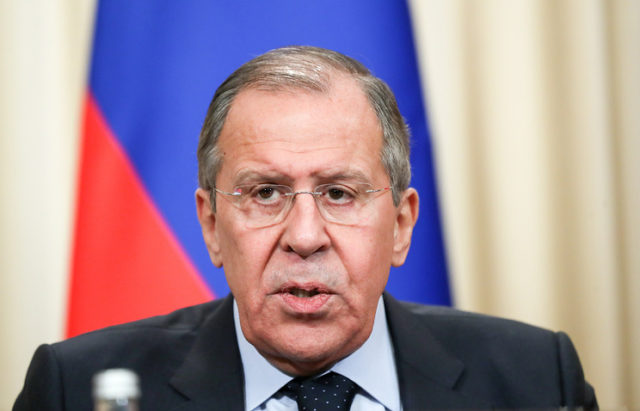 Defense Minister Avigdor Lieberman will head to Russia on Wednesday for a high-level security delegation. Lieberman will meet with his counterpart Sergei Shweigo on Thursday.

The meeting was intended to consolidate understandings between the two countries in light of the preparations by the Assad army to return to southern Syria and to take positions along the border with Israel.

Jerusalem agreed to the return of Assad’s forces on the condition that Iranian forces and Hezbollah members do not accompany Syrian government forces.

Commenting on Israeli media reports about Moscow’s plans to ask Iran to pull its units back from the Syrian-Israeli border, Russian Foreign Minister Sergei Lavrov said on Monday that only Syrian government troops should have a presence on Syria’s southern border, which is close to Jordan and Israel.

“Of course,” Lavrov added in a joint news conference in Moscow with Jose Condungua Pacheco, his counterpart from Mozambique, “the withdrawal of all non-Syrian forces must be carried out on a mutual basis, this should be a two-way street. The result of this work which should continue and is continuing should be a situation when representatives of the Syrian Arab Republic’s army stand at Syria’s border with Israel,” Lavrov said.

According to TASS, the Russian top diplomat pointed out that the 2017 agreements on setting up a de-escalation zone along the Syrian-Israeli border implied that all foreign troops must pull out of the area.

Israel’s Haaretz newspaper on Sunday wrote that Moscow may convince Iran to pull its troops back 60 kilometers from Syria’s border with Israel.

However, the Prime Minister’s office hastened to make it clear that there is no Israeli agreement to the remaining forces of Iran in other parts of Syria and that Israel demands the full withdrawal of Iranian and Hizbullah forces.

“Israel is not interested in partial agreements but is interested in the withdrawal of the Iranian army from all of Syria,” PM office said.

In the meantime, National Security Advisor Meir Ben Shabat will go to Washington to discuss coordination between Israel and the United States after Trump announced his departure from the nuclear deal with Iran and the 12 conditions presented by Secretary of State Pompeo to the Iranians.

Netanyahu will leave next Monday for a three-day visit to Germany and France, during which he will meet with Chancellor Merkel and President MaCron and discuss with them the Iranian nuclear threat and Iran’s establishment in Syria.

Netanyahu is considering moving from Paris to London to meet with British Prime Minister Theresa May.

Regarding Syria, Netanyahu said: “We believe that there is no room for any Iranian military presence in any part of Syria, and of course these reflect not only our position, I can safely say that they reflect the positions of others in the Middle East and outside the Middle East. Of the discussions there.”

Meanwhile, Jordan said on Monday it was discussing developments in southern Syria with Washington and Moscow and that all three parties agreed on the need to preserve a “de-escalation” zone they brokered last year and which has reduced violence.

A senior official who requested anonymity told Reuters the three countries that signed last year’s deal to create the zone “saw eye to eye” on the need to preserve it as a key step to “accelerate efforts to reach a political solution” in Syria.