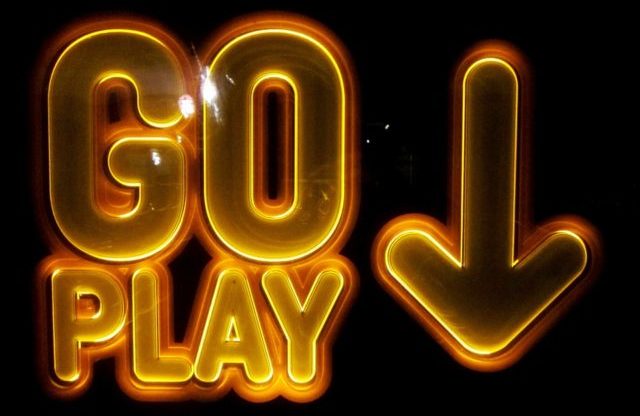 Online gambling is a profitable industry throughout the globe. Interestingly enough, Israel is home to some of the most successful companies in the online gaming industry. What is more, despite the fact that some of the biggest names no longer operate on Israel land, their Israeli roots have played a part in their becoming symbols of today’s iGaming industry.

Founded in 1999 by the Israeli billionaire Teddy Sagi, Playtech is an online gaming software supplier. The company provides high-tech, state-of-the-art solutions to some of the most renown online casino operators. Ever since its foundation, the company has largely been concerned with further development of the best gaming products in the industry. The product base of Playtech can be implemented into completed cross-platforms. The company provides access to online gaming venues, it broadcasts server-based terminals, etc.

Among the company’s leading iGaming applications are online casino, bingo, live gaming, sports betting, etc. Essentially, Playtech offers management solutions through which iGaming operators can reach a fully-developed set of services and tools. Today, many successful iGaming operators take advantage of Playtech’s innovative technologies. Additionally, the company is featured on the FTSE and some of the biggest online media websites like Reuters often feature news related to Playtech.

What is more, the company relies on partnerships and licenses to spread its influence on the global market. Arguably the most popular example is the British William Hill. Playtech hurried to strike a deal with the British operator when it announced plans to operate in Israel in November 2008.

888 Holdings was founded by Avi Shaked, in association with his late brother Aharon, and two other brothers – Shay and Ron Ben-Yitzhak. The story behind the foundation of 888 Holdings is  really captivating. Aharon and Avi realised the potential of gambling during a holiday in Monte Carlo.  Immediately, they decided to open an iGaming website, even though neither of them had any idea how to manage an online casino. Subsequently, the brothers mortgaged their homes and united with the Ben-Yitzhak brothers, one of whom created the original games which were available on the first 888 website (back then the company had a different name).

Nowadays, Avi Shaked owns almost half of the company, whereas the Ben-Yitzhak brothers control nearly 11 percent. The company moved its headquarters to Gibraltar in 2003 and currently it has licenses in Gibraltar, Spain, Denmark, Romania, Nevada, UK, New Jersey, etc.

888 Holdings has unique 2-lined structure: B2C, operating under the 888 names, and B2B, conducted through Dragonfish. The latter provides partners with the perfect platform through which to launch an online gaming site. The company’s structure allows it to influence its core product, marketing, and technological strengths in order to optimise their benefits for both platforms. In this aspect 888 successfully beats competition on the market.

Founded in 2008, the company is a leading provider of digital marketing services. The company aims to generate high value traffic by means of appropriate tools and innovative methods. XLMedia generates traffic for sites such as 888 Holding PLC. To put it simply, the company advertises iGaming sites to their own clientele, increasing the number of online casino visitors by the hundreds. What is more, XLMedia assists more than 150 iGaming operators in more than 20 countries across the globe. Among XLMedia’s famous clients are the Scandinavian websites Mr. Green & Co. AB (OMX: MRG) and Betsson AB (OMX: BETSB), as well as British websides William Hill PLC (LSE: WHM), etc. When it comes to marketing in the gaming industry, XLMedia is one of the best companies in the world.

Even though Isai Scheinberg and his son Mark no longer own PokerStars, they have certainly contributed to the global popularity. The dusk of the 1990s saw the beginning of Scheinberg’s ambitions to create a poker website. Incidentally, it was about the same time that online gambling was beginning its development.

In the beginning of the 2000s, Scheinberg started gathering a team of programmers and poker consultants. He also employed his son and put him in charge of the Costa Rica office (the location was chosen for its friendly gambling laws). Finally, in 2001 PokerStars was launched. Subsequently, the Scheinberg family sold their site for $4.9 billion in 2014.

In November 2008, the British William Hill bookmaker started partnership with the Israeli company Playtech in order to solve its online operation problems. As a result, Playtech handed over assets and technologies to William Hill, as well as a huge number of Israel-based employees in return for a 30 percent interest in the venture.

10 years later, William Hill PLC is shutting operation in Israel. Consequently, more than 200 of the 250 Israel-based employees will be discharged. However, a small number of the company’s most valuable personnel will be redeployed to the company’s headquarters in UK or somewhere else in Europe.