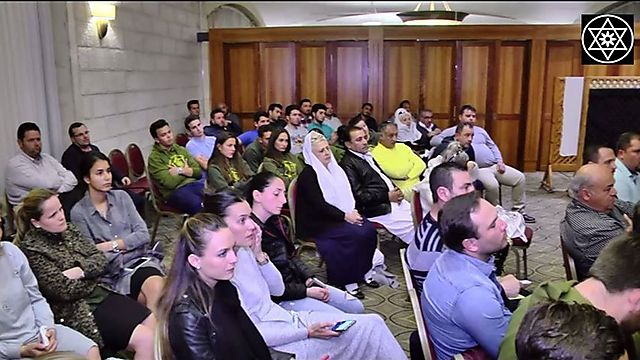 Hundreds of Gypsies have been flocking to Israel for conferences following an Israeli scholar’s discovery of a biblical connection between Jews and Gypsies. According to Shmuel Avukia of the community of Kokhav Yaakov, one of the organizers of these conferences, the Romani people are the lost descendants of the Israelite tribe of Simeon.

“A few years ago, I began studying the biblical texts thoroughly,” says Avukia, who has been researching the Jewish-Gypsy connection for several years now. “Not just on the surface, what we read in the Torah portion every week, but really thoroughly. And that’s where I stumbled upon the Romani issue.

He was struck by one peculiar sentence. “And Esau said, Let me now leave with thee some of the folk that are with me,” (Genesis, Chapter 33).  Avukia began wondering just who the folk in question may be. He believes the answer is: The Bible makes specific references to the Romani people, who are the descendants of the Israelite tribe of Simeon.

“I discovered very interesting things about their connection to the Jewish people. It was really big, and I started talking about it a bit on Facebook and on the Internet and there was a huge response. I received many reactions and I decided to take it one step further and create the Jewish-Gypsy Forum.”

‘The Gypsies know they are of Jewish descent’

The forum convened in Jerusalem for the first time in early December 2017. About 60 Romani tourists from France arrived in Israel for a series of meetings with Avukia and other forum members. Together, they created a symbol combining a Star of David and the spoked wheel featured in the Romani flag.

During the gathering, Avukia presented the findings of his research, which concluded that the Romani people are descendants of the tribe of Simeon.

“The Gypsies know that they are of Jewish descent, but they have no proof. I believe that together with my research and things we’ll learn about the Romani community, its traditions, and its sources, we’ll be able to piece things together.”

In a lecture to the Romani delegation, Avukia said the first verse he found pointing to Jewish-Gypsy connection is from the Book of Genesis: “Esau said, ‘Then let me leave some of my men with you.’” According to Avukia, deeper interpretations of the verse, and mainly of the word “leave,” might be a reference to other things apart from the literal meaning.

‘If we have proof, we can’t ignore it’

Since publishing his findings, Avukia has been contacted by thousands of members of the Romani community, and hundreds of them have already visited Israel for additional gatherings.

“I am in touch with several representatives of Romani communities from France, Finland, Spain, Russia and even the United States,” he says. 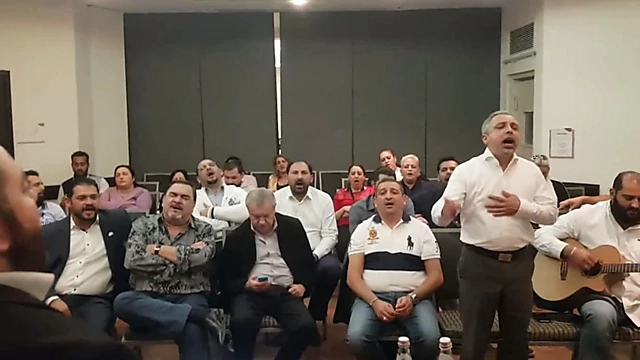 What drove you to search for a Jewish connection that has never been proven?

“We see a historical connection between the people. The Nazis, for example, sought to annihilate only two people—the Jews and the Gypsies. And there are other historical contexts too. I think if we have proof that we have found a lost tribe, we can’t ignore it.”

Has any rabbinical authority confirmed your research?

“I’m currently working on a video and on a book that will present all the evidence and the full research. Afterward, we’ll present it to the rabbis and to halachic authorities.”

I assume they won’t accept it.

“Clearly, most people will try and toss it away, but I’m following Jewish logic—it’s only that which seems impossible that happens in the end, like the establishment of the State of Israel. It was a dream that seemed imaginary, but here we are.

“It’s clearly a process, and we’re only at the beginning of the road and we have to do it smartly and slowly. But if it’s the truth, it will materialize in the end.”