Images caught by  Israeli satellite company ImageSat International (ISI) show unusual activity at the Fordow underground nuclear facility on April 29, including the entrance gate being left open and cars and buses parked outside.

According to ISI, this is the first time that the facility has been active in the past 2 years.

The new satellite images released Thursday show the entrance gate leading to the tunnels of the enrichment site open, which is unusual.

The images also show some 30 vehicles and four buses parked outside, something that hasn’t happened in months. 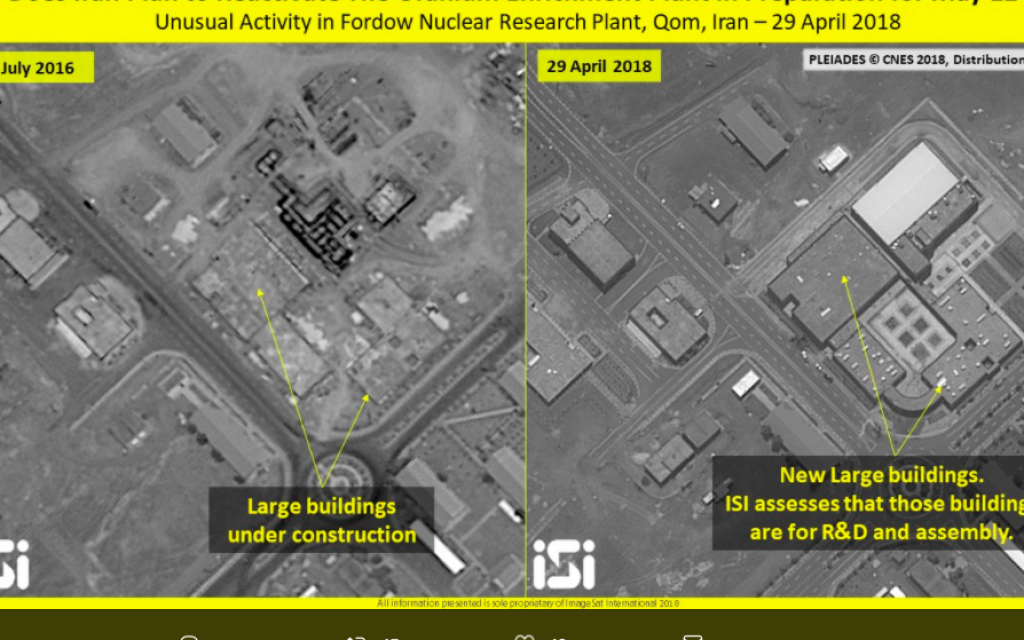 The underground facility is located inside a mountain and is meant to be under the supervision of the International Atomic Energy Agency (IAEA).

The photos also show that progress has been made on some structures being built outside the facility. For comparison, ISI also released satellite images from July 2016 of the same place.

These structures are believed to be meant for production, research and development. 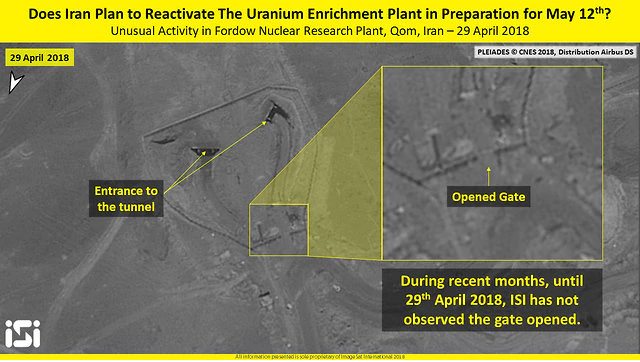 The images were released just three days after Prime Minister Benjamin Netanyahu presented some 55,000 physical documents and an additional 50,000 files on CDs that he said proved that Tehran had lied “big time” to world powers about its military nuclear program.

The Israeli intelligence agency Mossad was able to smuggle half a ton of documents from Tehran. These documents, according to Israel, make up a significant portion of Iran’s nuclear archive.