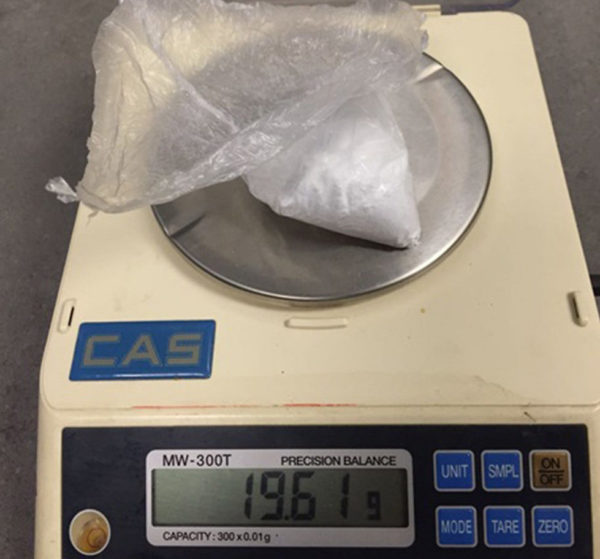 The grandson of a member of Knesset from the United Torah Judaism party was caught carrying 11 kg of a substance suspected to be cocaine hidden inside a double lining in his suitcase at Ben Gurion Airport on Friday.

A few grams of cocaine were also discovered inside the man’s Tefillin bag.

The 24-year-old Jerusalem resident flew in from Brussels and tried to go through the “nothing to declare” exit but was caught during a random customs check.

Investigators from the Central Unit of the Central District Police, who were called to the scene, detained the man on suspicion of trying to smuggle drugs into the country.

After a few hours, the police have come to the conclusion the young man was merely a courier meant to transfer the illegal substance to elements who were supposed to distribute it in the Israeli market.

The police say the investigation is focusing on where the drugs were supposed to go, who purchased them abroad and where.

Due to Shabbat’s sanctity, the suspect refused to give his statement and chose to remain silent.

After the Shabbat had ended, he gave his statement, saying he thought he was carrying smuggled alcohol bottles, and that he had been deceived.

Public attorney Abed Abu Amer, who represents the suspect, said Saturday he had “heard the suspect’s version about the existence of drugs in his bag—claiming people he knows got him involved in drug smuggling—and it is reasonable.”

“The suspect has no connection to the drugs found. He is simply a fraud victim,” the attorney added on Monday.

The man is suspected of import and trade of dangerous drugs as well as conspiring to commit a crime.

His remand was extended until Thursday.

The United Torah Judaism MK refused to comment on his grandson’s arrest. “The incident does not bother him, he acts the same and doesn’t look upset at all,” according to party sources.