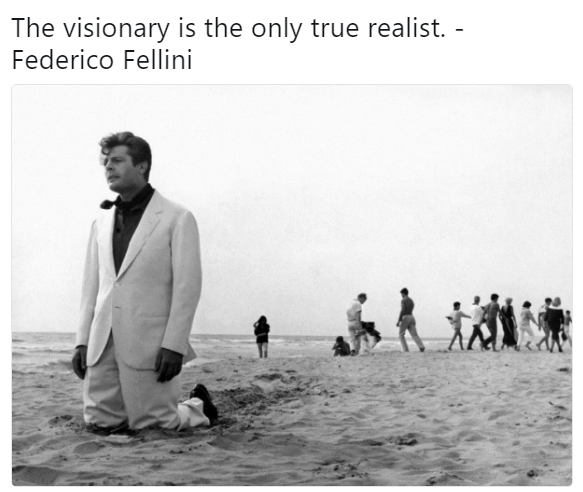 “Where will it end? When will it all be lulled back into sleep, and cease, the bloody hatred, the destruction?”
-Aeschylus (Oresteia), presenting the ending of Agamemnon

Currently, the Korean peninsula, Syria and the wider Middle East are the most critically urgent venues of world legal disorder. To be sure, if we can further accept that we are already enmeshed in “Cold War II,” the United States and Russia should reasonably be included in these venues. Still, the core problems of peace and war are not narrowly geographic. Rather, these issues are embedded deeply into our species’ time-dishonored commitments to the concept of a national military victory and a literally endless cycle of international belligerence and zero-sum confrontations.

Where will it all end? To answer such a profoundly far-reaching question, we must first recognize that every seeming military success or victory offers only a temporary reprieve, a more-or-less reassuring holding action. In more expressly jurisprudential terms, this acceptance of a never-ending war suggests that even the most carefully codified treaties of peace are ultimately little more than a flimsy armistice or cease-fire agreement. This debility refers even more obviously to non-treaty international legal agreements. While US President Donald Trump now thinks seriously about exiting the 2015 JCPOA with Iran, there is actually little or no reason to suppose that Tehran’s strategic nuclear agenda would be affected or correspondingly altered. And if the JCPOA were somehow “upgraded” to a treaty-based law – an inconceivably optimistic assumption at this late date – the lack of policy consequence for Iran would still remain the same.

Historically, we may readily conclude and without hesitation that any purported military success or even full-scale victory will meaningfully endure only until the next conflict. While it is not inevitable that all conflicts would necessarily reappear in precisely similar circumstances or between the identical state parties, it is, in fact, incontestable that our overall system of global power management (one “born” at the Peace of Westphalia in 1648) will experience periodic and potentially catastrophic breakdowns.

In short, even if we should somehow “successfully” manage the stunningly complex crises in Asia, the Middle East, and potentially the United States (think here of a steadily enlarging “Cold War II”), this alleged success will bring few if any real long-term consolations. Accordingly, in all pertinent security matters, the United States ought not to presumptuously declare “mission accomplished,” but plan instead to create a more enduring system of world legal reform.

It’s not just that such a declaration would be premature (the criticism leveled very recently and fairly about President Donald Trump’s almost visceral and self-promoting declaration on his Syria bombardments), but that it would be ill-advised even if it were not operationally too soon.
In the final analysis, what is desperately needed for improved global law enforcement is not just the next national battle plan or more suitably refined “order of battle,” but a truly coherent vision for reconceptualizing global power management.

For certain, any such heady advice will likely be ridiculed and summarily dismissed as utopian; nonetheless, there are various conspicuous domains of human survival concern in which any stubborn commitment to “realism” would represent the most naive posture of all. Accordingly, says famed Italian film director, Federico Fellini, although plainly not speaking specifically about world legal order, “The visionary is the only realist.”
While a filmmaker is not expectedly the optimal source of insight into deeply arcane aspects of global politics, the truth is still always exculpatory, whatever its intellectual origins. Therefore, Realpolitik or geopolitics has never “succeeded” for more than exceedingly brief historical intervals. Looking ahead, however many defensive first strikes might be launched against assorted presumptively prospective aggressors, and irrespective of any appropriate collective security authorizations, grievous systemic failures could still involve weapons of mass destruction (including even nuclear weapons).

In these blatantly foreseeable cases, any particular failures of Realpolitik could prove not “only” catastrophic, but also unprecedented – sui generis or unique in the wider lexicon of logic and the scientific method.

In complete candor, a determinedly zero-sum orientation of world politics has once again become so darkly unpromising and so brutally competitive that it begins to resemble a genuine chaos. It follows, in the shadowy years ahead for world legal affairs, that one thing is plausibly assured. This is that the longstanding Hobbesian universe of a Bellum omnium contra omnes – a war of all against all- cannot be sustained.

All states, but especially those that rely implicitly or explicitly upon some form of nuclear deterrence, must, therefore, begin to think much more self-consciously about creating improved systems of world law. While any hint of a revealed interest in global unification or integration (or what French Jesuit philosopher Pierre Teilhard de Chardin calls “planetization”) will sound unacceptably fanciful to “realists,” it is actually far more realistic to understand a different insight:

The still-prevailing “every man for himself” ethos in world politics is time-dishonored and destined to fail. In the words of the celebrated Jesuit scientist and philosopher in The Phenomenon of Man: “The egocentric ideal of a future reserved for those who have managed to attain egoistically the extremity of `everyone for himself’ is false and against nature. No element could move and grow except with and by all the others with itself.”
Again and again – at some point, perhaps, irretrievably – world systemic failures could become simultaneously intolerable and irreversible. In the final analysis, it will not be enough to merely tinker at the jagged edges of our current world legal order, endlessly forging ad hoc agreements between usually recalcitrant states, or between these states and various surrogate sub-state (sometimes terroristic) organizations: “What is the good,” inquires playwright Samuel Beckett in Endgame, “of passing from one untenable position to another, of seeking justification always on the same plane?”

It’s the right query. In the longer term, any long term, the only sort of realism that can make any real sense, the only sort of Beckettian “good,” is a stance that points ceaselessly and unhesitatingly toward a far “higher” awareness of global human oneness and world system interdependence.
Ultimately, in its fully optimized expressions, such an awareness would likely resemble what the ancients had imaginatively called “cosmopolis,” or world city. For the moment, incontestably, the prophets of a more integrated and harmonious world civilization will remain few and far between; but this is not on account of any intrinsic lack of need for intellectual “prophecy.” Instead, it reflects a progressively imperiled species’ stubborn unwillingness to ever take itself seriously – that is, to recognize that the only sort of common loyalty that can ultimately rescue all states must first embrace a redirected commitment (both individual and national) to humankind in general.

At its heart, this is not really such a complicated idea. To wit, it is hardly a medical secret that those basic behaviors plainly common to all human beings vastly outnumber those traits that continue to foolishly differentiate us, one from another. Unless the leaders of all major states on Planet Earth can finally understand that the survival of any one state will inevitably be contingent upon the survival of all, true national security will continue to elude absolutely every nation on earth, including the allegedly “most powerful,” including even the “superpowers.”
There is one central truth in the study of world politics that is still far from any evident recognition or acknowledgment. It is that our planet represents an indissoluble or organic whole, a fragile but fully-intersecting “unity” that already exhibits steadily disappearing opportunities for human rights and war avoidance.[1]

To seize these residual opportunities, “visionaries” throughout the world must finally learn to build solidly upon the foundational insights of Francis Bacon, Galileo, and Isaac Newton,[2] and also on the much more recent observation of Lewis Mumford: “Civilization is the never-ending process of creating one world and one humanity.”

As a much-needed bulwark of such a civilization, international law – which is an integral part of the domestic legal system of all states in world politics – has long assumed a reciprocally common obligation to supply benefits to one another. This core assumption of jurisprudential solidarity is known formally as a “peremptory” or jus cogens expectation, that is, one that is not even subject to question. It can be found already in Justinian, Corpus Juris Civilis, Hugo Grotius, The Law of War and Peace (1625) and Emmerich de Vattel, The Law of Nations or Principles of Natural Law (1758).

In the short term, the recent US military strikes against Syria represented a reasonable and permissible instance of law-enforcement within a decentralized or still-anarchic world legal system. (Tactically, however, they will have little bearing upon Bashar al-Assad’s capacity to stay in power and to continue with his genocidal regime.) But in the longer term, which is indisputably more important, any such vigilante or “self-help” remedies will need to be supplanted systematically by something far more enduring, that is, by an altogether new and potentially universal global consciousness. While it goes without saying that no one has yet figured out just how to bring about such truly indispensable social transformations, it is similarly obvious that proceeding along the traditional course of corrosive interstate rivalries and war can never succeed.
“In the end,” cautions the classic German poet Goethe, “we must depend upon creatures of our own making.”

In the end, says filmmaker Federico Fellini, “The visionary is the only realist.”

This article first published in Jurist


In this article:Finance, Cold War