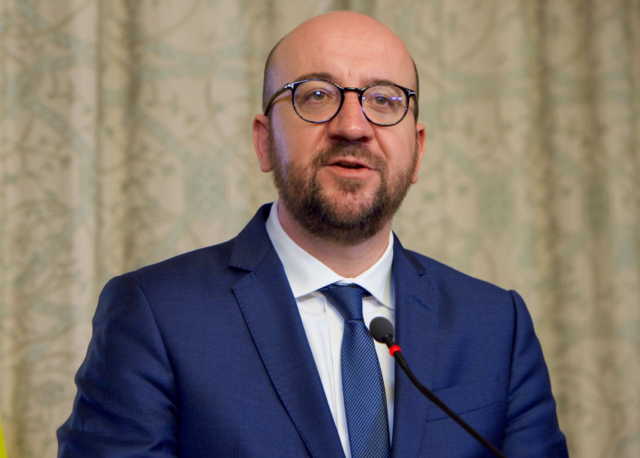 Belgian Prime Minister Charles Michel asserted Wednesday that “Without Jews, Belgium would not be the same Belgium.”

The Belgian leader spoke about the rise in antisemitism in Europe during an event at Brussels Grand Synagogue marking Israel’s 70th Independence Day. He mentioned the 2014 attack on a Jewish museum in Brussels, which claimed the lives of three people, two of them Israeli citizens, as well as the murder last month of Holocaust survivor Mireille Knoll in Paris.

“We’ve seen an increase in anti-Semitic incidents all across Europe. But I repeat: Our solidarity in the fight against anti-Semitism is uncompromising and unequivocal,” he said

He went on to say his country was taking actions to protect its Jewish community, claiming that “the situation is not as it was three years ago.”

Michel also criticized the Free University of Brussels, where he studied law, over its plan to honor British film director Ken Loach, a vocal critic of Israel.

“No accommodation with anti-Semitism can be tolerated, whatever its form. And that also goes for my own alma mater,” Michel said.

The leading university has stood by plans to award Loach an honorary doctorate on Thursday after the 81-year-old director denied accusations that his long-time support for Palestinians was in any way anti-Semitic.

Michel also stressed the “particularly strong ties” between Belgium and Israel, saying the “two countries share the basic values of democracy.” He also noted he continues to support the two-state solution.

French President Emmanuel Macron echoed Michel’s sentiments, writing on his Twitter account, “There is an old French anti-Semitism. We have to recognize it and to protect our Jewish people.”

“The French Republic would not be the same without the Jewish people. They belong to the Republic,” he added.

A “Kippah March” was held in Germany on Wednesday in a mass display of solidarity with the country’s Jewish community after a video that surfaced last week showed a 19-year-old Syrian asylum-seeker whipping a man wearing a skullcap in Berlin.

The march went ahead despite exhortations from the head of Germany’s Central Council of Jews, Josef Schuster, who advised individuals “against showing themselves openly with a kippah in a big-city setting in Germany, and wear a baseball cap or something else to cover their head instead.”