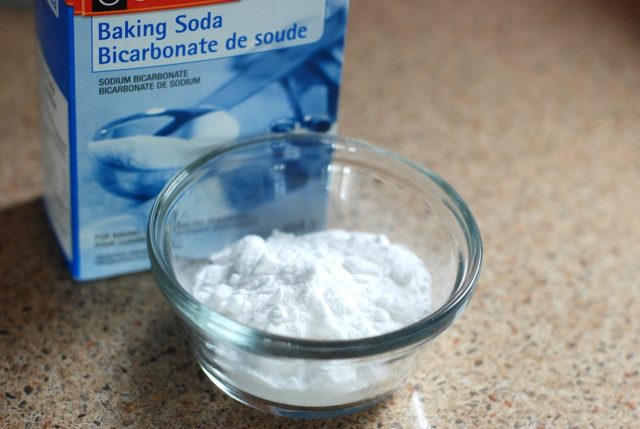 A daily dose of teaspoon of baking soda mixed in two cup water, allowing it to settle for a minute, may help reduce the destructive inflammation of autoimmune diseases like rheumatoid arthritis, and lupus erythematosus, scientists at the Medical College of Georgia say.

Some of the first evidence of how the cheap, over-the-counter Sodium bicarbonate antacid can encourage the spleen to promote instead an anti-inflammatory environment that could be therapeutic in the face of inflammatory disease.

Used since ancient times in Egypt for various medical conditions, Sodium bicarbonate have shown that when rats or healthy people drink a cup of water with baking soda, it becomes a trigger for the stomach to make more acid to digest the next meal and for little-studied mesothelial cells sitting on the spleen to tell the fist-sized organ that there’s no need to mount a protective immune response.

Dr. Paul O’Connor, renal physiologist and the study’s corresponding author said: “It’s most likely a hamburger not a bacterial infection,” is basically the message.

The MCG scientists think that drinking baking soda, tells the spleen – which is part of the immune system, acts like a big blood filter and is where some white blood cells, like macrophages, are stored – to go easy on the immune response. “Certainly drinking bicarbonate affects the spleen and we think it’s through the mesothelial cells,” O’Connor says.

The conversation, which occurs with the help of the chemical messenger acetylcholine, appears to promote a landscape that shifts against inflammation, they report.

In the spleen, as well as the blood and kidneys, they found after drinking water with baking soda for two weeks, the population of immune cells called macrophages, shifted from primarily those that promote inflammation, called M1, to those that reduce it, called M2. Macrophages, perhaps best known for their ability to consume garbage in the body like debris from injured or dead cells, are early arrivers to a call for an immune response.

In the case of the lab animals, the problems were hypertension and chronic kidney disease, problems which got O’Connor’s lab thinking about baking soda.

One of the many functions of the kidneys is balancing important compounds like acid, potassium and sodium. With kidney disease, there is impaired kidney function and one of the resulting problems can be that the blood becomes too acidic, O’Connor says. Significant consequences can include increased risk of cardiovascular disease and osteoporosis.

“It sets the whole system up to fail basically,” O’Connor says. Clinical trials have shown that a daily dose of baking soda can not only reduce acidity but actually slow progression of the kidney disease, and it’s now a therapy offered to patients.