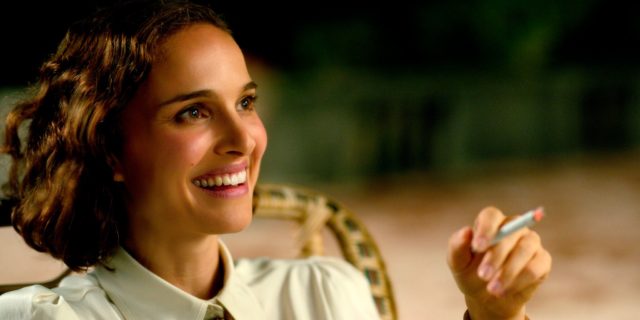 The Israeli Genesis Prize announced it was canceling its prize ceremony in June after the 2018 recipient Natalie Portman’s refusal to accept the prize. The Oscar Winner actress asked to give up the prize in light of the “recent events”

Natalie Portman’s representatives informed the foundation that “the recent events in Israel are very disturbing to Ms. Portman and she is not comfortable attending public events in Israel and cannot continue to cooperate with the ceremony in full conscience.” After several conversations with Portman and her representatives, they understood that her decision could not be changed.

On Thursday, the Genesis Prize Foundation, known as the Jewish Nobel Prize, said it was “very saddened” that the actress would not take part in the ceremony.

The Prize Commission claiming that “its organizers fear that Portman’s decision will cause the philanthropic initiative to become political, something we have tried to avoid in the last five years.”

Portman did not mention the events in Israel that caused her to cancel her participation in the ceremony, but it can be assumed that these were the last incidents on the Gaza border, during which several Palestinians were killed during demonstrations.

Last month, the award committee announced that Portman would receive a prize of $1 million, an amount to be donated to the organization of its choice.

A month later, the prize committee announced that Portman’s prize would double to $ 2 million due to the contribution of Israeli philanthropist Maurice Caen. Portman announced that she intends to donate the prize money to women’s rights organizations in areas such as education, economics, health and political activity.

Stan Polovets, Chairman, Founder and CEO of the Bereshit Foundation said: “Natalie Portman is an excellent actress, a dedicated social entrepreneur and a wonderful person. The fund’s staff has enjoyed recognition over the past six months, to appreciate its personality and to respect its right not to agree with the decisions of the Israeli government. Despite this, we were disappointed by her decision not to attend the Peres ceremony in Jerusalem for political reasons. Unfortunately, its decision could politicize our extensive philanthropic activity and even throw us into a political discussion that we did not want to take part in. ”

“The mission of the Genesis Prize is to create a non-political platform in which to unite around the achievements of the Jewish people that contribute to humanity as a whole, to reflect on the true significance of Jewish identity and values in the 21st century, strengthen the connection between the State of Israel and Diaspora Jewry and celebrate our Jewish pride – The 70th anniversary of the State of Israel, and to our disappointment this year we will not be able to realize this vision fully. ”

“We deeply apologize to all those who were hurt by this decision, especially to those hundreds of guests who planned to attend the ceremony in Jerusalem in honor of Natalie Portman and to mark the vast contribution of Jewish women to humanity as a whole. “