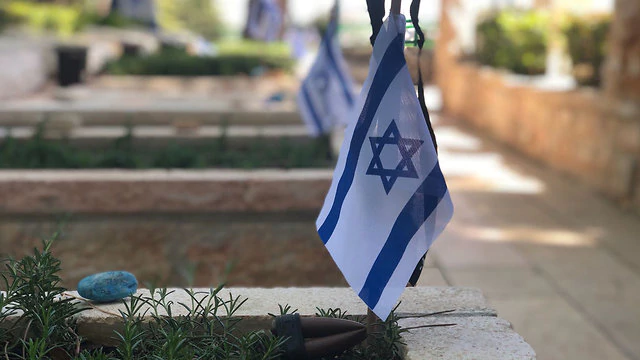 Israel will commemorate the memory of its 23,645 fallen IDF soldiers, members of the security forces and victims of terror starting Tuesday evening.

In a message marking Memorial Day, IDF Chief of Staff Gadi Eisenkot wrote to IDF soldiers, “On this day, we bow our heads alongside the bereaved families that are living the incurable pain and longing every day that goes by.

“IDF commanders and soldiers, seven decades have passed since sirens pierced the streets of the nascent state and brought silence to our country. And now once again time stands still. We halt our daily routine and stand still on streets across the country and on the side of roads. We stand together embracing our personal memories and grieving our national loss.

“We unite in cemeteries, gather around memorial monuments and at IDF bases and recall the lives that were lost in the darkness of memory—the lives of IDF soldiers and commanders, members of the intelligence community and the security forces that gave their lives together to defend the homeland,” he went on to say.

“In light of the eternal comradeship between us and our fallen brothers, we promise to strengthen and support the wounded soldiers, who sacrificed their body and soul for our safety,” he continued.

“Together, amid the pain and longing, we’ve proudly stood for 70 years and shouldered the burden of providing security to all of Israel’s citizens and residents.”

“In the name of that responsibility, the IDF stands as the people’s army, stately and professionally, working in unity towards a shared cause. In the name of that responsibility, we stand as one against any threat, preserving a powerful and prepared army, and act to fulfill our objectives to protect the country and ensure its existence,” concluded Eisenkot.

The Family, Commemoration and Heritage Wing of the Ministry of Defense released updated data about Israel’s fallen. 71 security forces personnel and 30 IDF disabled veterans who passed away as a result of their injury have been added to the list since last year’s Memorial Day.

In total, Israel has lost 23,645 people in military campaigns since 1860. 8,929 bereaved parents, 4,849 military and security forces widows and thousands of children and siblings currently live in Israel. 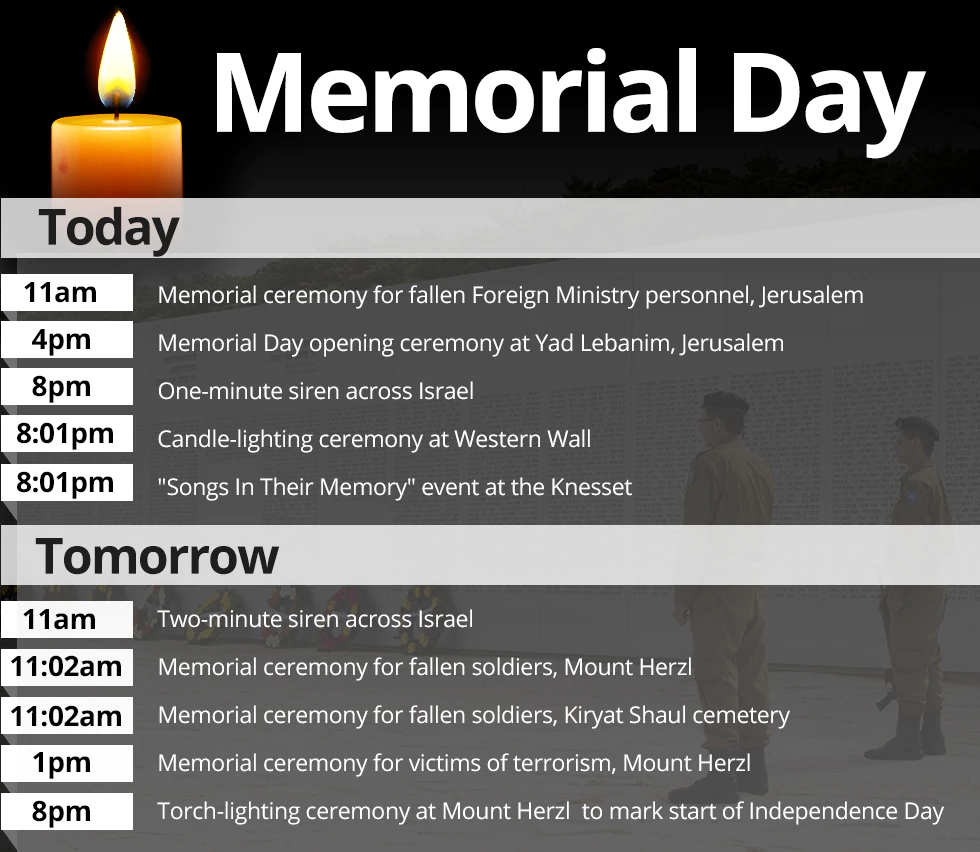 Memorial Day events began Tuesday at 4pm with a ceremony at Yad Labanim, a Defense Ministry organization that provides assistance to families of Israel’s fallen.

At 8pm, a one-minute siren will be heard across the country, while a two-minute siren will follow on Wednesday morning at 11am while friends and families of the fallen visit the cemeteries and unite with their loved ones.

Following the 8pm siren on Tuesday, the main Memorial Day ceremony will be held at the Western Wall. President Reuven Rivlin, Chief of Staff Gadi Eisenkot, Jerusalem Mayor Nir Barkat and bereaved families will all be in attendance.

In addition to state ceremonies to be held on Tuesday, local authorities across the country will also hold events marking Memorial Day.

An event titled “Memories, Songs and Stories” will be held at the Sultan’s Pool in Jerusalem at 7:45pm, with ministers Naftali Bennett and Ze’ev Elkin will attend the event.

At 8pm, the “Together in Hope” event will take place at the amphitheater of the Hebrew University’s Mount Scopus campus, as well as “Songs and Stories” with Itay Levi, Revivo’s Project and more.

At 9:30pm, an evening dedicated to songs about fallen soldiers will commence at the Gerard Behar Center in Jerusalem. A similar event will be held at Safra Square at 9pm, where animation videos will be screened as part of an artistic memorial project.

On Wednesday, Memorial Day, the Jerusalem light rail will operate an expanded train service, which will provide transportation to the memorial service on Mount Scopus. Roads in the area will be closed, and there will be changes to traffic.

In anticipation of the main ceremonies to be held on Mount Herzl, free light rail tickets will be available at the light rail station in Jerusalem’s Central Bus Station from 8am-1pm.

During Memorial Day, the Jerusalem’s Police Department and the Border Police will deploy in large numbers across the capital, particularly in cemeteries, to secure the arrival of dignitaries and bereaved families to the different memorial ceremonies.

Moreover, police will increase security in villages situated in Jerusalem’s surrounding area to prevent entry of hostile elements. Roadblocks will be set up, with forces deployed along main roads to keep the peace. 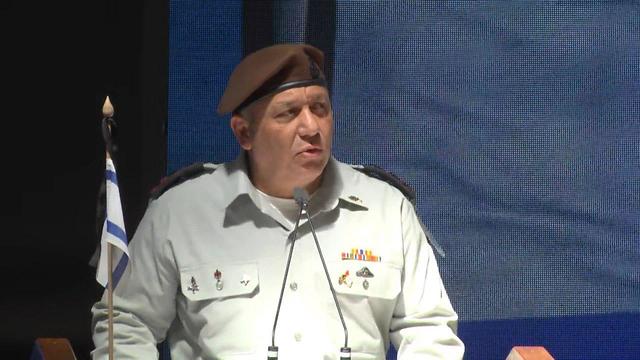 The Beit Tammi Community Center, Tel Aviv Municipal LGBT Community Center and Balfour and Gabrieli Carmel schools will hold a joint ceremony at HaBima Square at 7pm with the participation of children choirs.

At Tel Aviv’s Yad Lebanim building, an evening dedicated to songs about fallen soldiers, based on Nachum Heiman’s creations, will be held at 7:30pm.

The “Songs in the Square” event is scheduled to take place at 8:30pm on Tuesday. Eviatar Banai, Ethnix, Daniel Salomon and Dana Adini, Hanan Ben Ari, Yehuda Poliker and Yasmin Levy and many more are set to perform at the ceremony. Videos portraying personal stories of the fallen will be shown in between performances.

Ramat Gan’s main rally will commence at Rambam Square after the 8pm one-minute siren on Tuesday. This year’s rally will focus on military widows. Beareved families and Mayor Yisrael Zinger will attend the event, during which 869 wreaths will be laid in memory of Ramat Gan’s fallen.

The main “Sing and Remember” event will start at Rambam Square in the city after the main rally. Aviv Geffen, Ivri Lider, Keren Peles, Roni Dalumi, Shimon Buskila and Ramat Gan Youth Group will take part in the event. Video clips and stories of the fallen will be incorporated in between performances.

Dimona will have its main rally at 8pm at Yad Labanim with the town’s rabbis and Mayor Danny Bitton in attendance. At 9pm, an event titled “Women in Bereavement” will be held in memory of the fallen female soldier of Dimona.

Ofakim will hold its main Memorial Day rally at 7:45pm in Gan HaBanim’s amphitheater, with Ofakim’s mayor and rabbi in attendance, as well as the chairman of Yad LaBanim. Songs honoring the fallen will follow.

In this article:Finance, Memorial Day