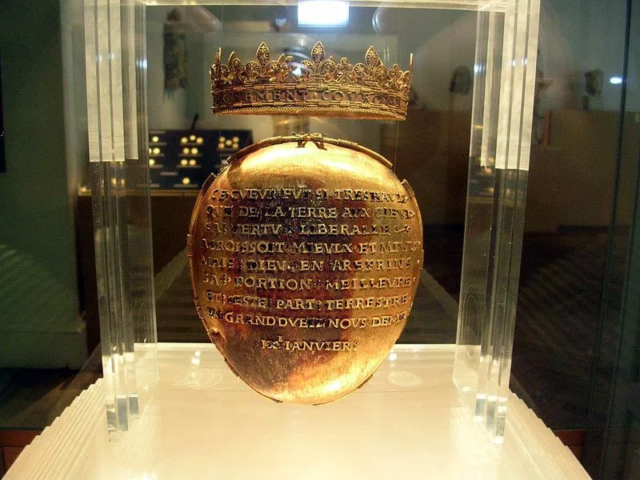 The heart of Anne, Duchess Bertrand, twice Queen of France, was kept in a golden box at her request. The historical item survived the French Revolution and was jealously guarded by the inhabitants of the city of its birth for more than 130 years – until it was stolen at the end of the week. Robbers broke in through a window and stole the six-inch oval case despite setting off an alarm.

The Duchess of Brittany, reputed to be the richest woman in Europe, has a special place in the history of France. In 1483, her father arranged for her to marry Edward, the Prince of Wales, but the young prince disappeared, presumed to have been killed by his uncle Richard III.

However, she became the only woman to be crowned queen of France twice. In 1491, at the age of 12, the wife of King Charles VIII, and the second time the wife of Louis XII, the heir, and cousin of Charles.

In these two rounds of the throne, Anne became pregnant nine times and had six children – until she died in 1514 at the age of 36.

The Duchess was buried in the Basilica of Saint-Denis in Paris, the last resting place of the kings of France.

But while she was still alive, Anne had ordered to hold her heart in a golden box. This is not a metaphor, her heart was indeed buried separately from her body in her native city of Nantes, in western France.

In this article:Finance, Crime, Human story