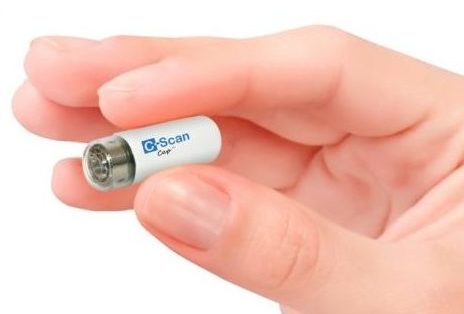 Because nearly one-third of the eligible US population and more than 60 percent of people outside the US choose to avoid the invasive endoscopic colonoscopy procedure and its laxative preparation, global screening rates remain low.

Yet evidence shows the removal of adenomatous polyps found through colonoscopy can reduce colorectal incidence and mortality.

Check-Cap, based in the northern Israeli town of Isfiya, recently received the European Union’s CE Mark for its C-Scan system, an ingestible x-ray capsule for preparation-free colorectal cancer screening.

Without undergoing any laxative preparation, the patient swallows the ultra-low dose x-ray capsule along with one tablespoon of a contrast agent and fiber supplements with each meal.

Over the next two or three days, the system collects data enabling generation of 2D and 3D maps of the colon before eliminating the capsule naturally. Physicians look at the maps on a clinical data viewer to identify pre-cancerous polyps and other abnormalities.

Only if a polyp is found, which happens in up to 25% of cases, would the patient have to get a colonoscopy.

“The first version of C-Scan was tested at multiple sites in Israel, and since we finished the CE study we’ve developed an advanced version of the capsule now in clinical study,” Check-Cap CEO Alex Ovadia tells ISRAEL21c. In March, a post-approval study was initiated in Europe to obtain more data to support commercialization.

Looking ahead to regulatory approval in the United States, Check-Cap also will initiate a pilot study to demonstrate safety to the US Food and Drug Administration, followed by a pivotal US study in 2019. 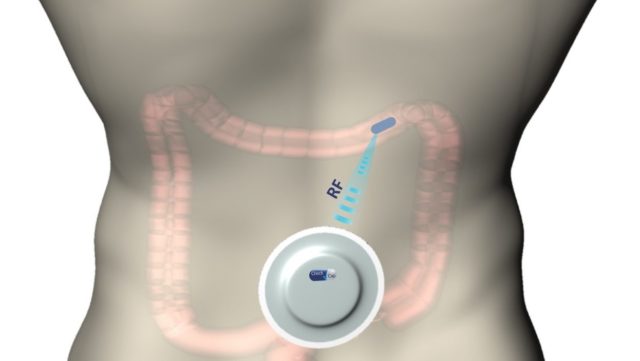 “He understood that people don’t want to get screened for colorectal cancer, so he started working on a technology that could allow for screening of the colon without colonoscopy and bowel preparation,” says Ovadia.

“It was challenging because there were so many aspects no one had ever done before. What’s unique is that the position of the capsule is tracked in real time in the patient’s body. We scan the colon only when the capsule is in motion in the colon, which limits the amount of x-ray exposure.” 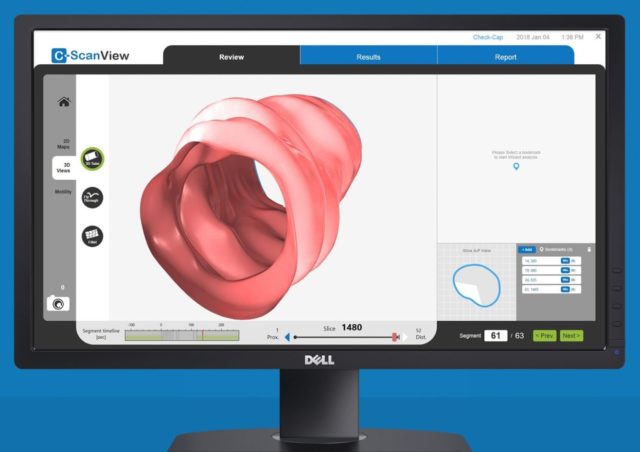 C-Scan sounds similar to a veteran Israeli product, PillCam by Given Imaging (now part of Medtronic), a pill-sized camera patients swallow to enable physicians to see inside the gastrointestinal tract without sedation or invasive endoscopy. The PillCam Colon 2 camera capsule, approved for use in Europe and the United States, provides direct visualization of the colon to identify the occurrence of polyps.

“This is a pioneering product, and once demonstrated in a larger population it will be a great breakthrough for the prevention of colorectal cancer,” Arber tells ISRAEL21c.

“Today, the preparation holds people back from doing colonoscopies. In Israel, colon cancer is the leading cause of mortality even though up to 80 or 90 percent of cases can be cured. If you can find a way to perform colonoscopy only on those who need it, that would be a huge breakthrough.”

Arber says he is waiting for the day he can tell patients who don’t want a colonoscopy that they can simply take a capsule and continue with their normal routine, with no pain, embarrassment or preparation.

“We have used it on hundreds of patients so far and we have not seen any major or minor side effects,” adds Arber. “We have published two papers on C-Scan’s efficacy and we are launching an Israeli multicenter study that I aim to complete this year.”

For now, manufacturing is being done in Isfiya. A high-volume manufacturing process is under development in the United States as part of Check-Cap’s ongoing collaboration with GE Healthcare. “We’ll provide capsules for U.S. clinical studies from there,” says Ovadia.

In this article:Health, technology, Finance