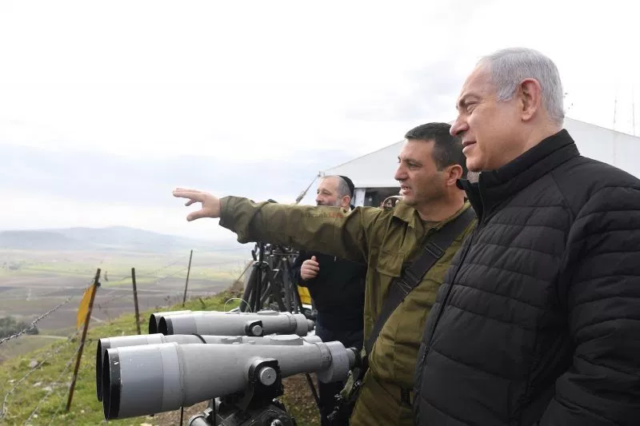 In the final analysis, of course, any Israeli judgments on launching a defensive first strike against Iran must be based upon entirely operational considerations. This means, inter alia, that even if certain appropriately supportive criteria could be discovered in authoritative international law, a preemptive strike that had calculably poor odds of success would be dismissed prima facie, or out of hand. Nonetheless, it is still possible (though increasingly unlikely) that the expected benefits of any determined preemption against a still-nuclearizing Iran would exceed the expected losses.

In that recognizable scenario, at least, an Israeli act of anticipatory self-defense could be fully rational. This conclusion is logically incontestable, or “true by definition.”

In that scenario, moreover, it would also be necessary (one might even say, “indispensable”) for Israel to have ready at hand a carefully fashioned jurisprudential argument in capable support of its then-intended military action. It follows, therefore, that crafting precisely such an argument is well worth undertaking. Here is a comprehensive and purposeful start offered from outside the Ministry of Foreign Affairs.

International law is never a suicide pact. Designed, above all, to ensure the survival of imperiled states in an irremediably anarchic world, (international law professors would likely use the term “Westphalian”), these always-binding rules include the “inherent” right of individual or collective self-defense. Furthermore, this core prerogative may be exercised not only after an armed attack has already been suffered (the expectation codified at Article 51 of the UN Charter), but also, at least sometimes, in advance. The sensitive legal issues involved in such calculations are plainly urgent for Israel, especially in the persistently-refractory case of Iranian nuclear weapons development.

The utterly key question emerges as follows: Could an Israeli preemption – a defensive first-strike – be permissible under international law?

Before suggesting an answer, it is vital to reaffirm for all states that strategy and jurisprudence represent fundamentally different and normally discrete domains of national policy assessment. Accordingly, it is plausible that Israel could have absolutely every right under international law to undertake certain necessary, discriminate and proportionate forms of preemption, but still calculate that this considered course of defensive military action would no longer be suitably cost-effective.

It is also true that an awareness of possible permissibility under pertinent law could itself become a factor in making any still-timely strategic decision.

What exactly does world law say about preemption in general? Although the written rules of the UN Charter (a major multilateral treaty) reserve the right of self-defense exclusively to states that have already suffered an armed attack, an equally valid customary norm permits a national first use of force if the danger posed is “instant, overwhelming, leaving no choice of means and no moment for deliberation.” Drawn from an 1837 event in military history known as the Caroline (it concerned the unsuccessful rebellion in Upper Canada against British rule), this usually inconspicuous doctrine builds upon the foundational seventeenth-century writings of Hugo Grotius.

Self-defense, proclaims the aptly famous Dutch scholar in The Law of War and Peace (1625), may be permitted “not only after an attack has already been suffered, but also in advance, where the deed may be anticipated.”  Moreover, in his later text of 1758, The Right of Self-Protection and the Effects of Sovereignty and Independence of Nations, Swiss jurist Emmerich de Vattel similarly affirms: “A nation has the right to resist the injury another seeks to inflict upon it, and to use force and every other just means of resistance against the aggressor.”

Article 51 of the UN Charter, limiting self-defense to circumstances following an armed attack, does not override the equally valid customary right of anticipatory self-defense. Interestingly, perhaps especially for Americans, the legal works of Grotius and Vattel were favorite reading materials of Thomas Jefferson, a former US president who expressly relied upon them for crafting the Declaration of Independence of the United States of America. As for customary international law, it is most prominently revealed as fully authoritative at Article 38 of the (UN) Statute of the International Court of Justice.

When I was still a “working professor” of international law, I instructed my students at the very first lecture about the core importance of “Article 38.”

In rendering its necessary strategic judgments, Israel should also recall Article VI of the US Constitution, and assorted US Supreme Court decisions. Both proclaim unambiguously that international law is part of the law of the United States. Although, strictly speaking, US law can do nothing to directly substantiate or justify any specific military actions contemplated by the State of Israel, it might still be referenced usefully by Jerusalem as a subsidiary “back up” to certain critical policy judgments.

Israel must also consider international law as part of its own national law, and, correspondingly, as generally binding. For US law, the confirming Supreme Court case is known as Paquete Habana(1900). For Israel, it is High Court Case Shtampper v. Attorney General, Criminal Appeal (1954), which quoted with approval the eminent British jurist William Blackstone’s original statement that “international law is part of the law of the land.” In much broader connection, of course, Blackstone’s seminal Commentaries were a principal foundation of all subsequent United States law.

In essence, the Commentaries represent the original legal system of the United States of America.

There is now one more important clarification necessary. The Caroline case noted an implicit distinction between preventive war (which is never legal), and preemptive war, which can of course be lawful. Anticipatory self-defense is never permitted merely to protect oneself against a seemingly emergent threat, but is potentially permissible when the danger posed is judged to be “instant” and “overwhelming.”

Using such a literal jurisprudential framework, it would appear doubtful that Israel, even now, could construct a currently compelling legal argument for preemption against Iran. This would be the case even if the considered Israeli self-defense operation were limited meticulously and precisely to exclusively nuclear military targets.

Nonetheless, we no longer live in the seventeenth or eighteenth or nineteenth or twentieth centuries. Grotius, Vattel, and those later jurists who were focused on the Caroline could never have anticipated the genuinely existential risks soon to be posed in the twenty-first century by a nuclear Iran. Notwithstanding even the 14 July 2015 Vienna Pact (The Joint Comprehensive Plan of Action, or JCPOA), the permissibility of anticipatory self-defense is conceivably and arguably much greater today.

A related and sometimes derivative danger to Israel is posed by certain terrorist group surrogates. If not prevented from receiving nuclear weapons or fissile materials from patron states, such proxies (e.g., Hezbollah, Hamas, al-Qaeda, ISIS, etc.) could sometime inflict authentically grievous harms upon Israeli targets that would be out of range of an adversarial nation-state’s nuclear-tipped missiles.

There is more. In world politics, irrational does not mean “crazy.” It indicates “only” that national self-preservation is valued less highly than certain other national leadership preferences. In the particular case of Iran, moreover, these “higher preferences” would undoubtedly be associated with various Shi’ite Islamic religious beliefs. Portentously, similar calculations in Jerusalem could sometime be applied to Syria.

Although it seems that a new Cold War is now taking shape between the United States and Russia, there can be no foreseeably stable nuclear balance of terror in the Middle East region. At some point after it becomes recognizably prepared to launch aggressive nuclear military operations, Iran could attempt to justify using its weapons of mass destruction against “infidels” or “apostates” – and all this despite any carefully calculated assessment of expected Israeli nuclear retaliations. In such worrisome cases, although Israel had plainly maintained capable and invulnerable forces, nuclear deterrence might still be immobilized.

Here, Iran could effectively become a suicide-bomber writ large, or a “suicide-state.”

Operationally, as indicated earlier, it may already be too late for Israel to execute anticipatory self-defense strikes against Iran. Now, after all, any such preemption would come at enormously high or perhaps even intolerable cost. But, what would be the likely eventual cost of actually allowing a militarily nuclear Iran? Jerusalem is no doubt fully aware that cyber-defense, targeted killings, and cyber-warfare may help delay (together with JCPOA strictures) Iranian nuclear capacity, but it also knows that any such partial or incremental remedies won’t plausibly stop Iran altogether.

Even now, nearing the proverbial “eleventh hour,” Israel must diligently compare all costs of alternative security scenarios, and then prepare to choose rationally between them. Ultimately, in this bewilderingly complex and possibly unprecedented calculation, international law will not and should not be determinative. Still, even if only a narrowly residual factor of anticipated policy decision, these jurisprudential criteria should be assigned a proper and prudent place.

If it should ever be determined that allowing a nuclear Iran would represent the altogether worst-case scenario for Israel, acting preemptively could then still emerge as the unassailably rational choice for Jerusalem. At that point, we have now learned, it would be exceedingly helpful to have authoritative legal guidance ready at hand, even if only to complement a coinciding resort to defensive military force.

This article was first published in Israel Defence