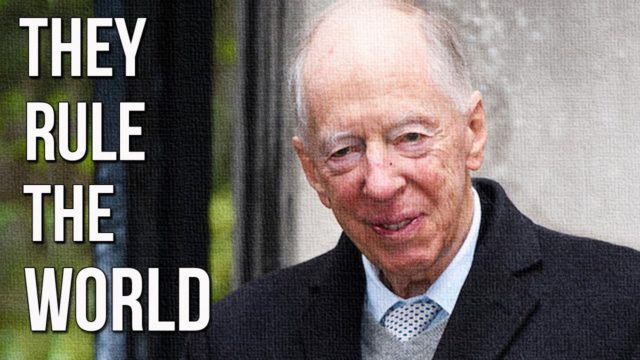 A D.C. lawmaker pushed a conspiracy theory on Friday that a family of Jewish trillionaires use “climate manipulation” to control the weather.

In his video White says:

“Man, it just started snowing out of nowhere this morning, man. Y’all better pay attention to this climate control, man, this climate manipulation,” he says.”

‘We a resilient city.’ And that’s a model based off the Rothschilds controlling the climate to create natural disasters they can pay for to own the cities, man. Be careful.” 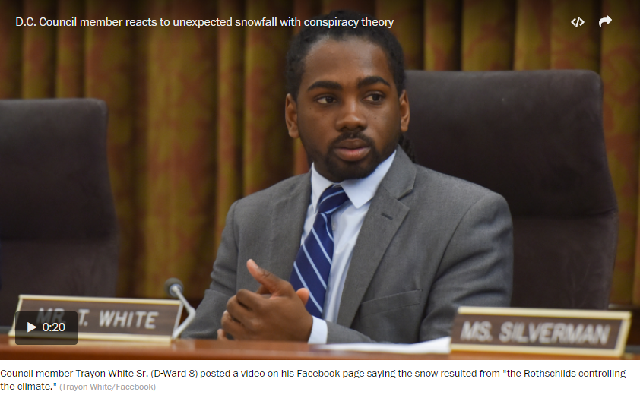 Democrat D.C. councilman Trayon White Sr. blames the Jews for the snow D.C. last week, claims it’s a conspiracy for them to take over cities.

He says it’s “a model based off the Rothschilds controlling the climate to create natural disasters they can pay for to own the cities.” pic.twitter.com/IMwNGZhpmg

The Rothschilds has repeatedly been the subject of conspiracy theories, many of which have antisemitic origins.

about four hours after The Washington Post published the story, White apology via text message.

“I work hard every day to combat racism and prejudices of all kinds. I want to apologize to the Jewish Community and anyone I have offended,” he said. “The Jewish community have been allies with me in my journey to help people. I did not intend to be anti-Semitic, and I see I should not have said that after learning from my colleagues.” 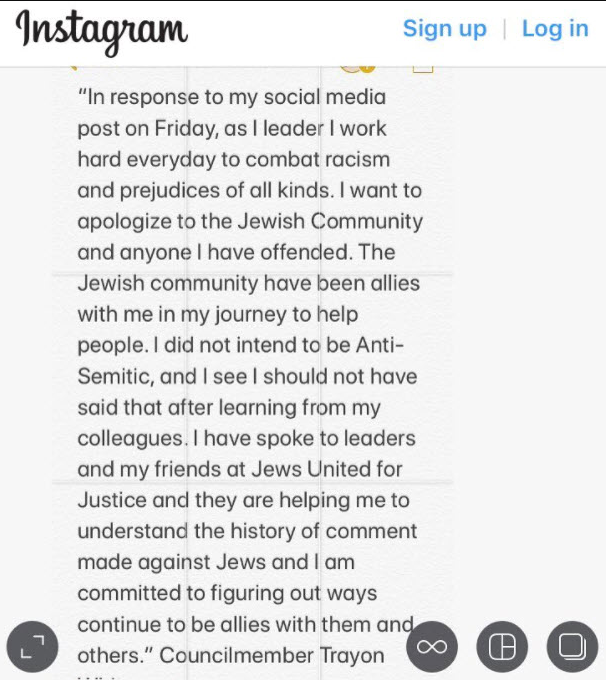 In his apology, White said he spoke with Jews United for Justice to help him “understand the history of comments made against Jews.” the Jewish organization posted a Tweet:

We spoke with @trayonwhite tonight about how his comments played into the long history of antisemitism. We look forward to working with him toward deeper understanding of antisemitism and toward our collective liberation.