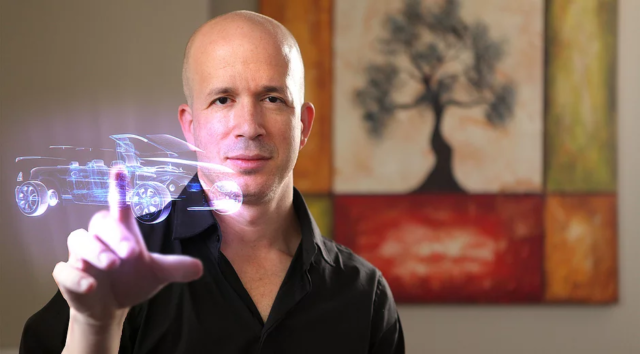 Mixed Place has filed 17 patent applications for developing an infrastructure that will allow users to position Mixed Reality digital content over the physical world. The company is at an advanced stage of development of an app that is due to be launched in within the next six months.

The company aims to develop a series of technologies that will be integrated into its infrastructure. The company first infrastructure is set to be implemented as an application in the first half of 2018. The app will allow users to create digital content which will overlay physical reality in open areas and inside buildings.

Global interest in the Mixed Reality market is reaching new heights, as giants such as Google, Apple, Facebook, and Microsoft are expanding their human, R&D, and financial resources in the field.

Similarly, Mixed Reality start-up Magic Leap has raised $1.9 billion, including $502 million in a new financing round backed by companies such as Google and Alibaba Group.

The investor PPI Worldwide Group specializes in sales promotions campaigns, including promotions projects to retail chains throughout the world. PPI Worldwide has made available to Mixed Place its operations arms in Europe, North and South America and Asia.

“The entry of Mixed Reality into our lives will be the greatest digital revolution in human history,” said Alon Melchner, “Mixed Place’s vision is to map the world and create an infrastructure, which is also known as AR cloud, that will cover it with layers of 3D digital content. Mixed Reality will create a world in which digital consumption will function intuitively as part of the real world, rather than be limited to 2D screens. This will revolutionize every aspect of life and in countless sectors of the economy, from retail and entertainment, through manufacturing, events production, transportation and defense, to education.”

Melchner added: “For example, in retail, we will be able to be digitally accompanied through means such as virtual personas or arrows, that will continously lead us from the street to the supermarket, and inside the supermarket to specific shelves and products. Soon, the digital layers will mainly appear on smartphones, and within a year or two, glasses will start replacing smartphones as a means of display. In the tourism industry, it will be possible to cover cities with layers of useful information or marketing messages, and even show within the real world how the city’s ancient sites once looked like. In education, it will be possible use Mixed Reality to take the pupils out of the classroom to give them a real educational experience through layers of digital content. These are just examples of the countless applications which will create a different reality and break down the barriers to global technological and economic development. Mixed Place will allow countless designers and development companies to be part of this revolution no later than in the next one or two years.”