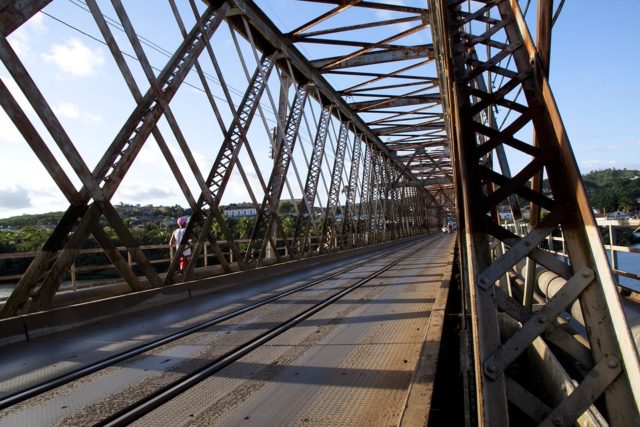 President Trump shocked many with a surprise announcement of new steel and aluminum tariffs. As of this week, all imported steel products will be subject to a 25 percent tariff, with aluminum being hit with a rate of 10 percent. Calling for “free, fair and SMART TRADE!” in a tweet defending his decision, the President’s protectionist move is intended to shore up the struggling U.S. steel industry. With the possibility of a trade war on the horizon, which countries are set to be most affected by the changes?

While China are often accused of damaging the US economy by flooding the market with cheap steel, they were actually only the 11th largest import country last year. In actual fact, the countries which will be hit the hardest by these new tariffs are in some cases key allies of the United States. Canada, for example, was the most important steel partner in 2017 with a total of 5.7 million metric tons flowing across the border.

Since the establishment of steel mills, there have frequently been times when steel producers were facing an imbalance of supply and demand. Overcapacities in the sector became the new normal when China, the world’s largest producer of steel, ramped up its production and flooded the markets, including the United States, with cheap steel: U.S. steel imports peaked in 2015, when the trade deficit reached 745.66 billion U.S. dollars. This figure fell to around 734 billion U.S. dollars in 2016. In 2015, as a result of weak demand from China’s domestic construction sector and an overall decline in GDP growth, the Chinese steel industry encountered its first annual contraction in about 25 years.

Steel is an alloy which mainly consists of iron but is typically made by combining iron and other elements. These additional elements coupled with the right temperature play a crucial role when it comes to changing the metal’s properties in terms of strength, toughness, ductility, weldability and durability. The perfect combination of iron and other elements, including manganese, carbon or base metals such as nickel and copper, help produce the type of steel that is the best fit for a certain need. The most widespread methods to alter the properties of steel include annealing, tempering, quenching and peening, as well as hot or cold rolling. Steel plays an essential role in infrastructure development and building construction, as well as in car manufacturing and shipbuilding. In light of increasing environmental awareness, it has to be emphasized that this ferrous metal is one of the most widely recycled materials worldwide. About 1.6 billion metric tons of crude steel was produced globally in 2016. That year, worldwide consumption of steel scrap came to around 560 million metric tons.