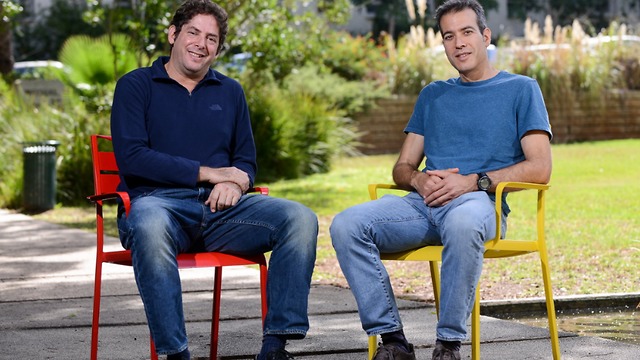 How is the composition of the bacteria that live in our bodies determined? This question is of great importance because the microbial host population affects a variety of medical aspects and the quality of our lives.

Study after study has found that our microbiome affects nearly every aspect of our health; and its microbial composition, which varies from individual to individual, may hold the key to everything from weight gain to moods.

Some microbiome researchers had suggested that the genetic differences between humans had a significant effect on the population of bacteria. According to this view, our genetics creates environments with different characteristics that affect the identity of the bacteria that can thrive in them. However, scientists at the Weizmann Institute of Science, who recently examined this question, were surprised to discover that the share of human genetics in determining the population of bacteria is very small and contributes only about 2% of the variance in this population.

The research was led by Dafna Rothschild, Dr. Omer Weisbrod, and Dr. Elad Barkan from the laboratory of Prof. Eran Segal, in cooperation with the research group of Prof. Eran Elinav of the Weizmann Institute of Science.

In an article describing the study and its findings, published in the journal Nature, the scientists rely on information from 1,000 Israelis who participate in a long-term experiment in the field of personalized nutrition.

Israel, whose population is characterized by significant genetic differences, is in this sense an ideal place for such research.

In the long-term trial, a great deal of information was gathered about the participants, including genetic makeup, microbial composition, dietary habits, lifestyle, medication and more. Analysis of the data led to the conclusion that environmental factors, such as lifestyle and dietary habits, are the ones that shape the population of bacteria in the body.

After showing that genetic variation causes only a small fraction of the variability in the bacterial population, the scientists examined links between the microbial composition and various medical parameters, such as blood cholesterol, obesity, diabetes, and more. Surprisingly, it was found that in most of the measures examined, the intensity of the relationship with bacterial genetics is equal to or even higher than the intensity of the relationship with human genetics.

The scientists say these findings indicate that in the composition of our bacteria lies the key to a better understanding of many health effects.

“Our findings give us hope that in the future we will be able to improve various health aspects, as we know that there is no practical way to change our genetics, but there are different ways we can influence the distribution of the various bacteria in our body, Reshape it. ”

Microbiology is relatively young science, so a full database of about 1,000 people is considered one of the largest in the world. The scientists say that as time passes, more and more data will accumulate in Israel and the world, so that in the future it will be possible to examine the links between microbiology, genetics and medical indices in a larger population, further strengthen the validity of current findings and discover additional links between the bacteria and our health.

In this article:Health, Weizmann Institute, Finance