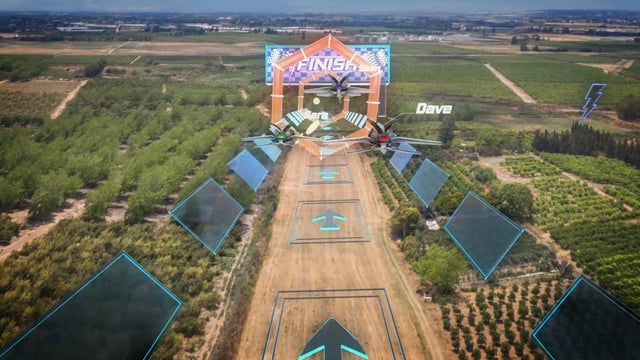 The Company will use the funding to bring its AR technology to defense, automotive, smart cities, and broadcast media.

Edgybees technology was first applied to an AR racing game for drones, released in conjunction with drone leader DJI in early 2017.

Later that year, Edgybees released First Response, a drone-flying app being used by emergency responders to orient themselves in confusing environments and to better track rapidly evolving circumstances.

The drone flying app was first used by officials operating in the Florida Keys in the aftermath of Hurricane Irma, where they leveraged mapping overlays to identify distress calls in flooded areas. First Response was most recently used by local authorities to keep firemen out of harm’s way, during the Northern California fires last October.

CEO Adam Kaplan says, “What started as technology powering a racing game is now saving lives around the world. The overwhelming response by commercial and industrial drone users looking to leverage AR, and partner with us in the fields of fire, public safety, and search & rescue has been amazing, and we can’t wait to expand the next set of drone applications into new markets.”

OurCrowd CEO Jon Medved says, “We are particularly happy to invest in groundbreaking tech companies who believe they will change the world. What makes Edgybees so special is that they have already demonstrated that their drone software can save lives in addition to making software history by enabling Augmented Reality at high speed.”

Founded in 2017 Edgybees co-founder and CEO Adam Scott Kaplan and the others in the founding team served as an executive in technology companies including Xennex Inc. (acquired by Biotime Inc.), Athoc (acquired by Blackberry), and Digital Guardian and Tonian (acquired by Primary Data);

CTO Menashe Haskin, who formally managed the Israeli development office of Amazon Prime Air and holds over 35 US patents in the fields of aerospace, video and vision processing, data processing and communication; and Director of Platform Nitay Megides, a robotics and drone expert, who served in the elite Israeli Defense Forces 8200 Unit, and specializes in drone hardware and software design and architecture.