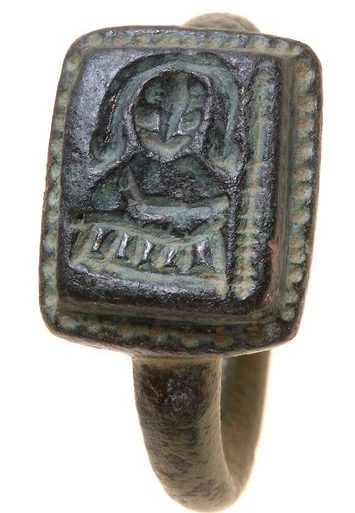 A rare bronze ring from the Middle Ages, bearing the image of St. Nicholas of Nazareth, was accidentally discovered by a gardener while gardening in Moshav Yogev in the Jezreel Valley. St. Nicholas is best known as the source of the beloved, gift-giving Christmas figure of Santa Claus.

Last Thursday, during gardening and weeding in one of the gardens in Moshav Yogev in the Jezreel Valley, the eyes of the 26-year-old gardener, Dekel Ben Shitrit, caught a whole ring between the weeds. Ben Shitrit picked up the ring and noticed that a human figure had been engraved on it. “I rubbed the ring and saw the image of a person carved into a frame,” he said. 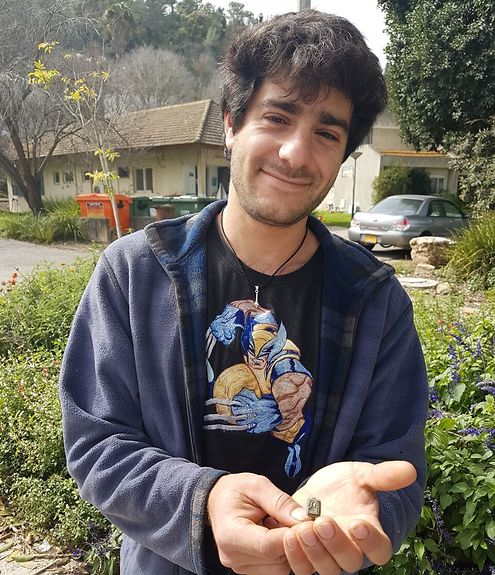 Ben Shitrit, who Kibutznik from Kibbutz Hazorea, published the ring picture on Facebook, hoping to get some information about it. His neighbor on the kibbutz, Dr. Dror Ben-Yosef, director of the Israel Nature and Parks Authority’s Lower Galilee Education Center, saw it and connected Ben-Shitrit with the Israel Antiquities Authority.

The ancient ring, dated to the 12th-15th centuries CE, was examined by Dr. Yana Tchekhanovetz, an expert archaeologist for the Byzantine period.

“This special ring is amazingly well preserved and will contribute a great deal to science,” said Tchekhanovetz. “On the ring is the image of a bald man with a staff next to him. On preliminary examination, this seems to be St. Nicholas holding a bishop’s crook – his hallmark. 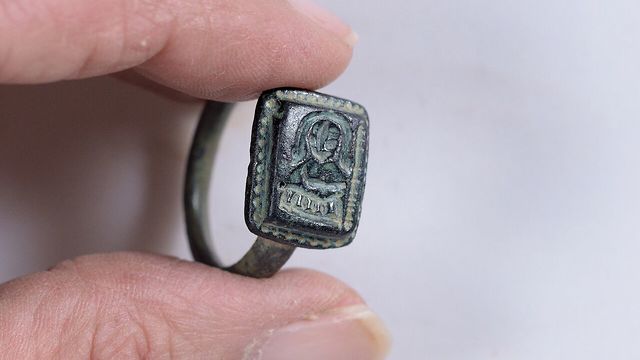 “In the Eastern Christian world,” she explained, “St. Nicholas is considered the patron saint of travelers, including pilgrims and sailors. And so Christian pilgrims to the Land of Israel from all over the Byzantine Empire (Turkey, the Balkans, Greece and present-day Russia) would carry his icon to protect them from harm. It is probable that the ring belonged to a pilgrim who sought the protection of St. Nicholas on his travels. St. Nicholas,” Tchekhanovetz added, “was believed to be a miracle worker and to give gifts in secret.”

It is quite possible that the ring that was found now belonged to a pilgrim who also sought the protection of Nicolaus. ”

Moshav Yogev is located in the Jezreel Valley, east of the Tel Megiddo National Park and the Roman and Byzantine sites.

Dr. Yotam Tepper, an archaeologist of the Israel Antiquities Authority, said: “We know that the main road leading to Mount Tabor passed by Moshav Yogev, and since then it seems to have served the Christian pilgrims on their way to the sacred sites on Mount Tabor, Nazareth and around the Sea of Galilee.”