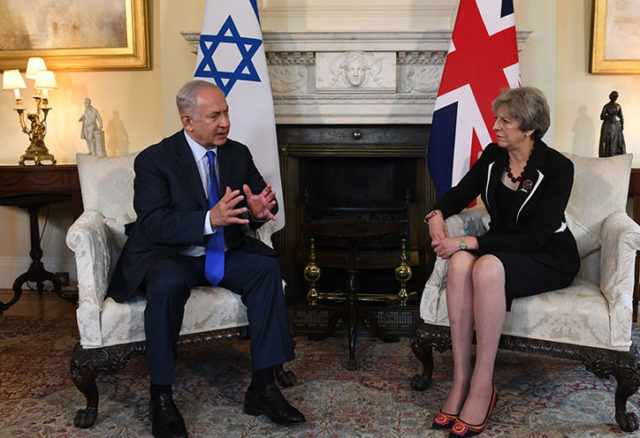 So many things have been said about Brexit since the British public decided in a 2016 referendum to leave the world’s biggest trading block. But will this unprecedented move be good for the Israelis? The short answer is ‘yes’.

Israel and Israelis can reap huge benefits from Brexit. Here are a few groups of Israelis which are already gaining from Brexit, or are expected to do so. It is important to remember that aside from the opportunities, the Brexit process also bears a number of unknown factors.

Perhaps the biggest news for Israel is a new Free Trade Agreement between the UK and Israel, which is already being negotiated between the two governments.

Currently, trade between the UK and Israel is governed by an Association Agreement between the EU and Israel. Once the UK leaves the EU, in March 2019, that will no longer be the case, and the two countries will be free to determine the best deal for themselves.

Since the Brexit referendum, the British government has declared that Israel is one of its priority markets. The UK is already Israel’s second largest trading partner in the world, and annual trade between the two countries is worth well over $7 billion.

Britain is keen to keep this growth in trade, so since March 2017 the two countries are negotiating a new Free Trade Agreement. Such an Agreement will open up the UK market to more Israeli exports, in both goods and services, and make a huge contribution to Israel’s economy; and it will also bring about an increase in the interest of UK companies in the Israeli market and give the Israeli consumer a wider range of product choice. All good things.

The UK has been for some time one of the most popular holiday destinations for Israelis, certainly for its tourist attractions but especially for shopping. Now, with Sterling’s rate of exchange giving 15% more for the Shekel (compered to pre-referendum exchange rates), the UK has become a shoppers’ paradise. From fashion to electronics, the goods at London’s Oxford Street are now more affordable for the hundreds of thousands of Israelis visiting annually.

In fact, the number of weekly flights between the two countries is on the increase, making Britain even more accessible. A few weeks ago, the UK and Israel signed a new aviation agreement, ensuring the frequent air services between them will continue after Brexit.

And let’s not forget online shopping, which has already seen British retailers Next and Asos become the darlings of Israeli online shoppers. Both platforms are on an upward growth trend and the products they sell are more affordable to Israelis because of the change in shekel-pound exchange rates.

The UK has attracted significant investment into its real estate market over the last few years. Israeli investors have not lagged behind in recognising the advantages of investment in this sector.

With the decline in Sterling’s value since the referendum, real estate is now cheaper for the overseas investor and offers attractive opportunities for Israeli investors looking for both capital growth and a high yield.

Furthermore, the British Government’s new Industrial Strategy – launched last month – envisions massive investments in infrastructure and transport. That creates many opportunities for Israeli companies who want to broaden their investments to the new markets.

The UK is the sixth largest economy in the world and offers huge opportunities for overseas companies wanting to set up operations or invest in infrastructure and regeneration projects.

In the year following the referendum, Israeli financial institutions invested over £150 million (over NIS 700 million) in such projects in the UK.

Even before Brexit was on the table, the UK was one of the easiest places in Europe to set up a business – with as little as 24 hours to register a new company. The pace of which Israeli companies are setting up in the UK or expanding there has increased in the year after the referendum – 32 companies compared to 25 in the 12 months prior.

Hundreds of Israeli business people have participated in Brexit-related events organized by the British Embassy, where they learn about what it will mean to work with Britain in coming years. Many more such events are planned – highlighting the huge local interest in doing business with Britain.

There is particular interest by Israeli companies dealing with environmentally-friendly projects. British government is looking to become more efficient and energy-saving projects are one of its top priorities as Brexit nears.

In the past three years alone, Israeli investors injected over £300 million (NIS 1.4 billion) into infrastructure projects in the UK.

Needless to say that Israel, with its developed economy, is a potential destination for many of those companies. Since the referendum, executives from major British companies are flocking to Israel in large numbers – including Marks & Spencer, Rolls-Royce, Top shop, and the Royal Bank of Scotland. They all search for new business opportunities in Israel.

The UK has a lot to offer in terms of innovation and quality but has sometimes found it difficult to compete on price in the Israeli market. This has now changed and imports from the UK are more competitive and growing. In the past few months, Israeli consumers have been introduced to an array of newly-imported British products, such as Vispring beds, Joe Malone fragrance, Bendicks chocolates and even police scooters by the UK’s Eco spin.

Since the referendum, the UK has increased the number of visas for skilled workers and this is likely to be of major benefit to Israeli entrepreneurs seeking skilled staff for their business projects in the UK. They will join dozens of other Israeli tech companies which are already active in the UK, enjoying one of the biggest tech hubs in the world.

Barry Grossman is the Director of the Department for International Trade at the British embassy in Israel.

In this article:EU, Finance, Israel-UK, Brexit