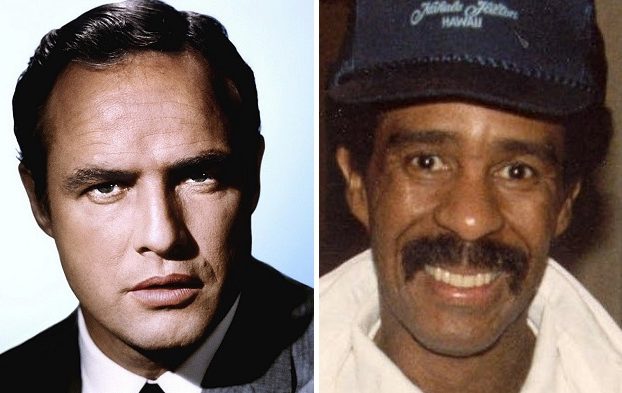 Richard Pryor’s widow Jennifer Lee Pryor has confirmed to TMZ that the bisexual late husband comedian would be cracking up about him hooking up with Marlon Brando being made public. She explains: “It was the ’70s! Drugs were still good, especially quaaludes. If you did enough cocaine, you’d fuck a radiator and send it flowers in the morning,” she said.

The 85-years music producer Quincy Jones was the one who first mentioned in an interview to Vulture Yesterday:

He said: “Brando, the actor, and Jones were longtime friends. During a down period in Jones’s life, he spent time on the island in Tahiti which Brando owned. The two called each other Leroy, owing to a story recounted extremely well (one among many) in this recent GQ profile. used to go cha-cha dancing with us. He could dance his ass off. He was the most charming motherfucker you ever met. He’d fuck anything. Anything! He’d fuck a mailbox. James Baldwin. Richard Pryor. Marvin Gaye.”

“[Frowns.] Come on, man. He did not give a fuck! You like Brazilian music?”

The claim sent the social networks into a frenzy.

Jennifer Pryor tells TMZ … Richard would have no shame about Quincy’s comments. She says the comedic legend was always very open about his bisexuality with friends and documented it extensively in diaries, she’ll publish later this year.

What were your first impressions of the Beatles?

That they were the worst musicians in the world. They were no-playing motherfuckers. Paul was the worst bass player I ever heard. And Ringo? Don’t even talk about it [,,,]

You worked with Michael Jackson more than anyone he wasn’t related to. What’s something people don’t understand about him?

What’s something you wish you didn’t know?

[Chicago mobster Sam] Giancana. The connection was there between Sinatra and the Mafia and Kennedy […]

…I used to date Ivanka, you know.

Yes, sir. Twelve years ago. Tommy Hilfiger, who was working with my daughter Kidada, said, “Ivanka wants to have dinner with you.” I said, “No problem. She’s a fine motherfucker.” She had the most beautiful legs I ever saw in my life. Wrong father, though […]