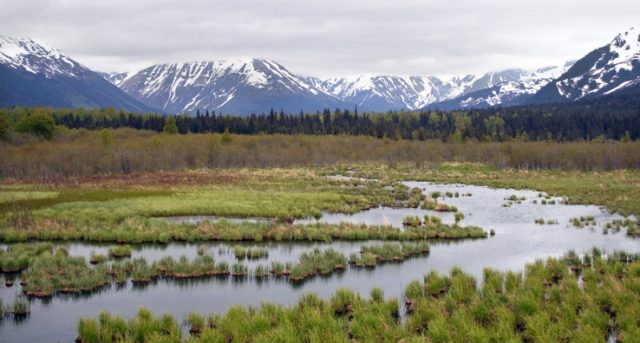 Scientists have discovered a massive reservoir of toxic mercury, which is a neurotoxin, hidden in the northern hemisphere. The discovery has substantial threat to the health of humanity, and ecosystems worldwide.

The study found more than 15 million gallons of mercury. That is roughly 10 times the amount of all human-caused mercury emissions over the last 30 years, based on emissions estimates from 2016.

The research also found all frozen and unfrozen soil in northern permafrost regions contains a combined 1,656 gigagrams of mercury, making it the largest known reservoir of mercury on the planet. This pool houses nearly twice as much mercury as soils outside of the northern permafrost region, the ocean and the atmosphere combined. That amount is equivalent to about 50 Olympic pools.

The melting of the Arctic permafrost would release powerful, greenhouses gases and a considerable amount of fearsome mercury as climate change gets worst.

The study, published in the journal Geophysical Research Letters, led by Paul Schuster, a hydrologist at the U.S. Geological Survey in Boulder, Colorado.

“This discovery is a game-changer,” Schuster said in a news release. “We’ve quantified a pool of mercury that had not been done previously, and the results have profound implications for better understanding the global mercury cycle.”

Washington Post reports that the researchers took cores from permafrost across Alaska and gauged the levels of mercury and extrapolated them to determine how much mercury is in the permafrost across the globe covering large areas of Canada, Russia, and other northern countries.

According to Kevin Schaefer, the study a co-author, the National Snow and Ice Data Center in Boulder, Colorado, added that the figure could represent the buildup of mercury during and since the last ice age. He further noted that as permafrost thaws in the future, some portion of this mercury will get released into the environment, with unknown impact to people and food supplies.

The release of mercury into the atmosphere could affect the food supply such as fish species that would not be safe to eat. This implication could stress the ecosystem and impact the native people that rely on them for survival.

The mercury could be taken up by microorganisms and transformed into methylmercury. This form of mercury is a dangerous toxin that causes neurological effects in animals ranging from motor impairment to birth defects.

“There’s a significant social and human health aspect to this study,” said Steve Sebestyen, a research hydrologist at the USDA Forest Service in Grand Rapids, Minnesota, who was not involved with the new research. “The consequences of this mercury being released into the environment are potentially huge because mercury has health effects on organisms and can travel up the food chain, adversely affecting native and other communities.”

“Rural communities in Alaska and other northern areas have a subsistence lifestyle, making them vulnerable to methylmercury contaminating their food supply,” Mutter said. “Food sources are important to the spiritual and cultural health of the natives, so this study has major health and economic implications for this region of the world.”

In this article:Finance, climate change