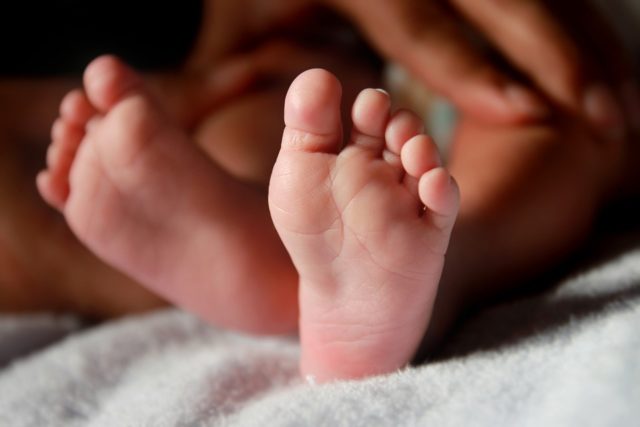 The Asian nation, which has grown accustomed to hearing reports of sexual assaults, finds it difficult to digest the following story: Indian police said they arrested a 28-year-old on suspicion of raping his cousin, an eight-month-old baby girl. NDTV reported Tuesday that the baby from New Delhi was attacked on Sunday and was in a serious but stable condition.

The press agency Press Trust of India reported that the baby had been brought to a hospital and was bleeding and admitted to an operating room. The arrested man lives in the same building as the baby’s family.

Swati Maliwal, head of the Delhi Women’s Affairs Committee, a government body charged with investigating issues related to women’s safety, visited the hospital to check on the condition of the baby who was attacked. “How can New Delhi sleep today when an eight-month-old baby has been cruelly raped in the capital, have we become so insensitive or are we just accepting it as our fate?”
The New Delhi police said the baby was with her aunt at home while her parents were at work. When the baby’s mother came home she found her daughter bloody and crying. The aunt said that her son had played with the baby for a while, but it was not clear exactly where the aunt was at that moment.
The baby’s parents took her to the hospital and after undergoing a medical examination it became clear to everyone that she had been raped. From that moment the police entered the picture and opened a criminal investigation. “The baby’s condition is terrible,” she told the New Delhi Women’s Affairs Committee. The baby is connected to a respirator and reportedly underwent several surgeries.
“Her heartbreaking cries could be heard in the intensive care unit of the hospital,” she told BBC News. She is suffering from serious injuries to her internal organs. “She also called on Indian Prime Minister Nerandra Moody to deal directly with the issue of” increasingly tough police laws “to protect girls in the country.
In India in 2017, there were reports of nearly 11,000 cases of child rape. In New Delhi alone, an average of three children are raped every day. The city, known as the rape capital of India, made headlines in this context after a young student was the victim of gang rape in a bus in 2012, and a few days after her attack she died in a hospital.