Joe Kennedy III, the grandson of Robert Kennedy and grandnephew of John F. Kennedy, can do more right now to convince people that Trump is wrong for the United States and the world during his rebuttal on Tuesday to Donald Trump.

The F.B.I., e-mails deleted and bleached, Benghazi, and the Hillary Clinton demise. “Lock her up” was an important message that Donald Trump campaigned on. I was waiting for his arrest for inciting people to commit violence as an Africa-American was punched at one of his rallies. That case was settled in hugs in court and I wouldn’t be surprised if the victim did receive a financial payment that went through some offshore entity or other Trump supporter to show the perpetrator and the victim hugging as they made peace.

At this time, I have contacted the office of Congressman Joe Kennedy III who is scheduled to offer a rebuttal to Donald Trump’s State of the Union Address and I provided staff of the congressman with articles full of information about Trump’s mishandling of our nation which have been reported in the Jewish Business News. There will be more coming. I played a role in the election of Doug Jones for Senator of Alabama against Roy Moore.

Back in January of 2017 something happened in Alabama that impacted later in the year. There are plans now to revisit what took place and go national with it to cause an upset in the midterm races.

Here is the timeline of my effort to save the Hillary Clinton campaign for President of the United States.
October 12, 2016 An email was sent to Carl Heastie who is an assemblyman and head of the Democratic Party in New York. There was no reply.

Calls were made to the Bernie Sanders campaign. There was no reply.

There was a call and text messages sent to an officer of the Democratic Party in North Carolina as Bernie Sanders went to that state to campaign for Hillary Clinton. There was no reply.

Donald Trump now says that Hillary went for the popular vote and he went for the electoral vote. This comes from a man who wanted to prove to the world that there was fraud and he lost. 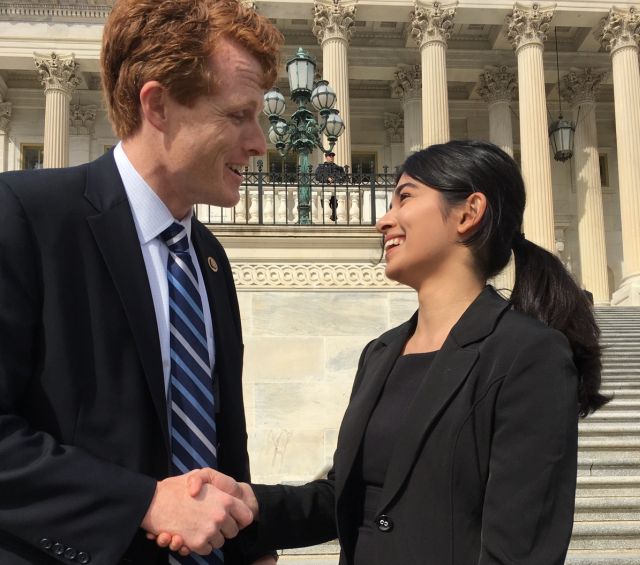 In winning the Election of 2016, Trump made people look at the things that contributed to Clinton’s loss just as people would have had to explain Trump’s loss, which would have included poor preparation, few policy proposals, and otherwise real criteria. I chose to sit out the campaign. Give this some thought. A Dominican-American who has helped me a lot, wanted to know if I would sit down with Hillary Clinton and I turned it down. Hillary Clinton’s office attended my first G.E.D. Roundtable in New York City over a decade ago and that, to me, was the highlight of my event. But time eroded my feelings. Her stint as Secretary of State troubled me. I had been at the Presidential Forum of President Antonio Saca in 2005 and I wanted to help El Salvador very much.

I visited the Embassy of the United States in the Dominican Republic to share ideas with the ambassador, but I arrived too early and the ambassador had not yet arrived after the announcement was made. I returned to New York disappointed. Weeks later at a White House event at the Organization of American States, that ambassador sat down at my table and we left the event many hours later in the afternoon together. Then I got the meeting that I wanted very much on another trip to the Dominican Republic. That appointment finally was accomplished with the help of someone who was working with the Robinson Canó Foundation.

The ambassador felt that helping Dominican baseball players with their high school equivalency was a good idea as educational programs were being developed in the Major League Baseball camps in the Dominican Republic. Bryce Harper, who would later become one of the dominant baseball players in the big league, had already become someone I was talking about because earning his G.E.D. and completing some college allowed him to sign a $10 million contract with Major League Baseball. The ambassador and I were on the same page on that one. The person in the embassy who arranged the meeting in only five minutes went on to become the head of Latin-America in the Obama Administration and Hillary Clinton was his boss. This effort went nowhere.

Time passed by and I grew increasingly frustrated. Clinton’s ambassadorial appointee to El Salvador I had met on two occasions over the years, once in Yonkers, New York at a Puerto Rican event and again at a television station in Brooklyn, New York. I was not impressed at all. That was all about how people talk. Think Trump and you must know what I mean. Representing Puerto Rico at that moment, she spoke and said that no Puerto Rican would be left behind, but that is exactly what people in government were doing to people. I wanted to help the youth of El Salvador and didn’t get the opportunity. Right now, many years later, I am in close touch with a pastor in El Salvador who is helping to transform hundreds of former gang members among the 60,000 who belong to gangs there.

In this article:Finance, Hillary Clinton