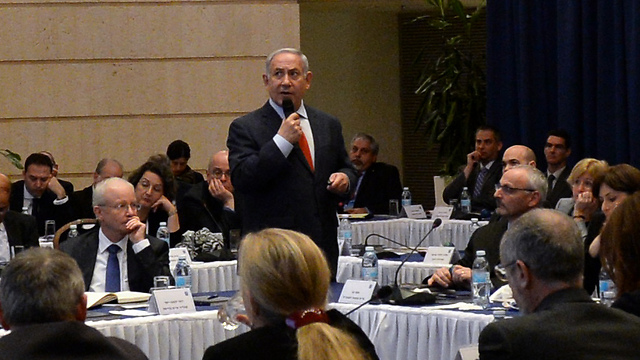 Prime Minister Benjamin Netanyahu said Sunday evening that he wanted to send a clear message to Palestinian Authority President Mahmoud Abbas that there is “no alternative for American leadership” in mediating the peace process between Israel and the Palestinians.

Speaking at the ambassadors’ conference at the Foreign Ministry in Jerusalem which coincided with US Vice President Mike Pence landing at Ben Gurion Airport for his three-day trip to Israel, the Israeli premier said he welcomed “a great friend of Israel,” whom he intended to discuss peace and security. “He has landed here and we will welcome him with warmth and pride.”

“On peace, I have a message for Abu Mazen: There is no alternative for American leadership in the diplomatic process. Whoever is not ready to talk with the Americans about peace, does not want peace,” Netanyahu said.

“On security, I have a message for the countries of Europe: I suggest that they take President Trump’s words seriously. If they want to preserve the nuclear agreement with Iran, they must propose amendments to the agreement that will prevent Iran from going nuclear, which threatens them and the entire world,” he continued. 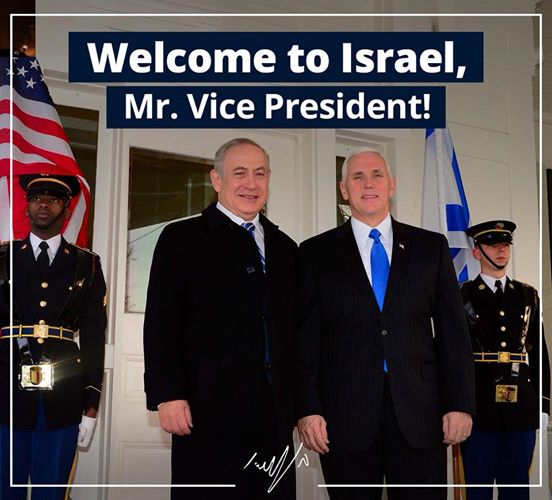 Netanyahu then went on to highlight what he described as “significant and dramatic changes” taking shape in the Middle East bis-a-vis relations with Israel.

“This gainsays the notion that the only way to be accepted by the international community is by solving the Israeli-Palestinian conflict, which I hope will happen with President Trump’s help,” said the prime minister after recalling his recent diplomatic visits to six continents.

“There is a tremendous change in our abilities, in our position in the world,” he boasted. “This dramatically alters the diplomatic abilities of the State of Israel.”

Pence began his visit to Israel on Sunday evening after Palestinian leaders announced their intention to shun him over the US’s recognition of Jerusalem as Israel’s capital.

Last week, Abbas delivered a diatribe during a conference of the Palestine Liberation Organization (PLO)’s Central Council Sunday evening, claiming that “Europeans wanted to bring the Jews here to preserve their interests in the region. They asked Holland, which had the world’s largest fleet, to move the Jews.”

Slammed by the Israelis, Abbas’s harangue against Israel was also extended to the US and President Donald Trump personally, when he vowed “We will take instructions from no one. We stick by our people, our land. We say to Trump, we will not accept his deal. The deal of the century has become the slap in the face of the century.”

Hours before Pence landed in Israel, MK Ahmad Tibi (Arab Joint List) described him as “one of the most extreme and delusional people in the American administration” and explained why his party intended to boycott Pence’s address to the Knesset.